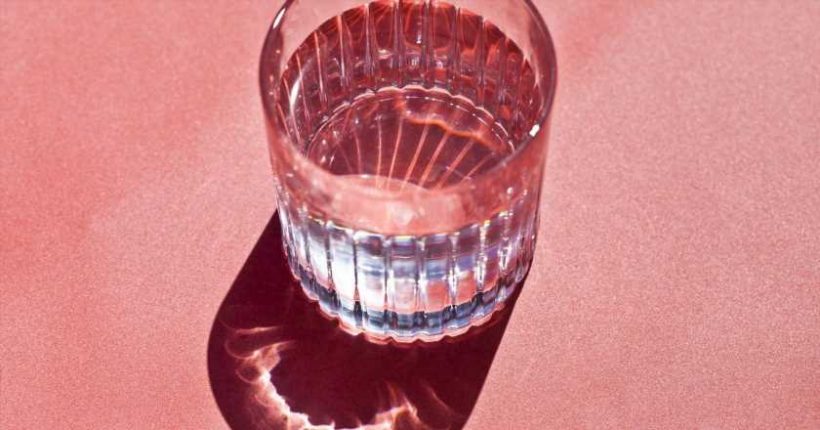 A new study says that eight glasses of water a day is too much, while scientists have been taking to the radio to call out what they tag as #hydrationbollocks.

To be really “well”, you’ve got to do four key things: eat a balanced diet, move daily, get a decent night’s sleep and hydrate. And while that last one is particularly important in the summer, most of us refuse to go anywhere without a bottle of H20.

But an increasing number of experts are growing exacerbated at what they call “hydration bollocks”. While no one is disputing the fact that staying hydrated could extend our lifespan or that dehydration can be medically serious, the whole push to get everyone drinking six-to-eight glasses a day is a myth.

In fact, a new study from the University of Aberdeen has found that, for most people, drinking 2L or eight glasses of water a day is too much. It’s led scientists to recommend drinking 1.5 to 1.8L a day instead.

They surveyed over 5,000 people aged between eight days and 96 years, from 23 different countries. Everyone was assessed to see how quickly water in the body was turned over, and the results led scientists to conclude that current guidelines are unnecessarily high for most people, even when those living in hotter climbs were factored in.

Signs of dehydration: “Why am I so thirsty at night and is it normal to wake up for a drink?”

But this isn’t the first time scientists have called out the hydration orthodoxy that seems to dominate health and wellbeing spaces. Talking on a recent episode of the Radio 4 programme Inside Health, resident GP Dr Margaret McCartney said she’s been “driven up the wall” by NHS urine colour charts which encourage patients to match their pee colour to the chart tones (which range from white to mahogany). The charts say “One-to-three, healthy pee (pale colours), four-to-eight, must hydrate (dark colours)”, which Dr McCartney describes as “complete nonsense”.

“There’s this assumption that if you’re not drinking the required amount, something’s going to go terribly wrong… we should all be living our best lives, but it has to be done in an evidence-based way.”

Urine colour charts are found in loads of places but some experts believe they’re not based on scientific evidence.

Professor Neil Turner, kidney specialist at the University of Edinburgh agrees with Dr McCartney. “Contrary to lots of opinions you read everywhere, you should be drinking the amount you feel you need. The body is very good at working out how much water you need and telling you by making you feel thirsty,” he told the programme.

You don’t have to be drinking eight glasses of water, he says: “I’m a really big tea drinker and I hardly drink water at all,” he admitted – which isn’t perhaps what you’d expect from a kidney expert. He says that your daily fluids could come from anything, including tea, coffee “and even the occasional beer”. It’s all about drinking up to the volume that you feel comfortable with.

The only people who don’t drink enough, Turner says, are people who are ill or incapacitated to the point that they physically can’t reach a glass of water.

UK heatwave 2022: staying hydrated can increase your life expectancy – here's how much water you need

So, what about urine colour? That seems to be the go-to advice dished out by doctors when it comes to hydration and health. Is dark urine ‘bad’, light ‘good’? “Not really,” Turner says. “If your urine is dark it shows that the kidney’s doing its job at conserving water inside you and if you were to carry on not drinking, you’d begin to get thirsty – and that’s what the kidney does. It tries to keep a state in the body calm and it works together with your sense of thirst to control things.”

As for counting glasses, Turner says that the only people who actually need to watch how much they drink are those who live with things like UTIs or kidney stones – conditions that benefit from increased fluid intake.

Turner goes so far as to suggest that this obsession with hydration has been promoted by companies who manufacture water bottles and ship water around the world. “It’s very bad for the world and it’s not doing us any good. It’s very unusual for us to see healthy people come in because they’re dehydrated.”

The conclusion? Just drink if you’re thirsty or because you want a bev. If you’re flagging and you think a glass of water is going to make you feel more refreshed, go for it. If you’re craving a Diet Coke or a cup of tea, have one. But don’t force yourself to drink more fluid because you’ve seen an infographic on Instagram or a wellness influencer has said that drinking more water is the key to health.