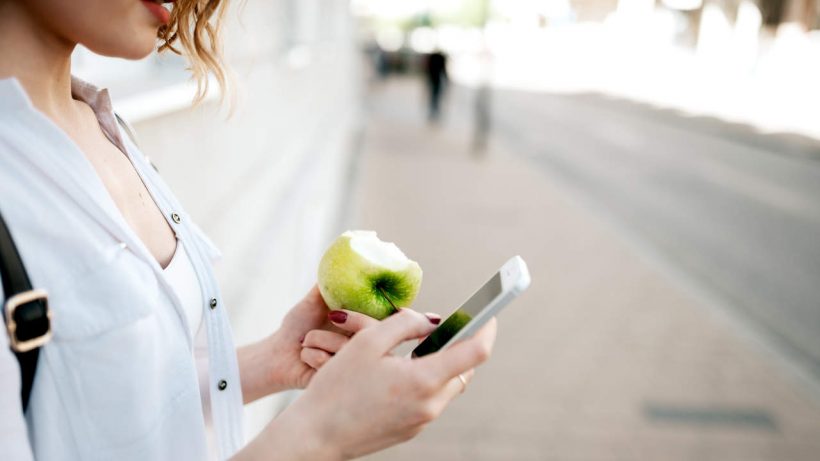 If someone told you keep track of every single thing you eat while you’re on a weight-loss plan, the first thing to pop into your head would probably be, I do not have time for that. Well, you might want to think again. Turns out, people who log what they eat for just a few minutes every day are the ones watching that number on the scale go down.

A new study published in the journal Obesity had about 150 people track what they ate for six months as part of a weight-loss program. By the end, those who lost the most weight spent just under 15 minutes a day on average logging their intake. Their motto: “Write it when you bite it.”

Just think, 15 minutes is half as long as one episode of your favorite Netflix show. It’s a fraction of the time you spend scrolling through social media at night or stressing out about things that are out of your control (let’s be honest, we all do it).

The study, conducted by researchers at the University of Vermont and the University of South Carolina, found those who lost 10% of their body weight (aka the most successful of the bunch) spent an average of 23.2 minutes recording their intake every day during the first month of the program. But by the sixth month, that time dropped to 14.6 minutes.

Recording their intake meant “recording the calories and fat for all foods and beverages they consumed, as well as the portion sizes and the preparation methods,” according to the study.

“Those who self-monitored three or more time per day, and were consistent day after day, were the most successful,” Jean Harvey, chair of the Nutrition and Food Sciences Department at the University of Vermont and the lead author of the study, said in a press release. “It seems to be the act of self-monitoring itself that makes the difference—not the time spent or the details included.”

Harvey and her team hope the study encourages dieters to use tracking apps and to realize they’re not nearly as time consuming as everyone seems to think. “People hate it; they think it’s onerous and awful, but the question we had was: How much time does dietary self-monitoring really take?” Harvey said. “The answer is, not very much.”