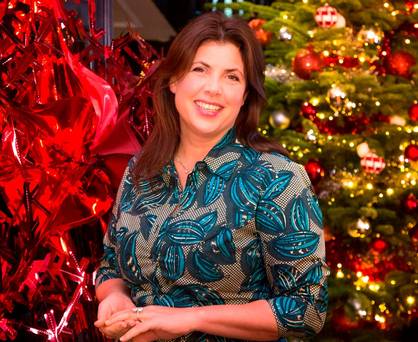 TV presenter Kirstie Allsopp has likened giving a child a smartphone to taking them to a sex shop.

The British personality, who doesn’t allow her children to have smartphones, has long declared her disdain for tech devices when it comes to children.

While Allsopp conceded this week on Twitter that it’s hard to hold out against a child longing for a smart phone, she’s standing firm for her own family.

She wrote: “Instagram makes me feel sad, inadequate, or left out more often than it cheers me up and I’m a pretty successful adult, so how much worse is it for kids? It’s so hard to hold out against a 12-year-old longing for a smart phone, but I’m sticking with it.”

“Instagram sets its minimum age at 13. It was never designed for use by anyone younger than that, and we can’t expect them to protect our kids if we have allowed them to lie to access the site.”

The mum, who has two sons Oscar (12) and Bay (10), said the excuse that “kids will get bullied if” doesn’t wash anymore.

“On the “kids will get bullied if…” argument, that applies to almost anything, we can’t teach our kids that the only way to avoid being bullied is to conform to every trend.”

She added: “With smartphones we fast forward our kids into a world they can never be prepared for at 8, 10 or even 12. There is nothing wrong with making an effort to protect our kids.”

Allsopp’s comments sparked a debate amongst her followers online.

One Twitter user wrote: “It’s out there and our kids are going to see it. All we can do is make sure they know they can ask any questions they need too and arm them with the appropriate information.”

Last year, Allsopp admitted that she smashed her two sons’ iPads after they breached the family’s screen-time rules one time too many.

She said they continued to play games like Fortnite beyond their time limits despite several warnings. She said she took the iPads and smashed them against a table leg.