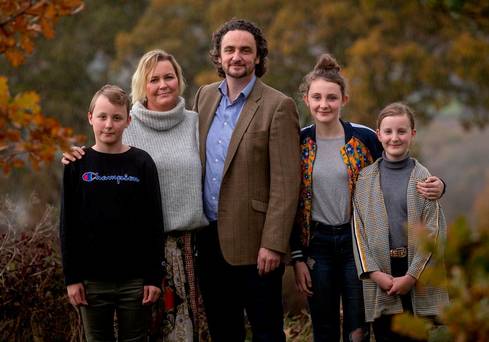 In recent months, the challenges facing rural Ireland have materialised in quick succession – the delay in the National Broadband Plan, the proposed closure of over 100 rural post offices nationwide and the anxiety around the prospect of a no-deal Brexit and its implications for the agri-food sector. Despite the gloom and doom, there are some brave souls who choose to flee from city streets and all their amenities to quieter, greener environs and a more tranquil life.

These refugees from overpopulated, unaffordable cities and their stressful, arduous commutes, air pollution and rat-race aggression have certainly defied convention in their migration from urban to rural. However, by moving against national population trends, people are also carving out new opportunities and a better quality of life for themselves, and their families.

Advantages such as clean air, cheaper housing, a vibrant sense of community, and more space are appealing reasons to move to rural locations, but other aspects of rural life – including the lack of public transport, long, dark winters complicated by extreme weather events, erratic rural broadband, lack of employment and the revised drink driving legislation – present obstacles to those pursuing bucolic bliss.

John Bassett and Mijke Jansen of Bassett’s Restaurant in Thomastown made the move from Holland to Kilkenny 14 years ago. While John is originally from Inistioge, Mijke is from the Netherlands. They met in London and subsequently returned to Dublin, but unable to settle, they then moved to Mijke’s native Holland for six years. However, John’s plans always included a return to Ireland to start a family: “I couldn’t imagine myself having kids anywhere other than back home.” The couple’s three children, Amber (13), George (11) and Emmy (9) were all born in Ireland.

In 2004, they returned to open a restaurant in the Woodstock estate in Inistioge, which they were forced to close after the 2008 crash. Lean years followed but John recalls that their idyllic rural location, along with their “back to basics attitude” and young family provided consolation.

Last year, they launched the new Bassett’s Restaurant in Thomastown, which John describes as “quite a vibrant town”. Mijke, who was initially wary about cultural differences in rural Ireland versus densely populated Holland – she describes how the Dutch “really protect their personal space” and how here “everybody kind of wants to know each other’s business and you know… I’m a very private person” – is now “so integrated”.

She elaborates: “There’s another side to it as well… there’s social cohesion still in these small communities and that’s what’s missing in cities and in other cultures.

“Living where we do now gives a good quality of life. Things are just not as hectic. There’s a sense of community… I think the fact that everybody knows each other can be a bit oppressive sometimes, but it also gives a lot of comfort.

“When you get to the stage of settling down and having children, I don’t think you could find a better place for children to grow up than in an area like this.” Kela Hodgins and her family, who relocated from Blackrock, Co Dublin, to Ardfield, outside Clonakilty in West Cork, experienced a transformative change in the process. Five years ago, when she and her husband, Stephen, were in their mid-40s and “doing the corporate thing and just finding that everything was just a drag”, they found Dunowen House (the former home of bass player Noel Redding from The Jimi Hendrix Experience) and within six weeks had sold their house in Dublin and moved to Cork. “A whirlwind,” she says.

They now run Dunowen House as a private luxury holiday rental home, while Kela also works on other projects and her husband works in consultancy. She is effusive about their new home: “The house is right – Clonakilty, West Cork, the community around us here made the transition just so much easier.” Her three children, (two boys and a girl) have flourished in the countryside. “They really adapted well, but they say now – ‘God, those first six months were tough’.

“We didn’t even have country cousins. Having the children is a good way of meeting new people. “I’ve been banging this drum for a couple of years… as I keep saying to people ‘I’m such a convert now to the idea [of relocating to the country from the cities]’. We still do a bit of work up in Dublin and we go up and I cannot believe the traffic… or the price of houses and the price of rent. I think, ‘why are not more people not thinking about doing it?’.”

But she concedes: “It’s not for everyone. I know a lot of our friends in Dublin, they do think we’re mad. When we moved, people were saying ‘Oh my God, you’re so brave,’ but I always thought they were saying ‘brave’ but they meant ‘crazy’.”

Kela lists varied advantages to their new home, including a closer connection to nature and the seasons, a better social life and a healthier diet and lifestyle: “I think we’ve added years to our life down here.”

Jane Gormley, mum to Paddy (13) and newborn daughter Clara, has made a new home in Allenwood, Co Kildare, having left Greystones in 2017 to live with her partner, William Mulhall, who runs a fourth generation farm that is now organic. She works for Recruiter Nation, a recruitment consultancy in Dublin, and when she informed them of her move to Kildare, they facilitated her (and other employees who lived in Kildare and Meath) by opening a Naas office. Jane explains: “So I was able to bring my job, which was brilliant, and the impact it has is amazing.”

Jane helps individuals find roles outside Dublin – “80pc of the work we do is focusing on people who want to get out of Dublin”.

In her previous working life she put in a 12-hour day: “You look at my situation with Paddy – I had a great job and really nice infrastructure around me in Greystones, and a lovely place to live, but the two of us were out of our house at 7am and we wouldn’t be back until 7pm. It was a panic station from Monday to Friday.”

Paddy now attends secondary school locally. “He’s now in a secondary school in Clane which is a nearby town… and he’s getting on really well.” She also loves him being “out in the fields and trees”.

For herself, Jane relishes “the feeling of space and sky”, “more overlap” with her son’s daily life and “a more dignified life” where she’s not chasing her tail.

She criticises the housing situation in Dublin as “not human”.

“We’re aware there are better ways of living, but it takes someone to take charge of it and I don’t think as an individual you can control all that, but you can control what you decide to do.”

Dublin-centric policies have driven people to the capital in Ireland, but cheaper and better housing, a gentler way of life, and more personal and family time continue to lure others in the opposite direction. As Kela Hodgins offers: “I feel down here we’re having a chance at a second life.”