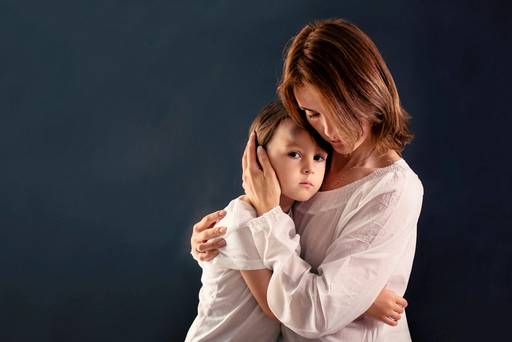 I’ve never known my dad. My Mam says that he had to go away for work when I was just a baby and that he never gets home now. When I was smaller I used to believe that 100pc, but I’m 10 now and I see other kids in my class whose dads work away, but they come home at weekends, or at holidays. One of my friends even went to America for Christmas to spend it with her dad. So I don’t know why my dad never gets home. I’ve never even had a card from him.

I’m going to have to talk to Mam about it again. I don’t really like doing that, because she always looks a bit sad when I ask about him. I don’t like to upset her. She is amazing. Most of the time I don’t even notice that I don’t have a dad, because I have her. She just does everything. She’s always there for me. But sometimes it does hurt, like when I see the other dads at camogie. It’s the dads that are our coaches and I’d love if my dad coached me.

I sometimes wonder about him. Mam doesn’t even have a picture of him. She says “oh it was so long ago, I never really took pictures”. Which is a lie. She still has tons of me as a baby on her phone. I imagine that he is big and strong. I bet he has an important job, like a fireman, or a doctor, or a helicopter pilot. I always wonder when I see the news if he works in those places where there are wars. I hope he’s a hero.

I love going to visit my friend. She has a brilliant dad. He’s always there on the weekends if I visit her. I love getting to stay over at hers on a Friday, because he makes this brunch thing on a Saturday morning. He makes pancakes and we’re allowed as much maple syrup as we like, and there’s eggs and bacon and toast and a big pot of tea. I don’t drink tea, but I love their teapot. And you always know when the brunch is ready cos he puts a CD into their speaker thing (I don’t why he doesn’t just play it from his phone…he’s quirky like that) and plays Beautiful Day by U2 really loud. It’s funny. He’s funny too. He always makes jokes. His daughter pretends to be mad embarrassed by him, but I know she loves him. I’d love him if he was my dad.

Mam is good to spot stuff though. I’d sometimes be in a bit of bad mood when I get home, because I do love their family and then when I get home ours seems so small and so quiet. It was like one day she just realised and since then she always lets me know that she sees that it’s hard for me to readjust when I get back. Once day I even told her that I wished I had a dad like him. I half thought she’d be mad at me, but she wasn’t. She just hugged me tight and said “yeah, that’d be lovely wouldn’t it. You deserve a great dad.”

I just hugged her back. I was crying then. I know she can’t change it. She would if she could. “I’d move mountains for you”, she’s always saying. She can’t make a dad magically appear though. Nobody can do that. I guess I’ll just have to keep borrowing my friend’s dad. Or my Mam’s brother is good too. He sometimes comes over and we go out for a cycle. But he has a girlfriend and they’re expecting a baby. He’ll be someone else’s dad soon.

I’m lucky I have such a great Mam though. We do fight sometimes, but I know she’s there for me. She is the best.

As imagined by David Coleman