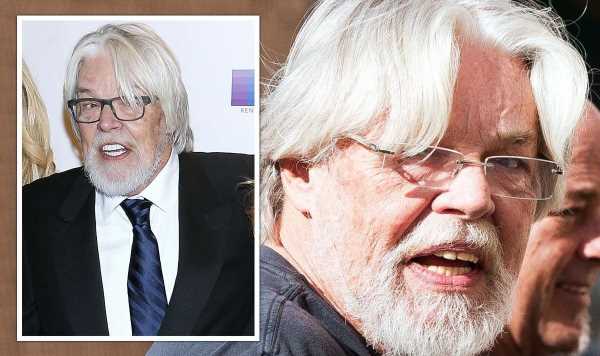 It turned out the star had a ruptured disc in his neck and his spinal cord was severely pinched – as revealed by MRI results.

“Let’s face it: I’ve been singing real hard for 52 years,” he told the Detroit Free Press after the ordeal in 2017.

“That’s a strain on the upper shoulders and neck. And I guess I finally just popped one [disc] out.”

Pinched nerves are caused when any sort of condition – such as a ruptured disc – puts pressure on the spinal cord.

The spinal cord is a bundle of nerves, responsible for sending messages from the brain to muscles.

When they become pinched, it can cause pain, numbness or weakness, according to the Mayo Clinic.

Despite the tingling in his hands, Seger carried on performing more shows.

Seger said after MRI scans he was warned by specialists: “If you start dragging a leg, run for emergency.”

“It was nerve-racking to go up there every night, singing as hard as I could,” Seger said.

Eighteen days after his first symptom, he became shocked by the realisation that his left leg was being dragged around.

His tour was cancelled and he was given a choice by specialists of different procedure options but chose a major that stayed away from his larynx, reported the Detroit Free Pree Press.

A cervical laminectomy – the procedure that Seger received at the University of Michigan hospital, is when parts of a bone in the spinal cord are removed to relieve pressure on the nerves, the NHS explains.

The lamina is the bone that has part of it removed.

However, his recovery lasted for over three months.

There are several symptoms of a pinched nerve to look out for. These include, according to the Mayo Clinic, numbness and a decreased sensation in areas supplied by the nerves.

It also includes tingling and pins and needles sensations.

The health body recommends seeing your health care provider if signs and symptoms last for several days and don’t respond to self-care.

The NHS advises people with neck pain to take paracetamol and ibuprofen, use a low but firm pillow, and try different neck exercises.