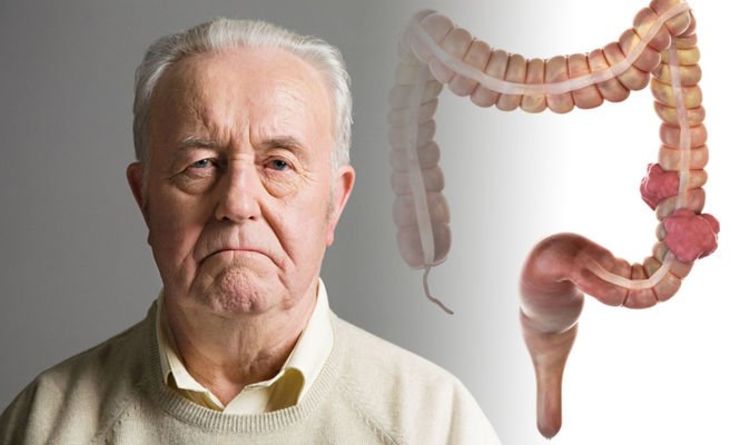 Bowel cancer can progress by infecting and destroying nearby tissues. The cancer can even travel to other parts of the body (called metastasis). Eventually, the cancer can lead to death. To improve chances of survival rates, early diagnosis is paramount.

The next time you come back from the toilet, does it feel as though your bladder has been completely emptied?

If not, this is cause for alarm. The sensation that your bladder is still partially full after releasing yourself is one symptom of bowel cancer.

Bowel cancer can either begin in the large bowel (also known as the colon) or the back passage (in other words, the rectum, a chamber that begins at the end of the large intestine and ends at the anus.

Regardless of where the cancer starts to form, the symptoms to look out for are the same (although treatment for bowel cancer can vary depending on where it began to grow).

Cancer Research UK lists the symptoms of bowel cancer for men and women as follows: 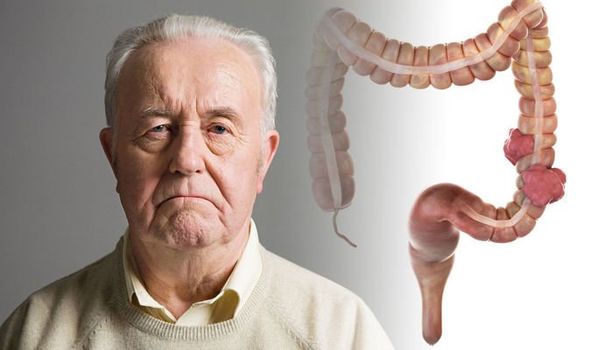 All four parts of the colon can be affected by cancer, which usually begin as small, benign clumps of cells called polyps.

Rectal cancer starts in the last part of the large bowel where stool is held until it’s ready to be passed out of the body.

Bowel cancer can spread to other parts of the body through the lymph nodes (glands) and blood stream.

One of the first places bowel cancer tends to spread to is to the lymph nodes in the abdomen.

Then bowel cancer tends to go to the liver as blood flows directly from the bowel to the liver.

Depending on the size of the cancer and whether or not it’s spread to other parts of the body forms a diagnosis as to what stage the cancer is at.

Cancer Research UK report the most common diagnostic tool for bowel cancer is the TNM (tumour, node and metastasis) staging.

The “T” in TNM describes the size of the cancer tumour, and there are four stages: 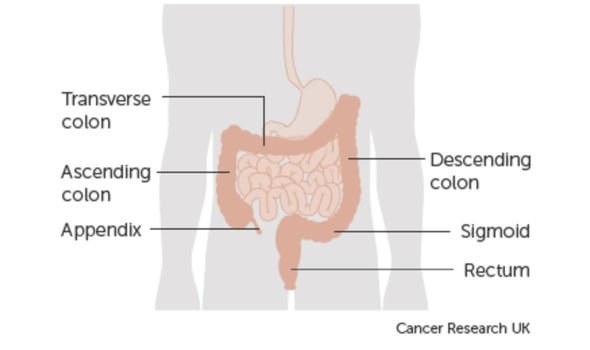 T4a means the tumour has grown through the outer lining of the bowel wall and has spread into the tissue layer (peritoneum) covering the organs in the tummy (abdomen).

T4b means the tumour has grown through the bowel wall into nearby organs.

The “N” describes whether or not the cancer has spread to the lymph nodes.

N0 means there are no lymph nodes containing cancer cells. 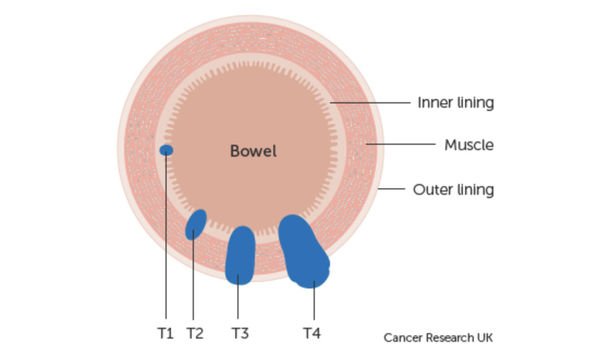 The “M” describes whether the cancer has spread to a different part of the body.

M0 means the cancer hasn’t spread to other organs while M1 is sub-divided into three parts to recognise how far the cancer has spread.

Staging diagnosis will impact the treatment plan and rates of survival.