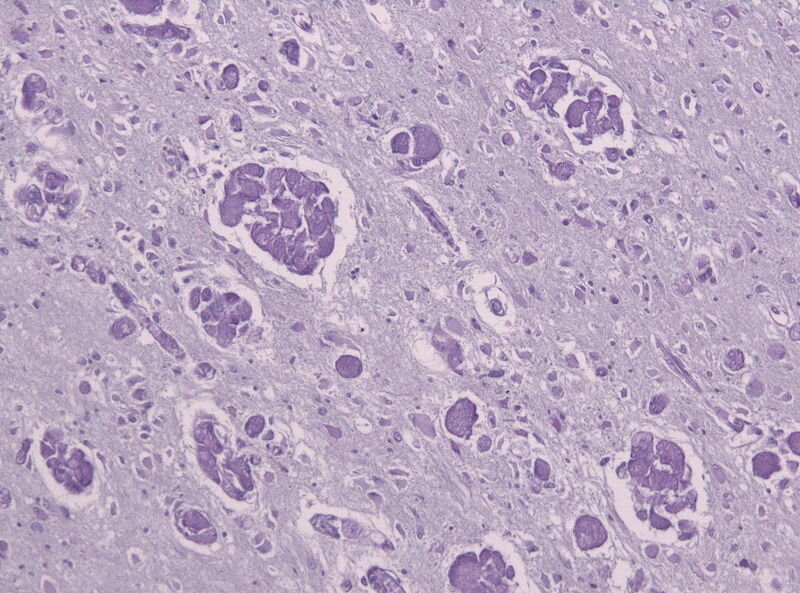 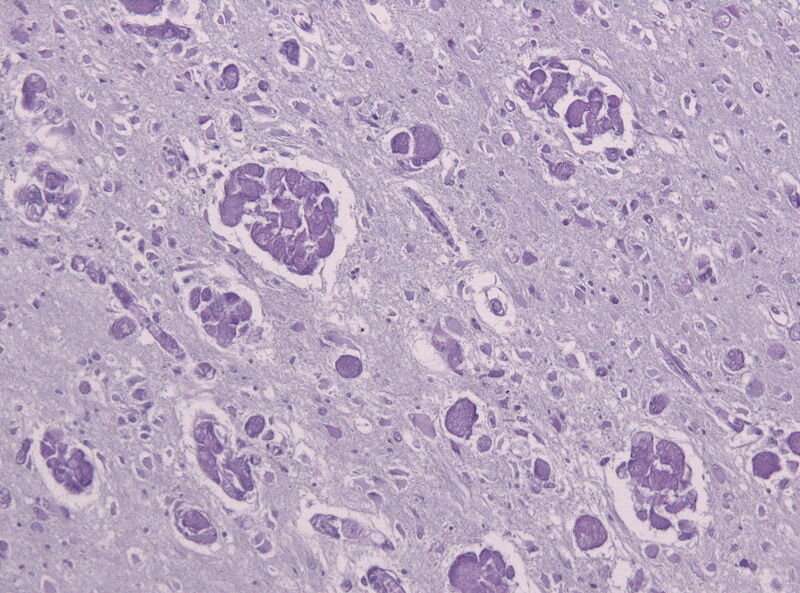 In a world-first, researchers at Newcastle University have found that the brains of infants who sadly passed away with an extremely rare genetic condition, Krabbe disease, have similar changes to those seen in two age-related brain diseases, dementia with Lewy bodies and Parkinson’s disease. Alzheimer’s Research UK funded the research that shows alpha-synuclein has the potential to spread throughout the brain. The scientific journal Brain published the findings.

Dementia with Lewy bodies (DLB) and Parkinson’s disease are both neurodegenerative diseases associated with older age. In both diseases, a protein called alpha-synuclein builds up in the brain into structures called Lewy bodies, causing damage to nerve cells.

In contrast, Krabbe disease is a rare inherited childhood disorder—with only one case in every 100,000 births. The disease destroys the protective coating surrounding nerve cells in the brain and throughout the nervous system. It is caused by a mutation in the GALC gene, with symptoms showing within the first few months of life. Sadly, the disease typically leads to death in those affected by the age of two.

The team at Newcastle studied post-mortem brain tissue of four infants who died of Krabbe disease. While they did not identify Lewy bodies in the brain tissue of those infants, they did identify changes to the protein alpha-synuclein that are normally associated with DLB and Parkinson’s disease.

In particular, the researchers noted that the alpha-synuclein protein in Krabbe disease had the ability to stick together and spread through the brain, a key change associated with dementia with Lewy bodies and Parkinson’s disease that is thought to drive the progression of both diseases.

Dr. Daniel Erskine, Alzheimer’s Research UK Research Fellow at Newcastle University, who is an expert in Lewy bodies and led the study, said:

“This phenomenon has only been reported previously in the brains of older people with neurodegenerative diseases, so seeing it in the brains of these infants is highly remarkable. These findings challenge the view that changes to the brain that underlie these forms of dementia are merely age-associated, but are instead the result of dysfunction of specific biological pathways. This is an important message, as while we cannot stop aging, we can potentially fix something that is not working properly.

“These research findings have only been made possible from the support of the families donating their loved ones’ brains for research and I would like to pay tribute to them for their generosity in helping others in a time of unparalleled grief.

“Thankfully, Krabbe disease is a relatively rare condition, however it is devastating for the families affected. Dementia with Lewy bodies affects roughly 100,000 people in the UK. Building on these findings to help develop new drugs that target this common biological pathway could change the lives of people with both conditions.”

“In dementia with Lewy bodies, the protein alpha-synuclein forms clumps called Lewy bodies inside brain nerve cells. While Lewy bodies were not found in the brains of infants in this study, researchers have shown for the first time that alpha-synuclein had a similar capacity to spread through the brain in Krabbe disease.

“At Alzheimer’s Research UK we often hear dementia dismissed as a normal part of aging. We know dementia is caused by brain diseases, and this research offers more evidence that the disease that cause dementia are caused by biological processes going awry rather than as a by-product of old age.