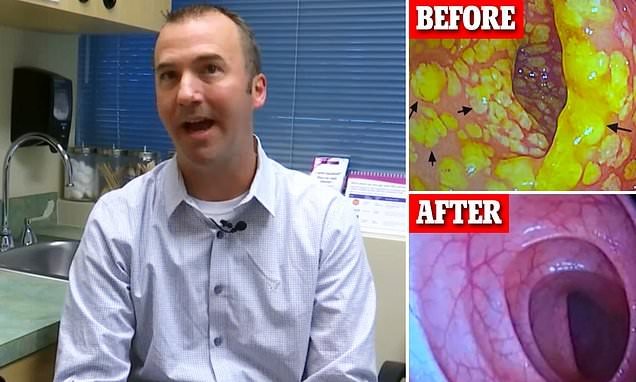 A Florida man says a fecal transplant helped save his life after he contracted an infection following a standard operation.

Douglas Lee, from Hillsborough, had his wisdom teeth removed a few years ago and was given antibiotics after the extraction to reduce the risk of a painful infection where the tooth had been.

However, the antibiotics he was given to treat it didn’t just kill off the bad bacteria in his body, but also the good bacteria – leaving him with a life-threatening gastrointestinal infection.

When no medications worked, his doctors suggested an unusual form of treatment: a fecal transplant.

Transferring a fecal sample from a healthy donor into Lee, his doctors told him, would replenish his gut with healthy bacteria and help him fight off the infection.

Within a week of the procedure, Lee said he was feeling better and, within a couple of weeks, he says his infection was gone. 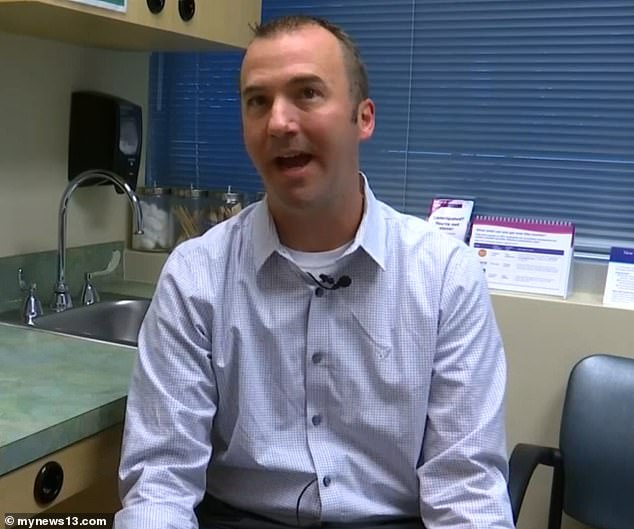 Douglas Lee (pictured), from Hillsborough, Florida, developed an infection after getting his wisdom teeth extracted a few years ago 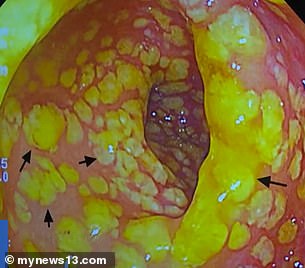 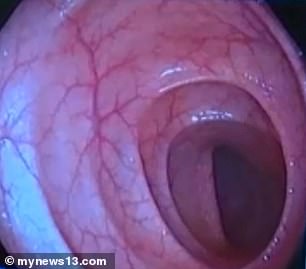 C difficile, or C Diff, is a bacterium that causes life-threatening diarrhea and colon inflammation. It usually results from taking antibiotics that kill off beneficial bacteria as well as harmful bacteria. Pictured: Lee’s colon before the fecal transplant, left, and after, right

‘I was so sick my whole life changed,’ Lee told News 13. ‘I couldn’t work a full week. I was weak all the time. I thought I was going to die.’

He was diagnosed with an infection from C difficile, or C Diff, a bacterium that causes life-threatening diarrhea and colon inflammation.

These infections usually develop after taking antibiotics that kill off beneficial bacteria as well as harmful bacteria.

WHAT IS A FECAL TRANSPLANT?

Fecal transplantation is the transfer of stool from a healthy donor into the gastrointestinal tract of a patient.

It is most commonly used to treat recurring C. difficile infection – spread by bacterial spores found within feces.

It can also be used to treat gastrointestinal infections such as colitis, irritable bowel syndrome, and constipation.

Antibiotics often kill off too many ‘good’ bacteria in the digestive tract. Fecal transplants can help replenish bacterial balance.

The stool contains roughly 1,000 different species of bacteria that act as probiotics.

The transfer is completed via:

The bacterium spreads quickly, especially in healthcare facilities where people are more likely to come into contact with it.

‘Many of these patients are very sick in the hospital,’ Dr Michael Small, a gastroenterologist at the Bay Care Medical Group, told News 13.

About 500,000 illnesses in the US each year are believed to be caused by C diff, according to the Centers for Disease Control and Preventio.

Additionally, one in five patients who get an infection from C diff will get one again.

Although antibiotics use leads to the infection, doctors may prescribe drugs that stop bacterial growth in the intestines.

Dr small prescribed several antibiotics to Lee but, when they didn’t work, he suggested a highly unusual procedure: a fecal transplant.

Fecal transplantation – which has become more popular in recent years – is the transfer of stool from a healthy donor into the gastrointestinal tract of a patient.

The stool contains roughly 1,000 different species of bacteria that act as probiotics and replenish the digestive tract with bacteria.

According to the Cleveland Clinic, the fecal donation is made within six hours of the transplant.

Once doctors determine the sample is safe, they add saline to dissolve it and run it through a coffee filter to eliminate particles. 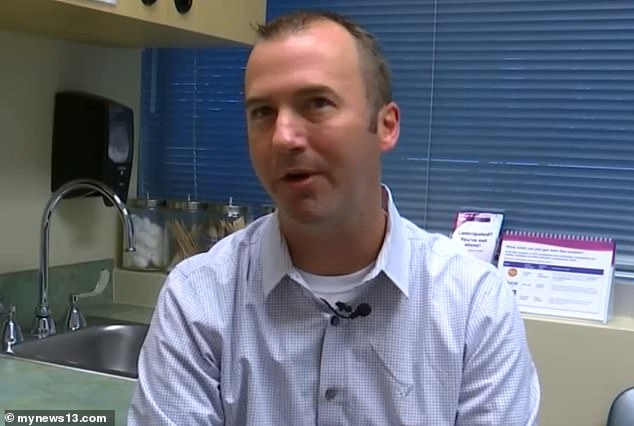 When no medications worked, Lee’s doctor suggested a fecal transplant, which is the transferring of stool sample from a healthy donor to a patient. Pictured: Lee 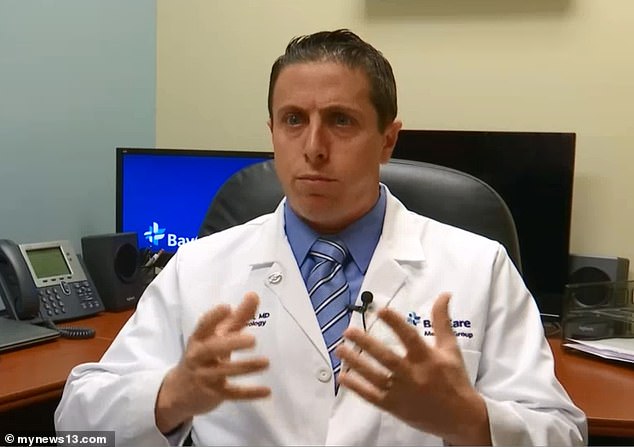 The transplant restores the balance of bacteria h in the patient’s intestines so he or she can fight off infection. Pictured: Lee’s gastroenterologist Dr Michael Small

The transfer is then made via an enema, a tube inserted through the mouth or a pill containing freeze-dried material.

Once the balance of bacteria has been restored in the patient’s intestines, then he or she can fight off infection.

Some doctors say if the fecal stools are not screened well enough, the stool could pass on a serious infection from donor to recipient.

Lee said he was certain he wanted to try once he was told what it was.

He said he started to feel better less than a week after having the transplant. Several clinical trials report success rates between 85 and 90 percent.

‘I couldn’t believe it and I tell my friends about it, and they’re like: “You’re talking about this?”‘ Lee said.