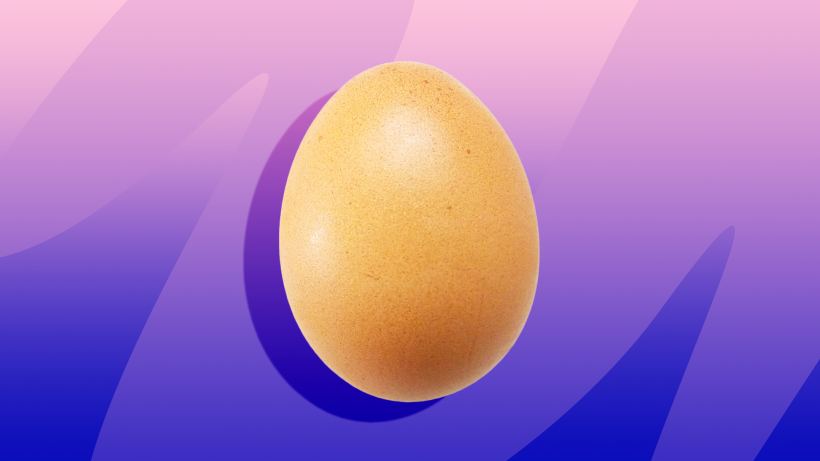 The internet is a powerful tool. It acts as a library, a news source and an entertainment device, and it allows us to stay connected to those we care about most. (Thanks, social media.) But a recent Instagram account, @worldrecordegg, also proved it can be an amazing advocacy tool. The seemingly random egg Instagram was created to bring awareness to mental health.

If you haven’t been following this eggcellant story, let’s back up: On Jan. 4, @worldrecordegg popped up on the social media platform with a single image, that of a brown (and slightly spotted) egg.  The caption on the post was simple: “Let’s set a world record together and get the most liked post on Instagram. Beating the current world record held by Kylie Jenner (18 million)! We got this,” but no further information was given. This vagueness intrigued many, and the post was liked 52 million times.

On Jan. 18, a second, nearly identical image appeared; however, this time the egg sported a small crack. And the next two posts — on Jan. 22 and 29, respectively — were the same, though the crack grew each and every time.

None of the subsequent images contained captions.

But on Sunday, all was revealed. Just after the Super Bowl, Hulu aired a 30-second episode/commercial and disclosed that “World Record Egg” was actually a mental health awareness campaign concerning social media use.

Phew! I feel so much better now ? If you’re feeling the pressure, visit talkingegg.info to find out more. Let’s build this list together ? #EggGang #WeGotThis #TalkingEgg

If you or someone you know is struggling, call the National Suicide Prevention Lifeline at 1-800-273-8255, visit SuicidePreventionLifeline.org or text “START” to 741-741 to speak to a trained counselor at Crisis Text Line.