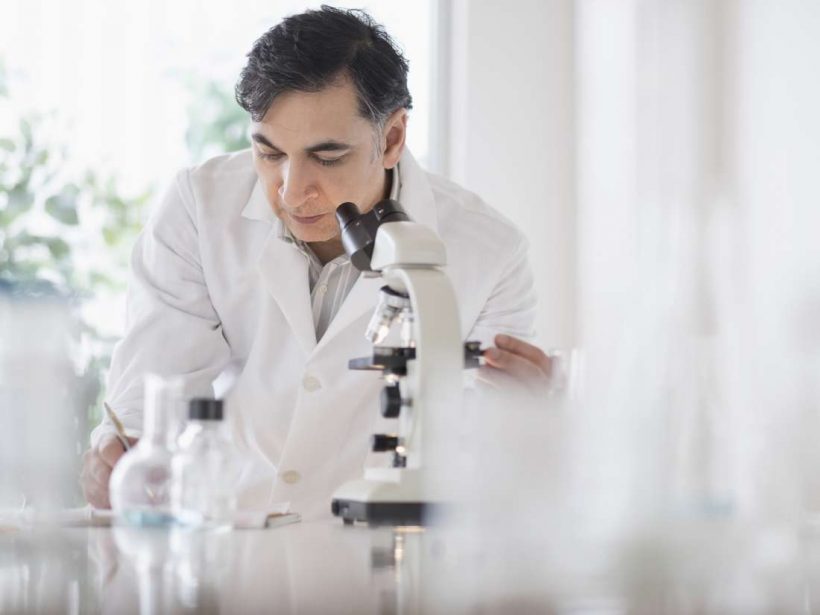 At the moment, there are many different types of cancer treatment.

These range from chemotherapy and radiation therapy to immunotherapy, which boosts the body’s own defenses against cancer.

However, scientists are always on the lookout for new and more efficient ways of targeting and eliminating tumors.

Researchers from the University of Warwick in the United Kingdom have recently conducted a new study. Its results suggest that using an approach called photodynamic therapy — which uses light particles to activate certain chemical compounds — could be effective against cancers.

In the study — the findings of which now appear in the journal Angewandte Chemie International Edition — the scientists show that a compound of the metal iridium can cause cancer cells to destruct.

When activated by light beams, the researchers explain, iridium attached to albumin — which is a protein present in blood — can selectively “turn on” oxidizing species in the nuclei of cancer cells. These species are lethal oxygen molecules able to cause a cell to self-destruct.

“It is amazing that this large protein can penetrate into cancer cells and deliver iridium which can kill them selectively on activation with visible light,” says study co-author Prof. Peter Sadler.

“If this technology can be translated into the clinic, it might be effective against resistant cancers and reduce the side effects of chemotherapy.”

Prof. Sadler and team designed a special “coating” that allowed iridium to “link” with albumin. The new iridium compound acts as an effective photosensitizer, or a substance activated by light — in this instance, produced by optical fibers — which can target certain oxygen species within cancer cells, specifically.

In this new approach, albumin helps deliver the iridium compound straight into the nuclei of cancer cells. Once this placement has occurred, the scientists activate the compound through exposure to light.

Finally, the activated iridium compound “switches on” the deadly oxygen molecules inside the nuclei of the cancer cells, thereby destroying them from the inside.

The researchers were able to track all these changes in real time through the use of a microscope, as the combined iridium and albumin became phosphorescent, and its progress was easy to track.

Also, as the scientists say in the published paper, the iridium and albumin combination “exhibited a long phosphorescence lifetime,” and the product was effective “against a range of cancer cell lines.”

“It is fascinating,” study co-author Cinzia Imberti, “how albumin can deliver our photosensitizer so specifically to the nucleus.”

“We are at a very early stage,” she adds, “but we are looking forward to see where the preclinical development of this new compound can lead.”

Imberti also states that the researchers were able to develop this promising compound thanks to the diversity of investigators on board and because of the important grants they received.

“Our team is not only extremely multidisciplinary,” says Imberti, “including biologists, chemists, and pharmacists, but also highly international, including young researchers from China, India, and Italy supported by Royal Society Newton and Sir Henry Wellcome Fellowships.”

The next step for the team will be to conduct preclinical trials for the new compound to further test its safety and effectiveness in the treatment of different types of cancer.