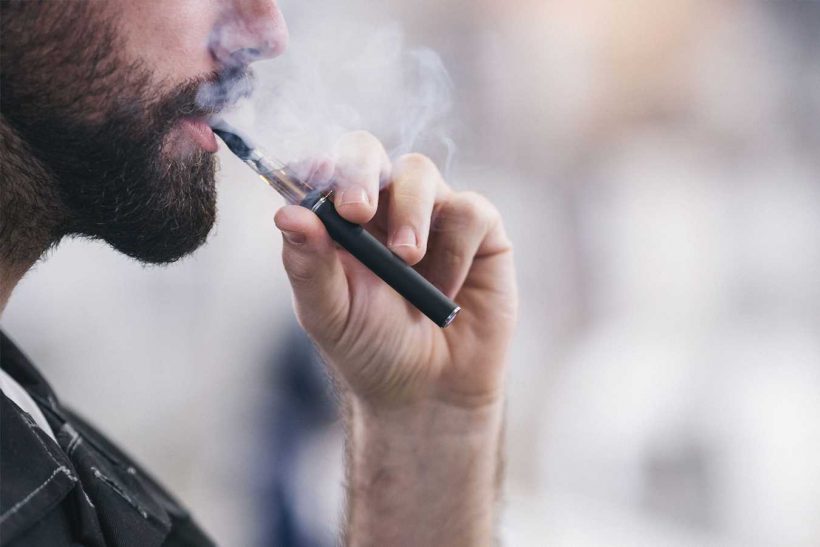 With medical authorities investigating 450 reported cases of severe lung illnesses — and at least five deaths — linked to vaping, the safety of e-cigarettes is in question among the 10.8 million adult and 3.6 million teen users nationwide.

Former e-cigarette users and their families have shared harrowing stories of severe respiratory problems — one Utah teen said she will “never touch a vape again” after she nearly died of respiratory illness, while another teen was put in medically induced coma as doctors try to figure out how to help. As of Friday, there are now five reported deaths in Illinois, Oregon, Indiana, Minnesota and California.

As the Centers for Disease Control examine the U.S. cases, is it still safe to use e-cigarettes? Dr. S. Christy Sadreameli, assistant professor of Pediatrics in Pediatric Pulmonary Medicine at Johns Hopkins and a volunteer spokesperson for the American Lung Association, tells PEOPLE that e-cigarette users should stop, if they can.

“I would tell anyone who is vaping right now that they should worry about this, and they should monitor their symptoms,” Sadreameli says. “If they’re able to not vape, that’s what I would recommend, and anyone who has not vaped yet should not start.”

What, exactly, is the illness?

It’s unclear at this point. Sadreameli says neither doctors nor the CDC know how to define the illness, but with the number of reported cases increasing each week, they are extremely concerned.

What is in e-cigarettes?

Sadreameli says that she and her colleagues have been concerned about e-cigarettes “for a long time now,” and have warned about the products since they came onto the market about ten years ago. While e-cigarettes have fewer toxins than traditional cigarettes, they still deliver harmful particles and chemicals directly into the lungs.

“There’s a lot in the aerosol emitted by a vaping device or an e-cigarette that is known to be toxic to the lungs,” says Sadreameli. “That includes things like ultra-fine particles, which are generated by the aerosol or the vaper. So the liquid gets vaporized and there can also be heavy metals in there — the ultra-fine particles themselves quickly penetrate into the lungs and hit the bloodstream.”

Those particles are “very inflammatory” to the cardiovascular system and the lungs, she says, and have been associated with heart disease. Plus, Sadreameli adds, there are chemicals in e-cigarettes that are known to cause permanent lung damage.

The flavored packs that are popular with Juul users and come in flavors like mango, watermelon and strawberry lemonade can also “generate harmful chemicals that can hurt the lungs,” she says.

While most people are aware that secondhand smoke from traditional cigarettes can be just as harmful as smoking, vape smoke disappears so quickly that it seems less dangerous. But people should be just as wary, Sadreameli says.

“The secondhand impact of the aerosol in e-cigarettes is known to contain all of the same chemicals — the heavy metals, the ultra-fine particles. So we do think it could be harmful to other people,” she says. “There’s a concern that because the smoke is often flavored and dissipates quickly, people are not as aware as they would be with traditional cigarettes. People might think that because the smell is not as strong that it might be safer, and we don’t know that it is.”

Are e-cigarettes actually safer than traditional ones?

E-cigarette companies market their product as the safer, environmentally-friendly alternative to traditional cigarettes, because they do not have tar or carcinogens. But e-cigarettes still contain highly addictive nicotine and many toxins.

“We can’t say that they’re actually safer,” Sadreameli says. “They have not undergone that kind of review by the FDA. They can be very harmful. It’s premature to say if it’s better than the other. E-cigarettes have been on the market for just ten years, which is not very long. None of these products are tested and approved by the FDA — these products came on the market and it was a bit of a wild west. Things like Juuls have not undergone strict FDA testing, and we want them to do that. Anyone should be concerned. Even if you’re buying it from a well-known shop or brand.”

Why are all of these cases coming out now?

The jump in cases of severe lung illness related to vaping seem sudden, and Sadreameli says she can only speculate why they’re all happening now.

“It could be that there’s a certain product that’s causing these symptoms. But what I think is more likely is that there were cases before of unexplained illnesses, and until now, with all of this talk and awareness, people are identifying that it could be related to vaping,” she says. Doctors are learning to ask if their patients are vaping and are reporting more cases to state and federal health officials.

How can people quit vaping?

For people who want to quit, as Sadreameli recommends, the process is the same as quitting traditional cigarettes.

“An individualized approach may be needed, so people should talk to their health care providers or any kind of doctor,” she says. “We do recommend that people check with their physician before trying an FDA approved cessation method. Some people use a nicotine patch or lozenge, there are also other medications. There are also Quit Lines in every state for help and support, whether they are smoking or vaping, because the addiction itself is both related to nicotine.”

“These are all approved for adults, so for teens I would say to definitely talk to a doctor about an individualized approach and not to try something on their own,” she adds.