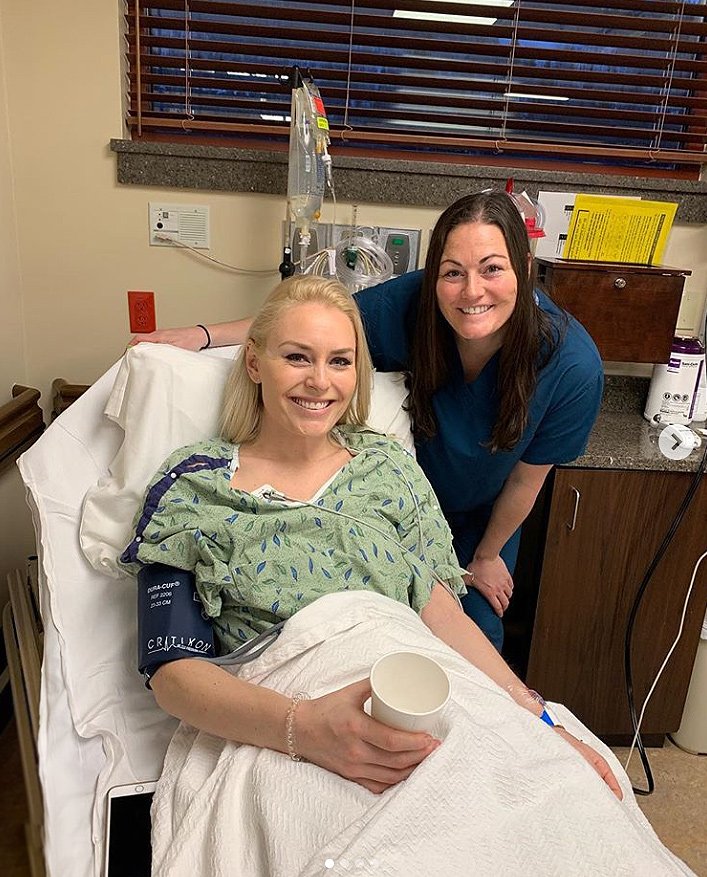 Lindsey Vonn is on the mend — but her leg injury was worse than expected.

The newly-retired skier, 34, underwent surgery on Monday to fix her “completely” torn LCL, or lateral collateral ligament, in her right leg. Vonn was injured in November, but put off surgery (and fought through the pain) to finish out her final professional season on the slopes.

“Obviously skiing with a brace this season didn’t go as well as I had hoped,” she wrote on Instagram. “I was waiting to have surgery because I had obligations, such as my fundraiser for my foundation and I didn’t want to let anyone down. So yesterday [Monday] was a great day for surgery.”

But the four months since the injury caused additional problems.

“Unfortunately since I put off surgery I had more damage than expected,” she said. “I had an additional meniscus tear and needed chondroplasty of my knee cap.”

Vonn thanked her surgeon, Dr. Robert LaPrade in Colorado, and his staff for the successful surgery, which included an LCL reconstruction, lateral meniscectomy, chondroplasty and peroneal nerve neurolysis.

After recounting all of the procedures — and sharing a gruesome photo of the surgery, she joked that with her newly-aquired medical knowledge people can “call me Dr. Vonn.”

Vonn also shared a video from just after the surgery while she was still coming off the anesthesia.

“Surgery was a success,” she said. “Don’t worry guys. Everything is great. My mom is feeding me Goldfish.”

The World Champion skier officially retired after the FIS Alpine World Ski Championships on Feb. 10. She said a few weeks later that waking up and not heading to the slopes was “really weird.”

“It’s hard,” Vonn told Today. “It’s been my whole life since I was 2½ and I hope that I’ve done something in my career that’s more meaningful than 82 wins. I hope that the mountains remember me. I definitely know that the fences will.”

Vonn had hoped to break the record for most World Cup wins, which belongs to Ingemar Stenmark with 86, but her body couldn’t make it.

“It’s been an amazing ride and I couldn’t be more thankful,” she said. “I truly have loved ski racing my entire life and I’ve been lucky enough to do it for so long and unfortunately my body gave out, but my passion for skiing will always remain.”

And in the fall, Vonn told PEOPLE that she’s still proud of what she’s been able to do.

“I have been saying the past few years that I’ll keep skiing until I break the record, but I’ve come to the realization that my career is not the sum of this record,” she said.