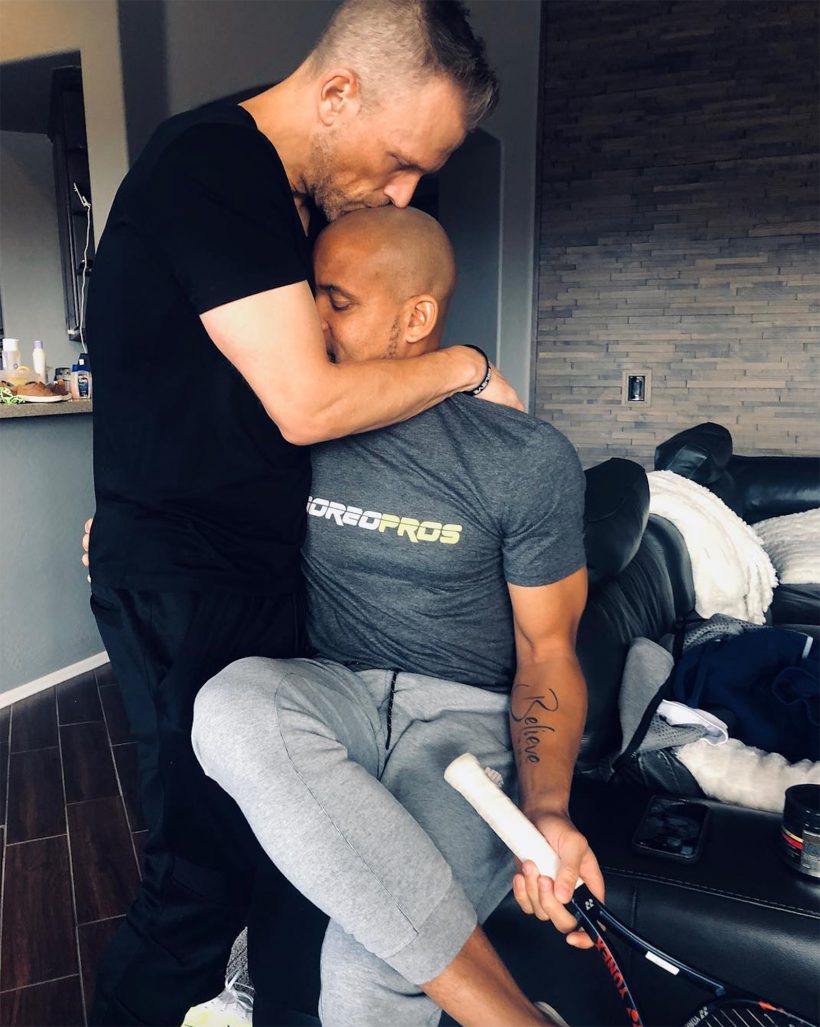 Shaun T won’t stand for criticisms of his or anyone else’s sexuality.

The longtime Beachbody trainer, 40, clapped back at a woman on Instagram who complained about a photo of him with his husband Scott Blokker.

“Sorry not a fan…men with ladies!!” she wrote, before questioning Shaun T and Blokker’s twin sons Sander Vaughn and Silas Rhys, 14 months. “How you have kids no idea!!”

The woman said that she’s a Beachbody coach — anyone can sign up to sell Beachbody products and start a fitness community through the program — and that she “doesn’t promote this.”

Shaun T wrote back to her and said that Beachbody coaches shouldn’t discriminate.

“@beachbody doesn’t sell gay or straight, they sell inspiration and people believing in themselves so…in essence you AREN’T a coach because if your coaching criteria is to be judgmental then you need to be coached about what life really is!” he wrote, spotted by the Instagram account Comments by Celebs. “So go grab a shake and come on back when you’re ready to believe in the human experience.”

Shaun T and Blokker married in 2012, and spent the next five years trying to start a family. After a few ups and downs, they revealed in 2017 that a surrogate was pregnant with their twin boys, who were born later that year on Nov. 17.

They told Parents in Jan. 2019 that the first four months of parenthood were tough, but it was mostly due to the lack of sleep.

Shaun T said that advice from friends and family helped them through their new lives as parents.

“I’ve received two great pieces of advice,” said the Insanity workout mastermind. “Scott’s dad told me, ‘You’re not coming into the babies’ world. They’re coming into yours,’ and that made me eager to show them the life we live.”

RELATED VIDEO: Shaun T and Husband Scott Blokker Open Up About Fathering Twins and Sticking with Your Fitness Tips in 2019

“The second was from my grandfather, who was married to my grandmother for 56 years,” he continued. “He said, ‘Never go to bed angry,’ and we don’t. The connectedness you feel at the end of the day is the driving force for how you wake up the next day, so every night we fall asleep holding hands.”

And the couple said they’re open to growing their family.

“I think we could do this again,” Shaun T said.