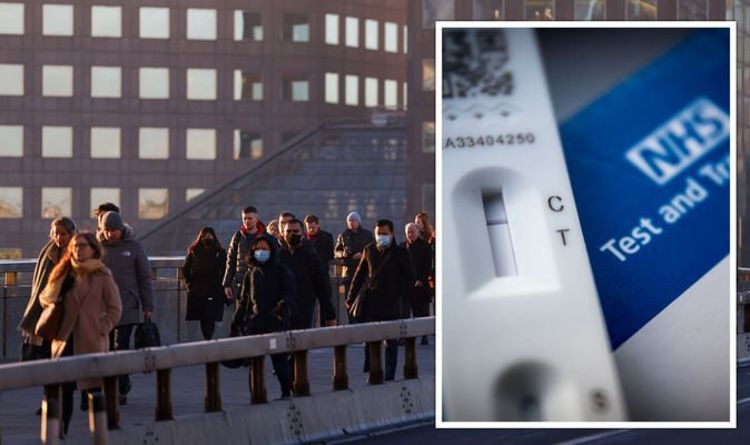 Omicron detection in the UK appears to have peaked recently, with previously record-high rates gradually declining. Over the next few weeks, the Government has said it intends to withdraw its remaining Covid mandates, making masks a choice for individual Britons. Not long after Prime Minister Boris Johnson revealed the plans in the House of Commons, the UKHSA said it had sequenced 53 cases of the Omicron “sub-lineage” in the UK.

What is the Omicron “stealth variant”?

The stealth variant is officially known as BA.2 and splintered from Omicron BA.1.

The UKHSA first designated the variant on December 6, 2021, and notably did not have the same genetic qualities as its predecessor.

The “stealth” part of BA.2 comes from the absence of a “spike gene deletion”, causing a process known as “S-gene target failure” (SGTF).

Researchers have previously used this to detect cases of Omicron, meaning the sub-variant is more tricky to spot.

The virus emerged in late 2021, and there is little evidence if it is either more transmissible or vaccine-resistant.

Tom Peacock, a virologist at Imperial College London, said there is not a “strong handle on antigenicity, severity” or “much evidence for how much more transmissibility BA.2 might have over BA.1”.

BA.2 has, so far, caused the most cases in India and the Philippines, with infections also detected in Germany and Denmark.

She said in a statement it is “the nature” of viruses to keep evolving and mutating.

Dr Chand added “continued genomic surveillance” would allow her organisation to “detect them and assess whether they are significant”.

BA.2 is one of several “variants under investigation” included in Government documents.

Whenever officials identify a variant with these qualities, they raise them for “formal investigation”.

They then receive the designation VUI, followed by a year, month and number.

The latest data released on January 21 has 10 designated VUIs.