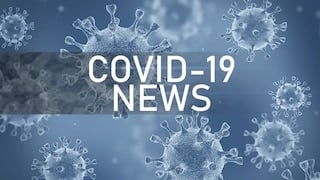 Starting next week, Americans struggling to get tested for COVID-19 will be able to get reimbursed for the cost of rapid at-home tests, according to The New York Times.

“We know this remains frustrating for people getting tested in many parts of the country,” Jeff Zients, the White House coronavirus response coordinator, said during a news briefing on Wednesday. “So we are working to do all we can.”

Two weeks ago, President Joe Biden said his administration would buy 500 million rapid tests to distribute to the public for free and that insurance companies would begin reimbursing people for the tests they buy on their own. At the time, Biden said the new initiatives would start “in the coming weeks.”

So far, the Biden administration hasn’t released specifics for people to order the free tests online. With a massive surge in COVID-19 cases due to the Omicron variant, the demand for at-home tests has outpaced supply, and most retail stores have run out of stock.

Zients said Wednesday that test makers will begin delivering rapid test kits to the federal government next week and that Americans will start receiving free tests “in the coming weeks.” The Biden administration will set up a “free and easy system, including a website” where people can order them, he said.

Last week, the CDC removed a testing requirement from its new isolation guidelines, which shortened the isolation period from 10 days to 5 days. Public health experts criticized the change, saying that a negative test should be required before people end their isolation.

The CDC took out the testing requirement because rapid tests aren’t authorized by the FDA to determine whether someone is infectious, Rochelle Walensky, MD, the CDC director, said during the news briefing on Wednesday. Instead, the tests are authorized to detect infection and are meant to be used back-to-back, as in schools, to confirm that people continue to test negative, she said.

But the CDC amended its guidance this week because “it became very clear that people were interested in using the rapid tests,” Walensky said, and she wanted to “provide guidance on how they should be used.”