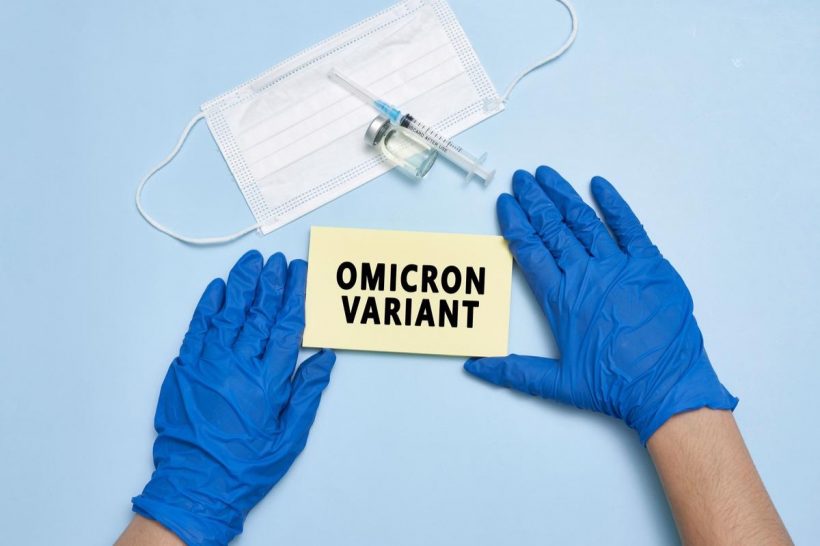 Since the first case of severe acute respiratory syndrome coronavirus 2 (SARS-CoV-2), the virus has evolved into more infectious and deadly variants, for example with the spread of Delta and Omicron.

A new analysis, published in the journal Environmental Chemistry Letters, parses out what scientists currently know about Delta and predicts what the end of the pandemic might look like.

In mid-July, declining COVID-19 cases picked back up with more than a million new cases across Europe and 370,000 new cases in the United States. China had maintained less than 500 weekly coronavirus cases but also began seeing new cases close to two thousand.

The emergence of Delta brought a second wave of cases from March to May 2021. In the week of September 18, Delta made up 99.9% of cases in the United States. As of December 2021, 176 countries have reported Delta-related infections.

The universal spread of Delta is due to new mutations that promote faster transmission than the original SARS-CoV2 strain. Delta has seven mutations on its spike protein along with five connected amino acids that create an amino acid chain called the furin cleavage site. When the variant evolved, the proline on the furin cleavage site was replaced with arginine, reducing the acidity of the sequence. It also made Delta more effective in cutting up spike proteins for viral replication and infectivity into host cells.

Compared to other SARS-CoV-2 variants where 50% of the spike protein invades cells, Delta uses up 75%.

The L452R mutation also optimizes Delta’s infectivity by enhancing interactions between the spike protein and the ACE2 receptor. Other spike protein mutations help evade the immune response by making it harder to detect antigenic regions of the receptor-binding protein. These changes likely explain the decreased vaccine effectiveness towards Delta.

Vaccines are the most effective tool to prevent the spread of SARS-CoV-2 and its variants. With Delta, vaccine effectiveness decreased and some breakthrough infections were reported in vaccinated individuals. However, it did not disappear completely.

Clinical trial data showed that the Pfizer-BioNTech vaccines were 88% effective against Delta. The AstraZeneca vaccine was 67% effective. Another study looking at China’s two-dose coronavirus vaccine showed overall effectiveness of 59% against Delta.

It was concluded that, although their effectiveness rates decreased to some extent, the current vaccines developed for SARS-CoV-2 still provide considerable protection against the Delta variant,” explained the team.

Delta is one of five SARS-CoV-2 variants labeled by the World Health Organization as variants of concern. SARS-CoV-2 is an RNA virus which is commonly known to have high mutation rates.

Since the article’s publication, scientists have found 407 distinct lineages of SARS-CoV-2 variants. Two in particular, B.1.617.2.1 and Lambda, have mutations that enhance their ability to evade detection from neutralizing antibodies. Their immune escape ability is projected to be greater than the current Delta variant.

Another variant known as ‘Delta Plus’ is also making its rounds in the United Kingdom. Compared to the original Delta variant, Delta Plus is estimated to be 10% more transmissible.

With the original SARS-CoV-2 and associated variants circulating across the globe, the estimated number of new COVID-19 cases worldwide has been at least 3 million per week since the start of July 2021.

SARS-CoV-2 is predicted to have 50% higher mutation rates than previous estimates. The authors of the paper warn that if the world does not limit the spread of SARS-CoV-2 and its variants, the virus will continue to evolve and make it even more difficult to contain.

There is a possibility that the virus may develop a new mutation that renders current vaccines ineffective. As seen with Omicron, this possibility is closer than ever.

Omicron was discovered in late November 2021 and quickly designated a variant of concern for its high number of mutations involved in infectivity and immune evasion. With 32 spike protein mutations, Omicron has caused a surge of reinfections and infections in fully vaccinated individuals.

The authors advise getting vaccinated and to continue wearing a face mask. More research is also needed to look at any changes in SARS-CoV-2 routes of transmission and in developing variant-specific boosters.

Jocelyn Solis-Moreira graduated with a Bachelor's in Integrative Neuroscience, where she then pursued graduate research looking at the long-term effects of adolescent binge drinking on the brain's neurochemistry in adulthood.