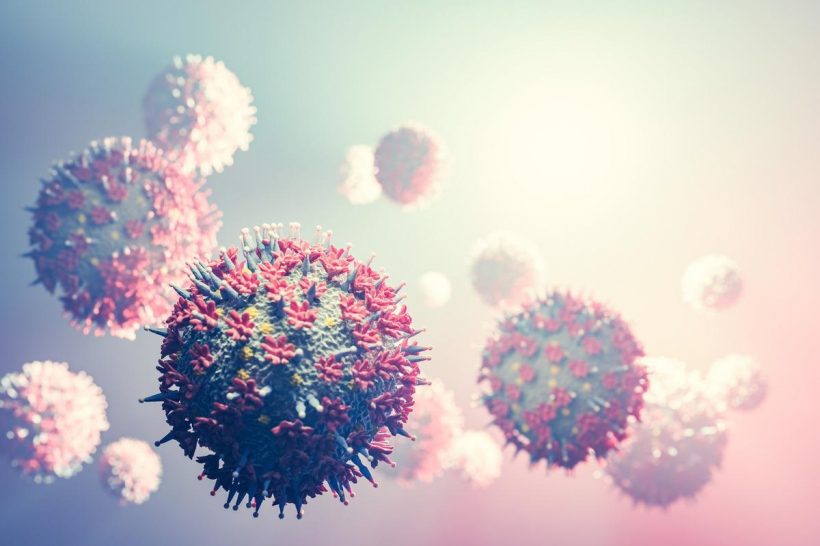 In a recent study posted to the bioRxiv* preprint server, researchers assessed the impact of the severe acute respiratory syndrome coronavirus 2 (SARS-CoV-2) Omicron variant on infected human cells and organs.

Various studies have reported the differences between the SARS-CoV-2 parental strain and the Omicron variant with respect to viral biology and manifestations of infection. Hence, the tropism and infectivity of Omicron in various infected organs need extensive research.

The researchers in the present study examined the influence of the SARS-CoV-2 Omicron BA.1 variant on human colon epithelial cells.

The team derived primary colon epithelial cells (colonoids) from biopsies obtained from healthy donors and cultured them. Each sample was isolated to confirm the presence of SARS-CoV-2 via ribonucleic acid (RNA) sequencing. Supernatant generated from the infected colonoids was titrated by a focus-forming assay. The fixed monolayers of the infected cells were stained for 4', 6-diamidino-2-phenylindole, dihydrochloride (DAPI), SARS-CoV-2 nucleocapsid (N), and actin.

Colonoids obtained from four distinct donors were seeded, differentiated, and infected with SARS-CoV-2 wildtype (WT) strain, and the Delta and Omicron variants. The team also performed immunofluorescence to confirm viral replication by analyzing antigens of intracellular SARS-CoV-2 N protein in the infected colonoids. Furthermore, the focus-forming assay evaluated the level of infectious SARS-CoV-2 progenies detected in the infected supernatant.

The team subsequently tested the cell-to-cell spread caused by Omicron infection. The SARS-CoV-2 variant spike protein was ectopically expressed in the HEK293-hACE2-TMPRSS2 cells.

The study results showed that on comparison of the colonoid infected with SARS-CoV-2 WT strain or the Delta or Omicron variants, the Omicron-infected cells showed a substantial increase in viral replication, as observed in the intracellular viral RNA levels. A similar trend was also found as the supernatant infected with Omicron generated comparable or lower levels of viral progenies than those found in WT or Delta supernatants. This suggested that the Omicron was possibly less infectious to the intestine.

Furthermore, the Omicron variant elicited varying levels of IFNL3 expression which were similar to those induced by the WT and Delta variants. Also, slight induction of IFNB and MX1 was detected 24 hours post-infection of the cells. Expression of Omicron spike protein on HEK293 cells showed that the variant formed fewer syncytia than those by WT or Delta spike proteins. However, the Omicron spike cleavage, due to TMPRSS2 and furin proteases, indicated that the cleavage occurred during viral egress.

The team also observed that the SARS-CoV-2 Omicron BA.1 variant infected colonoids derived from healthy donors and produced significantly high levels of viral RNA but low amounts of infectious particles. Furthermore, a weak IFN response was induced by Omicron. The authors also found 2.5- and 5-fold higher levels of infection in colonoids infected with the Omicron spike proteins compared to those infected with Delta and D614G spikes proteins, respectively.

The study findings showed that the SARS-CoV-2 Omicron variant did not produce substantial levels of infectious viral particles in the infected colon, thus lowering the possibility of viral shedding in the gastrointestinal system.

The researchers believe that it is essential to understand the mechanism and pathways of Omicron infection in different organ systems to combat COVID-19 disease severity.

Bhavana Kunkalikar is a medical writer based in Goa, India. Her academic background is in Pharmaceutical sciences and she holds a Bachelor's degree in Pharmacy. Her educational background allowed her to foster an interest in anatomical and physiological sciences. Her college project work based on ‘The manifestations and causes of sickle cell anemia’ formed the stepping stone to a life-long fascination with human pathophysiology.