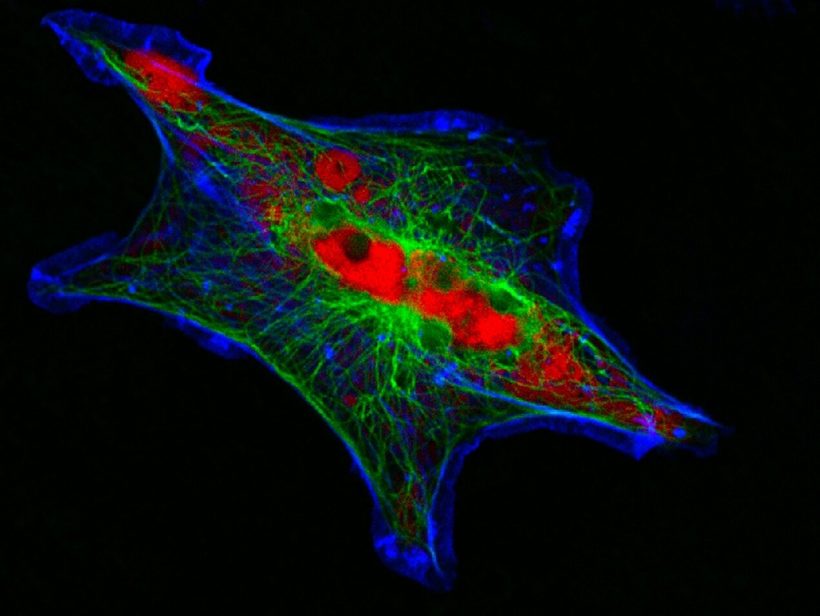 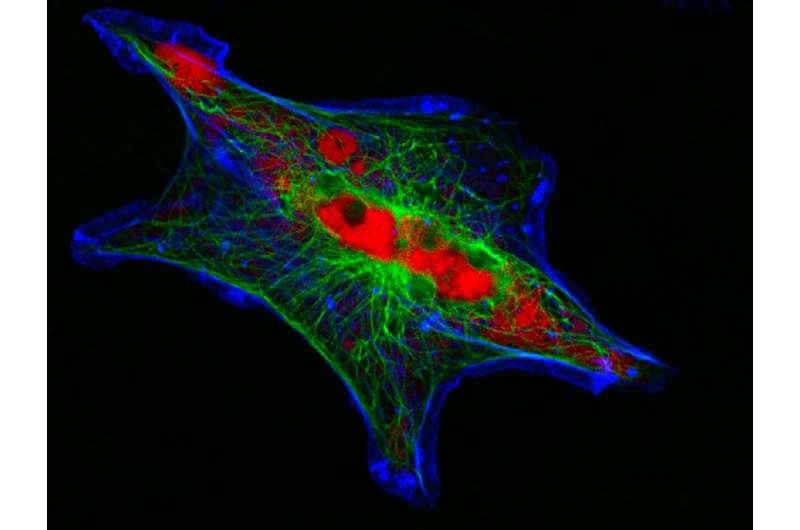 A combination of anti-cancer antibodies produced a powerfully synergistic response in two hard-to-treat pediatric cancers, according to a new study, in mice, led by researchers at the Stanford University School of Medicine.

The results, which published online Jan. 13 in Nature Medicine, provide hope for better treatments of neuroblastoma, a cancer affecting young children that develops from nerve cells, and osteosarcoma, a bone cancer most often seen in teens and young adults. One-third to one-half of patients with these cancers either never respond to treatments such as chemotherapy, radiation and surgery or respond but then suffer a relapse. Most of these patients die of the disease.

The researchers gave mice with the cancers antibodies that targeted two types of immune markers on the surface of the cancer cells. Given together, the antibodies, called anti-GD2 and anti-CD47, functioned much more powerfully against the cancers than either one alone.

“We were surprised by how well it worked, how well they combined with each other,” said Robbie Majzner, MD, assistant professor of pediatrics and senior study author. “Anti-GD2 alone did almost nothing in mice, and anti-CD47 didn’t really do anything either, but when we put them together, the mice with neuroblastoma were unexpectedly cured. We just thought this was great and worth exploring further.”

The combination also prevented cancer from spreading in mice with osteosarcoma, Majzner said.

The promising results have led to the first clinical trial testing the combination of antibodies. It is enrolling about 80 participants—children and young adults who have relapsed neuroblastoma or whose neuroblastoma never responded to treatment, or who have relapsed osteosarcoma—at 14 sites across the country, including Stanford Children’s Health. Majzner is the trial’s principal investigator.

“We are already translating the findings to the clinic, and we are excited to see what the antibody combination does in kids,” said research scientist Johanna Theruvath, MD, the study’s lead author. “We’re really hoping there will be a benefit.”

The antibodies administered to mice in the study blocked two different cell-surface markers. One of the markers, CD47, is a well-known “don’t eat me” signal that was discovered at Stanford in 2010 and is plentiful on the exterior of most types of cancer cells. Anti-CD47 antibodies are being tested in several clinical trials and have been shown to potentially help treat lymphomas.

The second marker, GD2, is abundant on neuroblastoma cells; it is also found on some other cancers, including osteosarcoma and small-cell lung cancer. Anti-GD2 antibodies have been used to treat children with relapsed neuroblastoma since the early 2000s. Giving the antibody to such patients boosts the proportion who are cancer-free two years after treatment, according to the results of a 2010 clinical trial.

In a dish, the combination of anti-GD2 and anti-CD47 antibodies prompted the macrophages to eat up many more neuroblastoma cells than either antibody alone could. The result was repeated when the researchers gave the two antibodies to mice with neuroblastoma.

“In the localized-tumor model, the cure was sustained,” Theruvath said. “We imaged the mice: Their tumors shrank away and didn’t return.”

Although the combination of antibodies was somewhat less powerful in osteosarcoma, it prevented the cancer from spreading to the mice’s lungs. This finding was encouraging because lung metastases are a common cause of death in people with this disease. “Right now, survival is extremely poor for osteosarcoma patients with metastases,” Theruvath said. “We believe the survival rates for kids with metastatic disease can really be improved.”

The researchers conducted a series of experiments to learn how the two antibodies worked together. They discovered that GD2, whose mechanism of action had been unknown, also functions as a “don’t eat me” signal. When both the GD2 and CD47 “don’t eat me” signals were blocked by their respective antibodies, the cells were much less able to hide from scavenging macrophages, the researchers found.

In addition, cells can signal to macrophages when they are ready to be eaten. They attract macrophages by putting an “eat me” signal, known as calreticulin, on their surface. When anti-GD2 antibodies are given, the cells make more calreticulin and are therefore more attractive targets for the immune system.

In short, the combination of anti-GD2 and anti-CD47 antibodies delivers a triple whammy to the cancer cells: The antibodies block two types of “don’t eat me” signals, while allowing an “eat me” signal to become more plentiful. The macrophages—which assess the balance of cellular signals—get a clear message to gobble up the cancer cells.

“This has opened up whole new avenues in my lab for understanding how cancer cells are killed and removed by macrophages,” Majzner said.

The findings have also given the research team new criteria for pinpointing which combinations of antibodies could lead to the most powerful cancer immunotherapies.