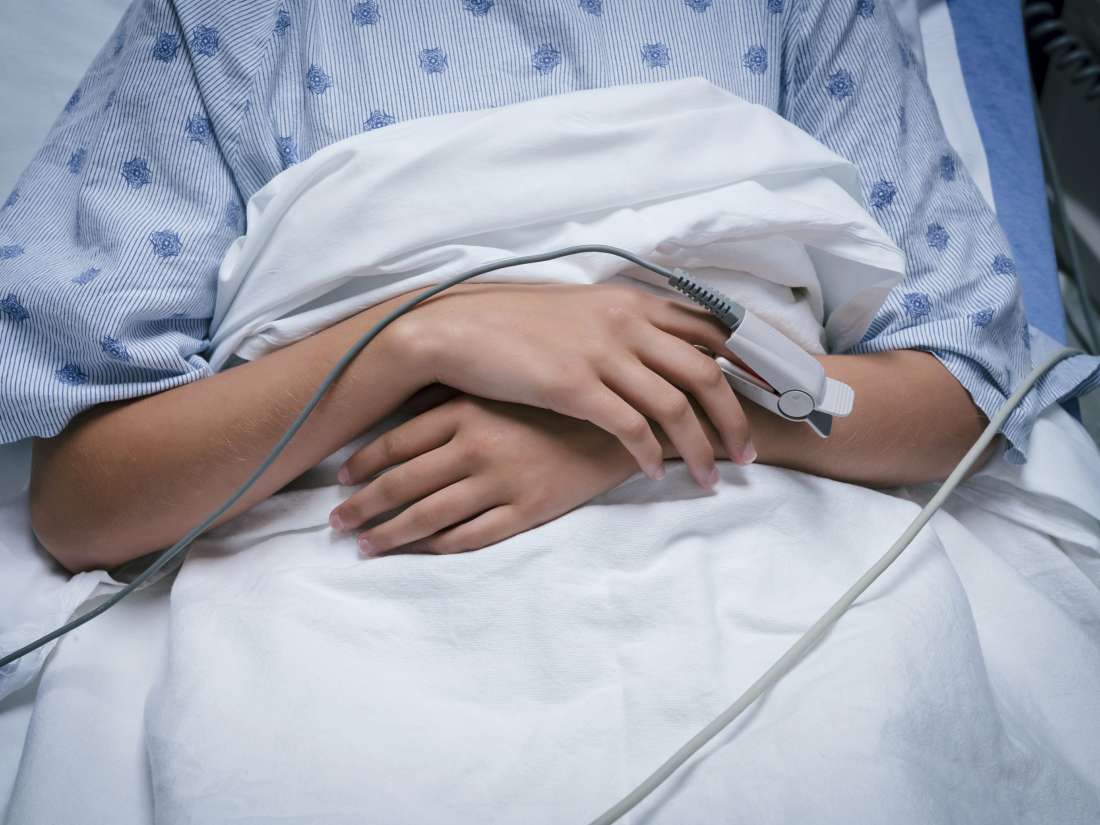 Observational data for the study came from six hospitals in Mexico, and they covered 4,778 people with symptoms of a flu-like illness.

Some of these people received their treatment in the hospital, and some did as outpatients.

The results of the study showed that:

When the scientists plotted the risk of hospital admission against people’s body mass index (BMI), for adults, it formed a “U” shape on the graph.

The lowest risk of hospitalization was for those with a BMI in the “normal” weight range, and the highest risk was for those in the lowest and highest BMI ranges.

Children — which the researchers defined as all those under the age of 19 years — made up 32 percent of the people in the study. The scientists saw no clear link, however, between BMI and severe flu-like illness risk in this group.

The senior author of the study is Dr. John H. Beigel. He works for Leidos Biomedical Research Inc., a firm that operates National Laboratory facilities for the National Institute of Allergy and Infectious Diseases (NIAID) in Bethesda, MD. The other authors are from the NIAID and participating hospitals in Mexico.

The journal Influenza and Other Respiratory Viruses has now published a paper on this study.

A person’s BMI is their weight in kilograms divided by the square of their height in meters. Because it is easy to measure, researchers often use BMI to explore weight-related health risks at the population level or in very large groups.

The Centers for Disease Control and Prevention (CDC) define BMI ranges for adults as:

A similar system exists for children and adolescents aged 0–19 years, except that the cutoff values depend on age and sex.

The World Health Organization (WHO) use the same BMI ranges, but not all of the same terms. For example, they use the term “pre-obesity” as opposed to “overweight” for a BMI that is 25.0–29.9.

Both the CDC and the WHO have three classes of adult obesity:

The CDC recommend that clinicians only use BMI for screening and not for diagnosing individuals.

Scientists and clinicians sometimes refer to class 2 as “morbid obesity” and class 3 as “severe or extreme obesity.” In the recent study, the authors used the term “morbid obesity” for a BMI of 35 and higher.

Underweight is a ‘complex issue’

While a healthful diet and lifestyle can cause someone to have a low BMI, so can eating disorders, malnutrition, and other health conditions. In a 2017 report of a Norwegian study of 30,000 people, the authors commented that underweight constitutes “a rather complex group.”

In fact, they found more people who smoke on a daily basis and just as many physically inactive people in the underweight group as the overweight group.

That study recommended that healthcare providers screen people who are underweight for health risks “to the same extent” as they would those with obesity.

The researchers behind the recent study suggest that their paper is the first published evidence that they know of to link low BMI to “severity of influenza-like illness.”

“Being underweight,” they note, “seems to be a consistent risk factor in all adult participants with influenza-like illness.”

The authors point out that a “significant limitation” of their study was that it only included people who “sought medical care for an influenza-like illness.” The results, therefore, may not represent the population at large.

“Clinicians should keep a patient’s body mass index in mind when evaluating risk and deciding on a course of treatment [for flu-like illnesses].”