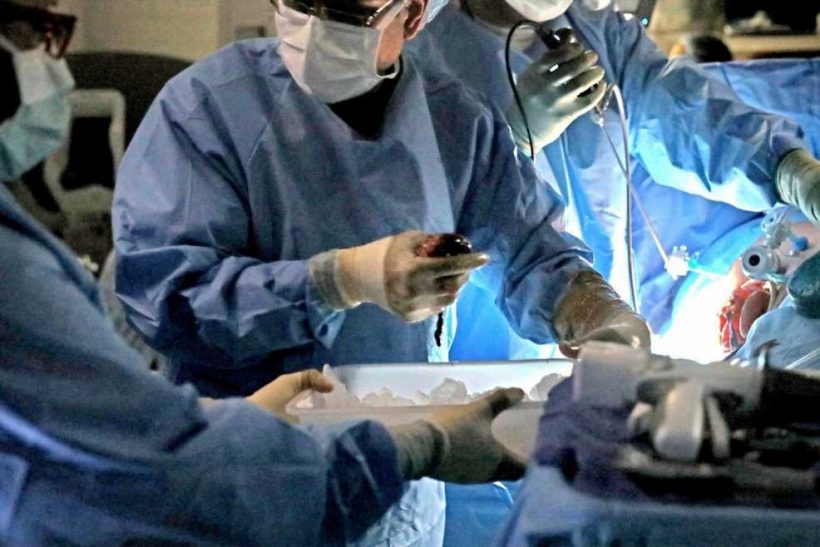 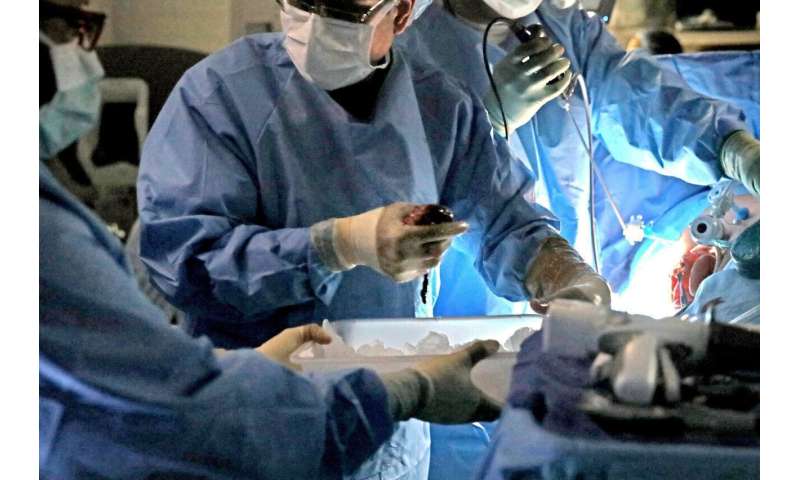 If Roland Henry had died in a different part of the country, his organs might have been recovered. And lives could have been saved.

But the local organ collection agency said no. It gave no reason, no explanation to his family, though the Connecticut man appeared to be a well-qualified donor despite advancing age: He died in a hospital, on a ventilator, previously healthy until a car crash that led to a stroke.

“It was devastating to be told there was nothing they considered worthy of donation. Nada. Not a kidney, not a liver, not tissue,” recalled Henry’s daughter, Donna Cryer, president of the nonprofit Global Liver Institute and herself a recipient of a liver transplant.

Henry’s case illustrates troubling uncertainty in a transplant system run by government contractors that are under fire for letting potentially usable organs go to waste.

The Associated Press took a close look at that system and calculated that some of those agencies are securing deceased donors at half the rate of others—even as 113,000 people linger on the nation’s transplant waiting list, and about 20 die each day.

“What we have is broken. We know it is costing people’s lives,” said Dr. Seth Karp, Vanderbilt University’s transplant chief.

Under U.S. transplant rules, the country is divided into 58 zones, each assigned an “organ procurement organization” in charge of donation at death. Those OPOs are matchmakers with a tough job: get donation consent , collect organs quickly and get them to the right transplant center before they deteriorate, even if a hospital calls with a possible donor at 3 a.m.

How well are they doing? It’s almost impossible to tell. OPOs self-report to the government a subjective measure, one even they call flawed. That standard offers little way to directly compare OPOs and learn which could do better, or to hold poor performers accountable for missed opportunities.

“Nobody comes behind them and says, ‘You actually could have recovered 20 to 30% more and you didn’t,'” said Kevin Longino, a kidney transplant recipient who heads the National Kidney Foundation.

That may be about to change. The Trump administration is planning a major overhaul , stricter standards to make it easier to compare OPOs and push them to improve. One measure under consideration: Using federal death records to determine the entire pool of potential donors each OPO can draw from.

A study published this summer in the American Journal of Transplantation called that approach more fair and verifiable than today’s standard. The AP modeled its own analysis of OPO performance on that research, and found that in 2017, even comparing regions with similar pools of acceptable donors, disparities were large. Philadelphia outperformed New York City, for example. The OPO serving parts of Kentucky lagged nearby Missouri.

More important, the analysis shows the biggest impact would be in places with large populations of potential donors. For example, OneLegacy in Los Angeles recovered 487 donors in 2017, second only to Philadelphia’s Gift of Life. However, the Los Angeles OPO also had the highest number of potential donors. If OneLegacy had matched Gift of LIfe’s higher donor rate, the AP calculated it would have secured 866 donors, instead.

OneLegacy CEO Tom Mone cautions that measure overestimates potential donors, including people who are disqualified after scrutinizing their medical records.

It also counts less-than-perfect donors—older donors, or those with certain medical conditions—that can be hard for OPOs to handle, Mone added. Those organs can be life-saving for the right patient but too often transplant centers won’t take the chance, a disincentive for OPOs to collect them.

Still, with the organ shortage so severe that transplant centers are fighting over scarce livers in court, a growing number of OPOs say the death record-based standard will spur more aggressive pursuit of donors. 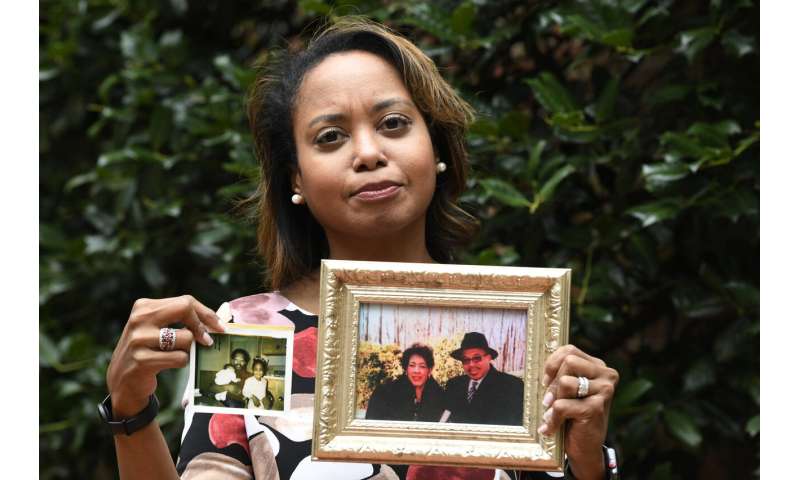 “It’s a denominator that can’t be manipulated,” said Ginny McBride, executive director of OurLegacy in east-central Florida. She was one of 17 OPO leaders who recently wrote Medicare, which regulates the nonprofits and reimburses costs of organ acquisition, to push the change.

“It might tell us, ‘Hey, we need to kick it up a notch.’ And it might tell the government who they should and shouldn’t be certifying” to collect organs, she added.

Only about 2 percent of Americans die in circumstances that allow for donation. Die before reaching a hospital, and organs can’t be preserved. Illnesses such as cancer or infections also can rule out donation.

While young donors tend to be healthier, there’s no upper age limit: Studies show healthy organs from seniors like Henry, who was 78, and even octogenarians still can work well, especially if given to an older recipient.

But a 2017 study led by University of Pennsylvania researchers examined deaths, donations and health records and calculated that a better-functioning system could produce up to 28,000 more donated organs a year.

Objectively evaluating OPOs is one key to that goal but even if the estimate is too high, “every single donation we recover is another life saved and makes it worth it,” said Greg Segal of the transplant advocacy group Organize, whose father waited five years for a heart transplant.

The recent spike in drug overdose deaths has increased donors. Some OPOs are aggressively looking for additional boosts.

LifeCenter Northwest—which serves Washington state, Alaska, Montana and northern Idaho—has doubled the number of organs transplanted from area donors to 878 last year, up from 440 in 2009, before CEO Kevin O’Connor arrived.

It focuses on organs often considered too difficult to recover—not those taken from brain-dead donors, which are most common, but from people who die when their heart stops beating. O’Connor staged “mock donations” to train donor hospitals and his own employees to handle those complex cases. Nationally, they make up about 19% of donations; at LifeCenter, they’re 29%.

At LifeGift in Houston, where donors are up about 40 percent since 2013, CEO Kevin Myer has hired dozens of new employees to reach far-flung hospitals faster. Increasing donation “comes down to how good your staff are and how many people you have to get to the hospitals and take care of people who are losing somebody,” Myer said.

And in Hawaii, where lung transplants aren’t offered so donor lungs often go unrecovered, Legacy of Life is testing a new incubator to preserve the organs for shipping long distances. The first pair was successfully transplanted in North Carolina more than 20 hours after donation.

HOW TO MEASURE SUCCESS 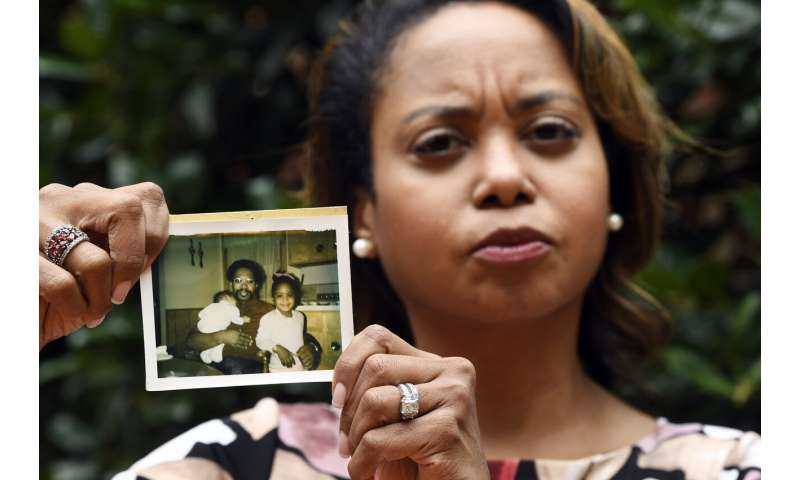 Today, OPOs report to Medicare how many deaths they classify “eligible” for donation, the baseline. That’s supposed to include hospital referrals of brain-dead patients 75 and younger without disqualifying diseases. Comparing that denominator with the OPO’s actual donors measures its success.

“I’m always stunned at the variability” in how many eligible deaths OPOs of similar sizes report, said Diane Brockmeier, director of Mid-America Transplant Services in St. Louis, who supports the death record-based standard.

But different OPOs can define eligibility differently. There are disincentives to pursuing every organ.

And sometimes there are breakdowns. Dr. Dorry Segev, a Johns Hopkins University transplant surgeon, described “a very depressing and disappointing case” where several patients were promised a young donor’s organs only to have the offers rescinded a few hours later. The OPO, in another state, couldn’t find a local surgeon to recover the organs—and didn’t give the recipients’ surgeons a chance to fly in and do it themselves.

Then there’s the role of transplant centers, which are graded on how well their patients recover after surgery without taking into account how many die on the waiting list. When local transplant centers refuse less-than-perfect organs, OPOs can be reluctant to collect them because they may not find a recipient elsewhere.

“The metrics are driving the wrong behaviors,” said the kidney foundation’s Longino, who says transplant centers must be held accountable, too. “If 60-year-olds are not being given a 60-year-old kidney that’s in good working order, not being given that choice, that’s a problem. And they’re not.”

On the donation side, many OPOs and patient groups see value in reform that bases OPO success on the largest possible pool of donors, an easy-to-track number.

But some OPO leaders are lobbying for a different measure, one whittled down to just people on ventilators. Some Midwestern OPOs are testing that approach.

“We are troubled by some of these broad-based, easy-to-calculate numbers not portraying a picture of what potential donation might be,” said Susan Gunderson, CEO of LifeSource Upper Midwest OPO in Minneapolis.

More donors can’t come quickly enough for waiting patients, especially those caught in a legal battle over how to distribute scarce livers. For nine days earlier this year, a new national policy meant hospitals that once got first dibs for livers donated nearby instead saw the organs shipped to sicker patients up to 500 miles away, with pediatric donations earmarked for sick children. Then a federal judge put the new rules on hold .

In Pennsylvania, toddler Evelyn Yargar got a new liver during that window, from a teen who died several states away. A few days later and the organ might have gone to an adult instead. And because University of Pittsburgh surgeons knew 14-month-old Evelyn needed just a small piece of that liver, which can grow into a fully functioning organ, an adult in still another state got the rest.

“I just don’t understand why a child can’t have a part of any donor’s liver,” said Evelyn’s mother, Bobbi Yargar of Charleroi, Pennsylvania.

However the court fight turns out, only a bigger supply will ease struggles over organ distribution. And if Medicare changes performance standards, that won’t make OPOs collect more organs overnight.