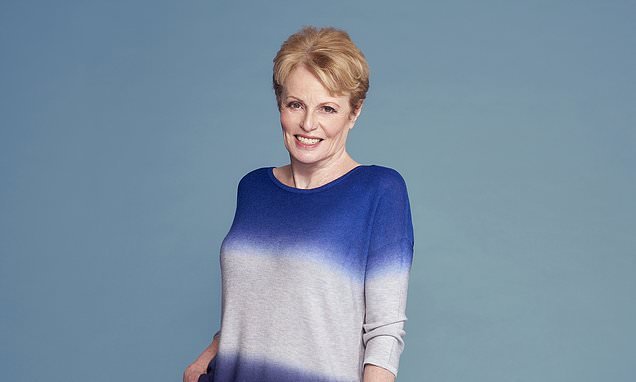 My gravy meltdown and how it led to my Alzheimer’s diagnosis: BONNIE ESTRIDGE on how Christmas is the best time to spot dementia 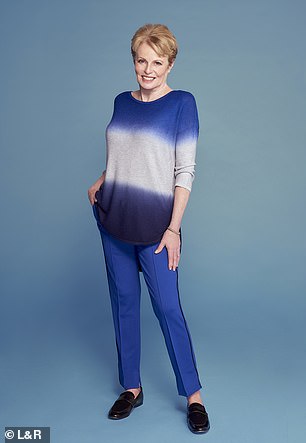 Frankly, I’ve never been a fan of Christmas. Not because I’m any kind of Scrooge – quite the opposite – but because doing it properly is so stressful.

In years past, I was always the one who had to get up at the crack of dawn to cook the turkey, not to mention making the stuffing, peeling the potatoes, baking the Yorkshire puddings and preparing all the trimmings.

And that’s after I’d stayed up late into the night wrapping everyone’s presents, before artfully placing them around the tree with a stash of precious family baubles, passed down by my late dad.

But two years ago, the stress of Christmas prompted something far more serious: one of the first clear signs of something that would change our family Christmases, and our lives, for ever.

Having been up since 5am, I was in the kitchen, making the gravy as I always did, when I glanced down at all the ingredients I was using and realised I had absolutely no idea what to do with any of them.

I’d been making gravy all my adult life, on automatic pilot, without having to think about it. But suddenly I didn’t know how to make it.

Worse, when I looked across the room at the bottles of condiments, the serviettes, the herbs and spices I’d used for decades, I felt utterly lost. I didn’t recognise any of the ingredients and I had no idea what I was doing or how I’d got there.

I freaked out big-time. Everything seemed weird, and I felt physically sick. I think I shouted ‘F*** the sodding gravy!’

This was very different from the sort of mild, frustrated wobbly everyone has because the gravy is too lumpy, or they’ve forgotten to pre-heat the oven.

Email: [email protected] or write to her at The Mail on Sunday, 2 Derry Street, London W8 5TT.

It was a total meltdown. It was also a clear warning there was a major problem going on in my head.

My family rushed in to save the day – and our Christmas dinner. My long-suffering husband, Chris, and his elderly father Joe, took over the jobs that I couldn’t complete, and we had a lovely lunch. I felt relieved, but scared.

Although nobody said anything at the time, I couldn’t help seeing the alarm written on the faces of my girls – Suzy, who is 35, and Hannah.

It was obvious to my whole family that something was wrong. I’d been suffering from what my GP thought was anxiety for a couple of years, but this incident, together with my increasingly evident memory problem, is what prompted the doctor to make a referral to a neurologist.

After a series of tests, I was first diagnosed with mild cognitive impairment and later Alzheimer’s. People think having dementia means you can’t remember who the Prime Minister is, but those types of memory problems are only one part of the disease.

Unusual behaviour – such as suddenly not knowing how to make gravy – could, however, be an indication. It might seem trivial, and it doesn’t always mean anything sinister, but it might suggest something serious.

Often, at Christmas, it’s the first time friends and family who have not seen one another for a while get together. So it’s worth saying here that if relatives are concerned about someone, they should look out for signs like this.

Two years on and another Christmas is fast approaching. I’ve now officially – and very happily – retired from the responsibility of making dinner for the family.

I can’t remember what I did last Christmas but, this year, I am very much enjoying the prospect of a yuletide trip to the seaside, at trendy Margate, where my elder daughter Hannah and her partner Kesia will be hosting Christmas for the first time in their own home.

The whole family is going to be together – including our gorgeous new monochrome puppy, Benny – and I’m going to put my feet up and enjoy it. So Merry Christmas – just don’t mention the gravy!

Alzheimer’s disease is a progressive, degenerative disease of the brain, in which build-up of abnormal proteins causes nerve cells to die.

This disrupts the transmitters that carry messages, and causes the brain to shrink.

More than 5 million people suffer from the disease in the US, where it is the 6th leading cause of death.

As brain cells die, the functions they provide are lost.

That includes memory, orientation and the ability to think and reason.

The progress of the disease is slow and gradual.

On average, patients live five to seven years after diagnosis, but some may live for ten to 15 years.