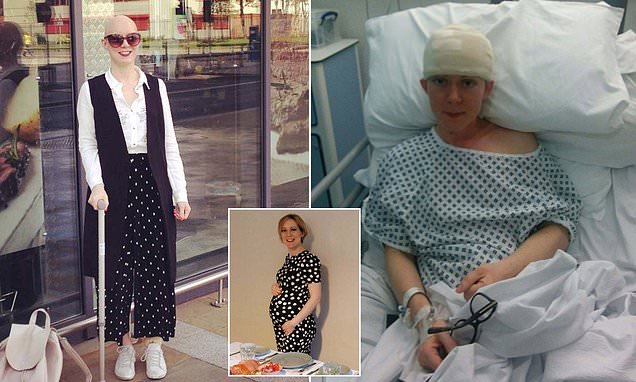 Copywriter, 32, who feared tumour that saw her undergo brain surgery while AWAKE had stolen her dream of ever having children is now pregnant with her miracle baby

A woman who feared the tumour that saw her have brain surgery while awake had robbed her of her chance of motherhood is now expecting a miracle baby.

Sarah Gaffney-Lang, 32, suddenly suffered a huge seizure in her sleep in September 2016, despite being fit and healthy.

She was diagnosed with a brain tumour two months later, which required surgery while she was awake.

The freelance copywriter, from Manchester, then needed to have chemotherapy and radiotherapy, which doctors warned would likely leave her infertile.

She is now expecting her first child with her commercial director husband Matt Lang, 34. 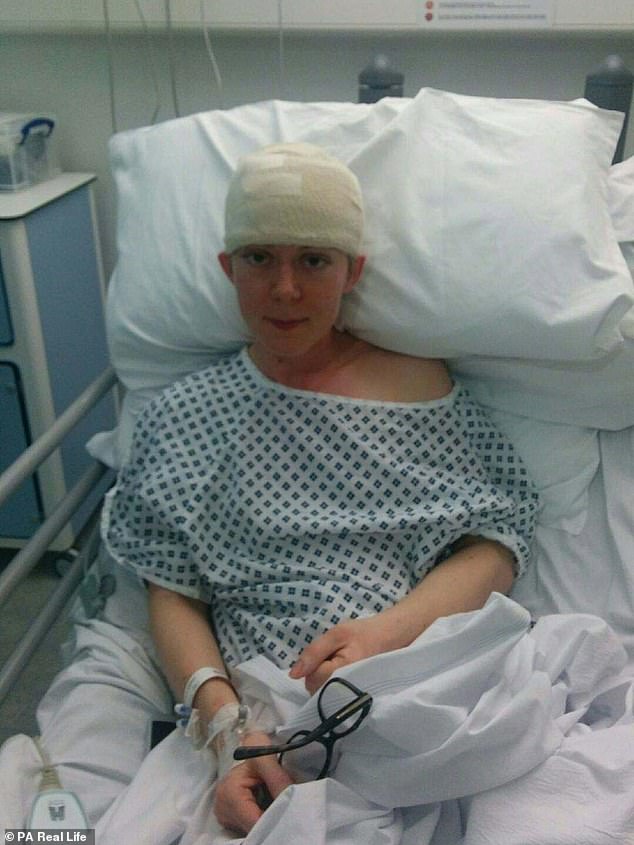 Sarah Gaffney-Lang, 32, was diagnosed with a brain tumour two months later, which required surgery while she was awake. The operation is called an awake craniotomy 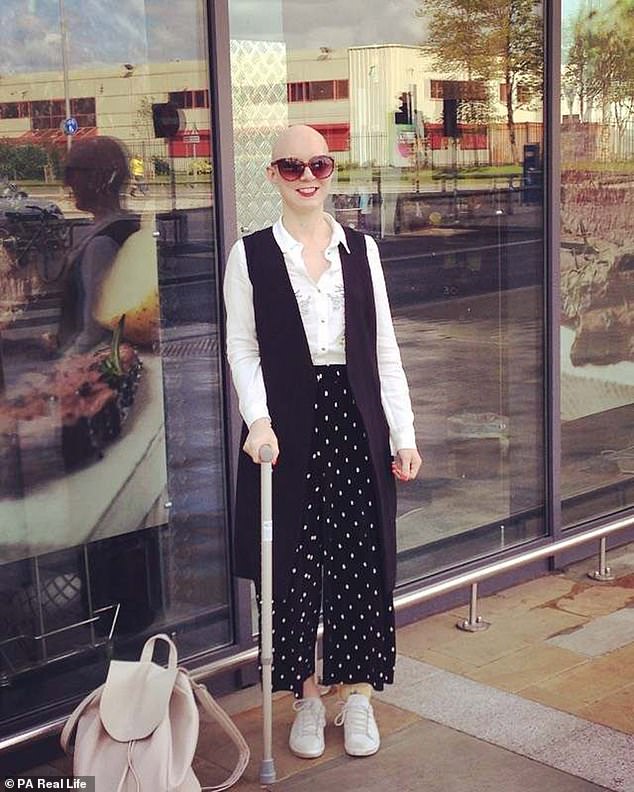 Mrs Gaffney-Lang suddenly suffered a huge seizure in her sleep in September 2016, despite being fit and healthy. Tests revealed she had a common grade two glioma brain tumour 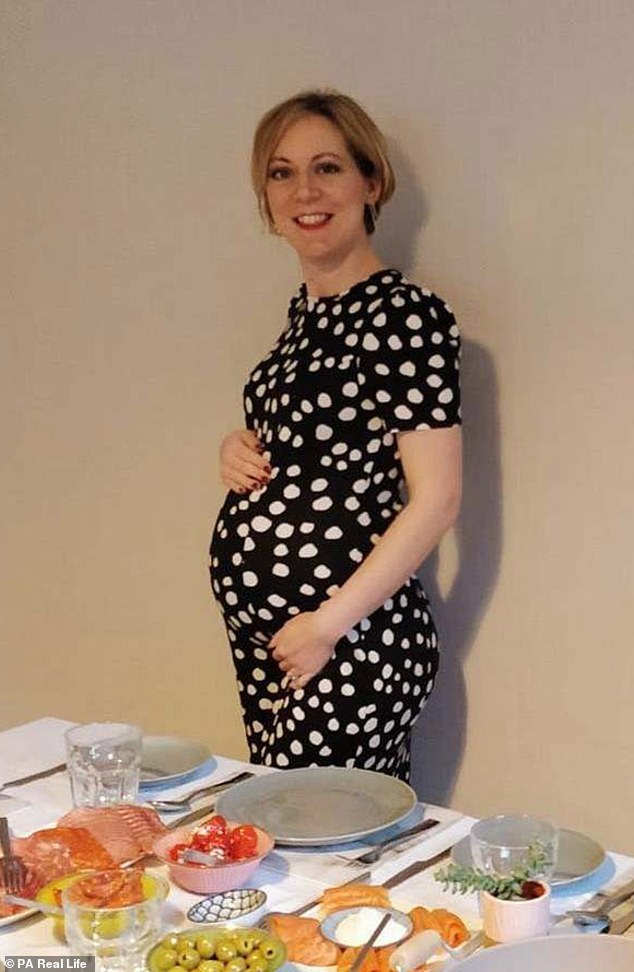 Due in March, Mrs Gaffney-Lang said she had no symptoms in the lead up to her seizure.

She ate well and regularly exercised. But after a day out at York races in August 2016, she was asleep in a hotel room when disaster struck.

She said: ‘I had a big seizure in my sleep. I don’t remember the exact moment it happened, all I remember is coming to feeling really frightened.

HOW CAN CHEMOTHERAPY AFFECT A WOMAN’S FERTILITY?

Most chemotherapy (chemo) drugs can damage a woman’s eggs. This depends on the woman’s age, the types of drugs she gets, and the drug doses, making it hard to predict if a woman is likely to be fertile after chemo.

If a woman is young, she has more eggs in the ovaries, and therefore a higher chance of getting pregnant after treatment.

Girls who had chemo before puberty or young women whose menstrual periods start back after chemo are at risk for early menopause.

It’s advised to avoid getting pregnant during chemo. Many chemo drugs can hurt a developing feotus, causing birth defects or other harm. A woman might be fertile during some types of chemo, so they will need to use very effective birth control.

Women are often advised not to get pregnant within the first 6 months after chemo because the medicine may have damaged the eggs that were maturing during treatment. If a damaged egg is fertilized, the embryo could miscarry or develop into a baby with a genetic problem.

‘There were loads of people in the room including hotel staff and paramedics.

‘Matt was also there, and while I was lucky it hadn’t happened when I was on my own, it must have been really distressing for him to see.’

Mrs Gaffney-Lang, who married Mr Lang with just two guests – their witnesses – during her treatment in 2017, was taken to a local hospital and examined, before she was referred to a neurologist at Salford Royal, closer to where she lived.

There, she underwent a number of tests, including an MRI scan.

Her life turned upside down when she was told she had a grade two glioma – one of the most common types of brain tumour.

About half of all primary brain tumours are gliomas, according to the NHS.

Around one new case of primary brain tumours are diagnosed for every 12,500 people each year – in other words about 4,500 new cases in the UK annually. The figure is closer to the 80,000 mark in the US.

Mrs Gaffney-Lang said: ‘I was really fit and active, and so the thought of cancer – let alone a brain tumour – never crossed my mind. It was a complete bombshell.

‘Doctors couldn’t say much at first. All they knew was that I had a tumour. They needed to do more tests to determine exactly what kind, and exactly what we were dealing with.’

Further investigations showed that the tumour was located at the back of her right frontal lobe.

This part of brain controls cognitive skills, affecting the area responsible for movement in the left hand side of her body.

Two months after her diagnosis, Mrs Gaffney-Lang had an awake craniotomy, or ‘awake brain surgery’, where the patient is conscious during surgery.

This is the preferred technique to remove tumours close to, or on, important areas of the brain as it allows doctors to test the patient’s function continuously, particularly before removing anything. 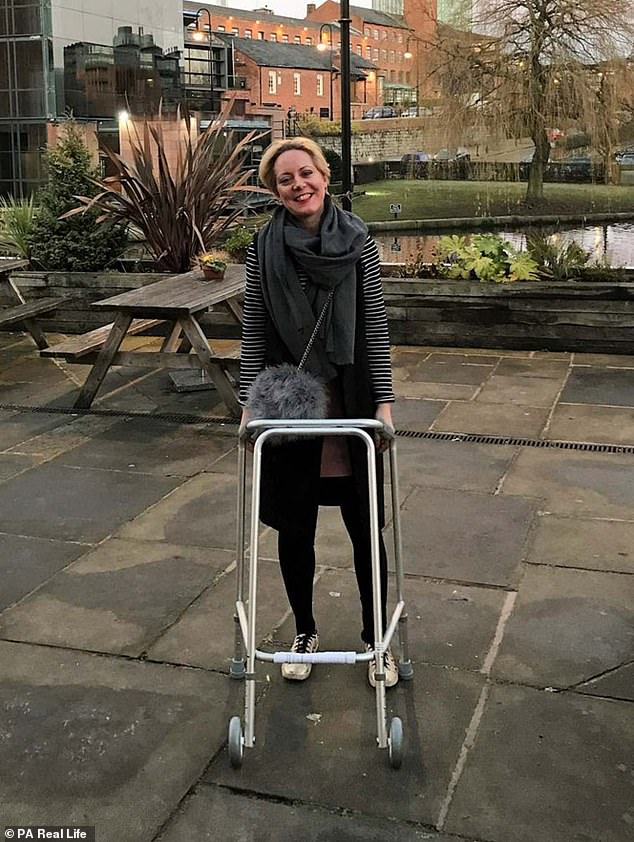 Mrs Gaffney-Lang, a copywriter from Manchester, had 12 cycles of treatment over a year, ending in March 2018 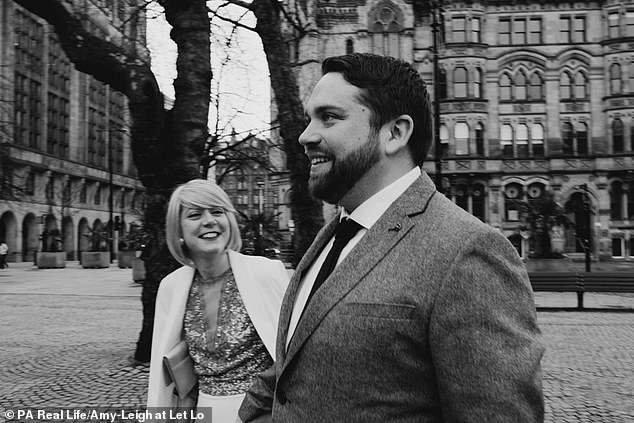 Mrs Lang married Matt Lang with just two guests – their witnesses – during her treatment in 2017. They are expecting their first child in March 2019

WHAT IS A GLIOMA TUMOUR?

Gliomas are brain tumours starting in the glial cells.

There are 3 main types of glioma:

Sometimes the tumour can have a mix of more than one of these types.

Gliomas can be low grade (slow growing) or high grade (fast growing). Doctors use the grade to decide which treatment you need. The position of the tumour is also very important.

About half (50 per cent) of people with low grade tumours will need surgery within two to three years of monitoring.

Some patients have chemotherapy or radiotherapy for reasons such as being over 40 years old, having a lot of the tumour left after surgery, or having a gene change (mutation) called 1p19q.

Mrs Gaffney-Lang said: ‘My memory of the surgery is actually really clear. I was put to sleep whilst they made the incision, then woken back up.

‘They needed me to be awake and alert so they could do tests and work out what would be affected if they removed certain areas.

‘I was chatting away about really normal things – my holidays, what I was having for dinner – while a huge team operated on me.

‘At the time, I felt like I was on a treadmill, just looking ahead to the next step in my treatment and what to do to get better. It’s only now I look back and realise how surreal it all was.’

Unfortunately, during the operation, doctors discovered the tumour was more diffuse – meaning it had threadlike tendrils making it more difficult to remove – than originally thought.

Its precarious position meant removing it completely could pose too great a risk of paralysis, and so the surgery was ended.

‘I could hear them talking about the paralysis risk, which was really scary,’ Mrs Gaffney-Lang said.

‘Because I knew all that was happening, though, I came back round already knowing and accepting that the surgery hadn’t been able to remove the tumour as we’d all hoped.’

After three weeks in hospital recovering, Mrs Gaffney-Lang was allowed home, before beginning a combination of chemotherapy and radiotherapy.

The type of anti-cancer drug chemotherapy uses to destroy cells can reduce the number of eggs stored in the ovaries, and even cause permanent infertility or bring on an early menopause, according to Macmillan.

As well as this, as Mrs Gaffney-Lang would be undergoing radiotherapy to her brain, there was a high risk of her pituitary gland, which releases the hormones that stimulate ovaries, being affected.

Mrs Gaffney-Lang froze some of her eggs in an attempt to preserve her chances of having children.

She only had one shot, due to the urgency of her needing to start treatment.

Mrs Gaffney-Lang said: ‘With everything going on, my fertility hadn’t even entered my mind, so I’m really glad the doctors bought it up with me.

‘I’d always wanted kids so it would have been tough if I’d lost my chance altogether.’

Mrs Gaffney-Lang endured 12 months of treatment which took place every month for a year.

Then, to her amazement, three months after finishing in treatment in March 2018, she discovered that she had conceived naturally – against all odds. 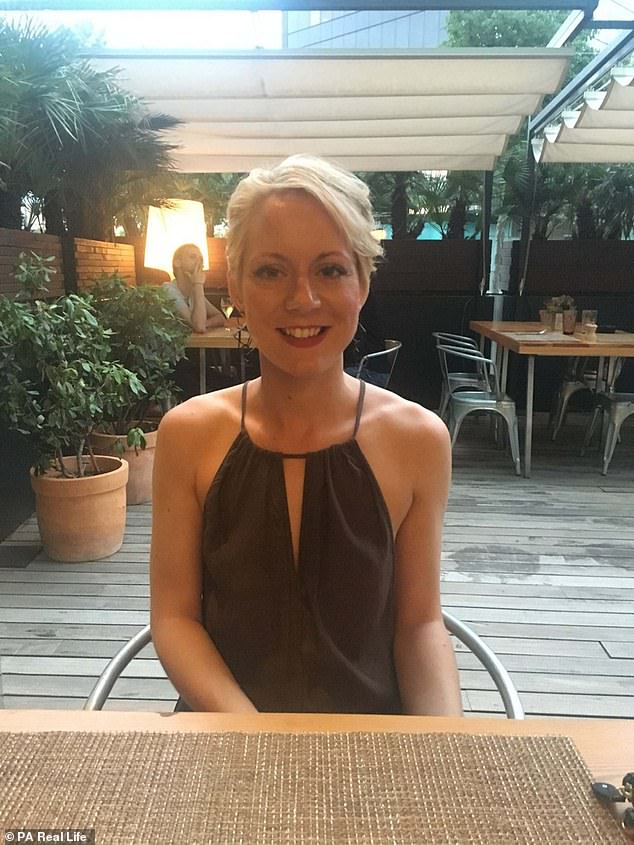 Mrs Gaffney-Lang froze some of her eggs in an attempt to preserve her chances of having children, but was only given one shot due to the urgency of needing treatment 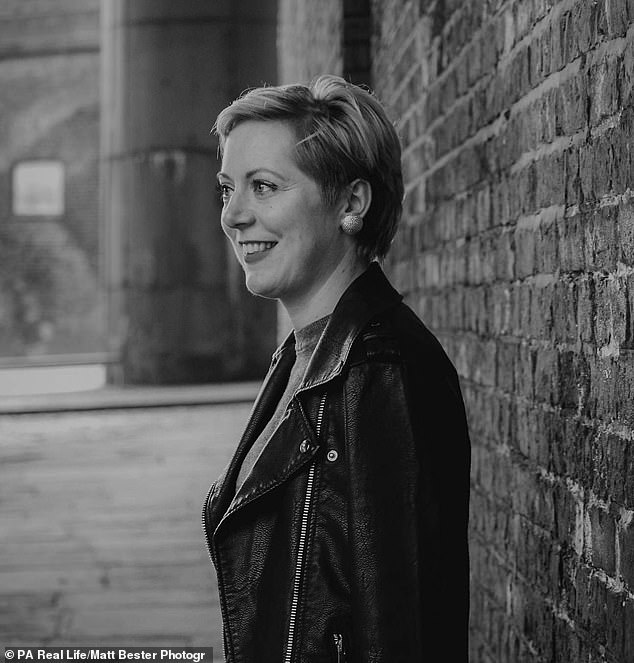 ‘It was absolutely amazing. Matt and I couldn’t believe it,’ Mrs Gaffney-Lang said.

Worried about whether her body could cope, Mrs Gaffney-Lang discussed her pregnancy with her medical team, but they were happy for her to proceed so long as she was regularly monitored.

Thankfully, she has coped remarkably well, and now cannot wait to meet her baby, which she doesn’t know the sex of.

Throughout her journey, she has been supported by the charity Trekstock, which helps young adults in their 20s and 30s affected by cancer.

Praising them for all they’ve done for her in her hour of need, she said: ‘When you spend your life in hospital waiting rooms, you don’t see a huge amount of young people, so it was great to find Trekstock and a community of people just like me.

‘I’ve been to several meetups, and they’re so fantastic and informal. It just feels like a group of friends on a day out – there’s nothing forced about it.

‘Everyone I’ve met has been really excited for me and my baby too.’

Now preparing for her miracle arrival in March, Sarah is currently finished with treatment, and continues to undergo regular MRI scans to monitor her progress.

She said: ‘Now, I just want to put my all into being a mum.’

‘Finding out I was pregnant was a huge surprise. I assumed kids would mean carefully deciding on the right time to use the eggs that had been frozen, so it’s amazing it happened naturally.

‘Throughout my treatment, I lived life only thinking one step ahead, but now I need to train myself to think more long term.

‘Though I was worried about how my body would cope with pregnancy, I’m as stable as I can be and now can’t wait to meet him or her.’