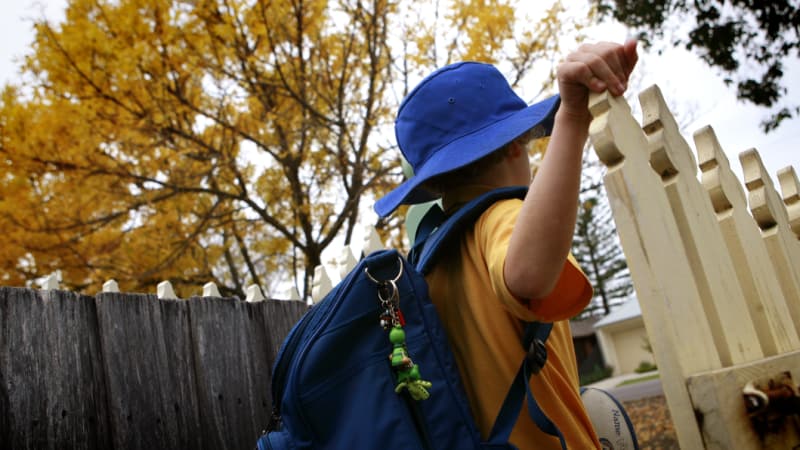 "Please get dressed – we have to leave in five minutes," I pleaded for the 20th time, my patience waning. "You still need to brush your teeth. You haven't packed your backpack! We're going to be late for school, again."

This was a typical weekday morning in my home last year. Unfortunately, my first- and third-graders couldn't seem to grasp the morning routine. All three of us have attention-deficit/hyperactivity disorder, and we struggle with time management and executive functioning. As a result, my kids were late to school – a lot. 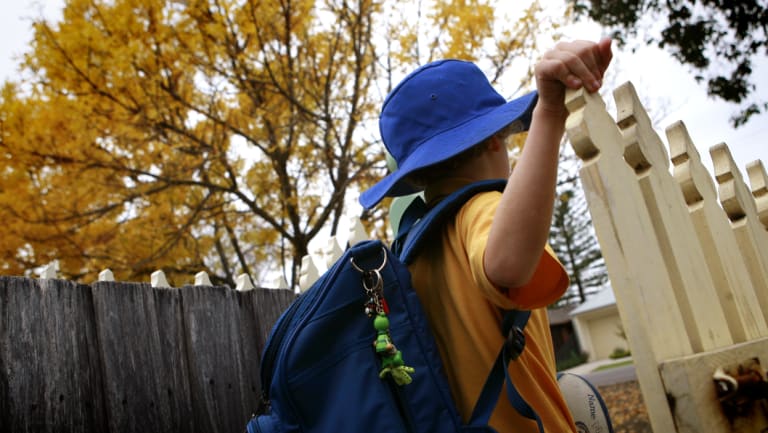 By the first day of school this year, I had completely transformed our lives.Credit:Paul Jones

During the last month of school, when I was at my wit's end, the principal called me in to discuss my kids' excessive tardiness, and I knew something had to change. Fortunately, she was understanding, and I left the meeting with the beginning of an idea. By the first day of school this year, I had completely transformed our lives – the mornings and the evenings.

I accomplished this by paying my kids to perform basic life tasks. In behavioral psychology, this is called positive reinforcement. And it works.

"Positive reinforcement is reinforcing a positive behaviour with a positive response, which makes the behaviour more likely to happen in the future," says Lauren Mosback, a behavioral specialist. "That can look like anything from verbal praise and encouragement to offering a tangible reward."

I do both. I praise my kids for a variety of simple things they do well and reward them with money for behaviours I'm shaping. For example, whenever my children listen right away or do something well, I praise them. But I also use personalised responsibility charts so they can be at school on time. As they complete tasks, they check them off and earn money.

"One of the biggest concerns I hear from parents is, 'Isn't this bribery?' " says psychologist Cindy Graham. "Basically, yes. But then I ask them how many adults will go and work out of the kindness of their heart if they weren't getting paid monetarily. Reinforcement is built into who we are. It pays to go to work. We don't do it for free, even if society needs it. Kids are no different."

Positive reinforcement can also work to eliminate attention-seeking behaviours (your child interrupting you while you are on the phone), avoidance behaviours (finding other things to do instead of getting ready for school), access demands (wanting a particular toy or to go out with friends) and even aggressive or violent behaviours. "What often happens is that we inadvertently and constantly reinforce all of the negative things – we point out what they are doing wrong," says psychologist Nicole Beurkens. "We shine this huge spotlight on the problem instead of putting the spotlight where it needs to be, which is things that we want to happen and what we want to see more of."

According to Mosback, saying things like "no" or "stop" won't correct a bad behaviour because a child, especially a young one, may not know the correct behaviour or expectation. They must be taught. Using positive reinforcement teaches that correct behaviour, increases self-esteem and improves the likelihood they will repeat that behaviour.

One option is to create a rewards chart with a clear explanation of expected behaviours. To correct a specific bad behaviour, Beurkens recommends rewarding positive behaviour in 15-minute intervals – they'll receive a check mark for each block of time they behave well. When they do well, slowly increase the length of time.

My kids needed more structure to accomplish their daily routine, so I created a chart that broke down the broad goal of getting ready for school into small steps so my children would know what is expected of them. I also defined what was expected of them each afternoon.

I wrote down each morning and afternoon responsibility, and I added several new tasks. They would now need to make their beds, feed the dog, practice music, keep their rooms clean and pick out their clothing the night before. Ambitious, I know.

Next I created a weekly responsibility chart. Days of the week are listed across the top and responsibilities are listed down the left. I grouped several responsibilities together and assigned a completion time. Each time they complete a group of tasks on time, they earn money, ranging from 10 cents to 25 cents.

Learn the 'language of the positive'

According to behavioral psychologist Elliott Jaffa, positive reinforcement requires speaking without using no, not, isn't, didn't, don't, couldn't, or any "n apostrophe t" word. I strive to do this, but it's a work in progress.

On the day I interviewed Jaffa for this story, I described my morning. My daughter accomplished everything in her first group of tasks except brushing her hair. She walked downstairs with the hairbrush, placed it on the kitchen table, and began to eat. When her time was up to receive her first reward, I explained that because she didn't brush her hair before 7:20am, she didn't earn her first 15 cents for the day. But, I said, I knew she could earn the next reward.

Jaffa shared how I could have handled the situation better.

"First," he said, "you did the damage with the word 'didn't.' Next time, ask her, 'What is that in your hand? How does it work? Can you show me?' Ask questions to avoid saying she didn't brush her hair. Every time she comes up with the right answer, you have an opportunity to say, 'Great, that's perfect.' You set her up for three to four positives in a matter of seconds."

Create a chart that works for you

Positive reinforcement has changed our lives. My home is less chaotic and more peaceful this year, and my kids are getting to school on time. Here are a few suggestions for using this system with your own kids.

Modify when needed and be flexible
When we started, my children had to complete nine tasks each morning to earn their reward. When they recognised that they wouldn't complete everything on time, they became discouraged. So I created three deadlines, with just a few tasks in each. If they complete all those tasks within the time allotted, they earn a reward. Several of the experts I interviewed suggested I break it down further and reward them for each task completed within a certain time frame, even if they don't finish all of them on time. And when needed, I'm flexible with the amount of time allowed. If my daughter requests extra time to complete her homework but she's focused the entire time, she can still receive her reward.

Choose a motivating reward, and give it often
Rewards can be anything – toys, stickers, screen time, special privileges or money. Some children may need rewards immediately, while others respond to getting them once a day. I pay my children weekly, but several experts encouraged me to switch to daily rewards. They explained that if I give a reward days later, my children may not be as motivated to complete their tasks, because the reward is not as directly associated with the chore. More immediate rewards will set them up for success.

Customise your chart, and keep it positive
My chart contains an entire week on one page. Two experts recommended I break it down to have just one day per page, to make it more visually appealing. For younger children, they recommended bright colours and pictures to illustrate each goal. If you're not sure where to start, the internet can help. Find a chart that speaks to your general needs, then modify it. Keep it positive by writing "spoke in a positive tone" or "kept hands and feet to yourself," instead of saying "don't be rude" or "don't hit your brother." Words that end in "n't" aren't allowed on a chart, either.