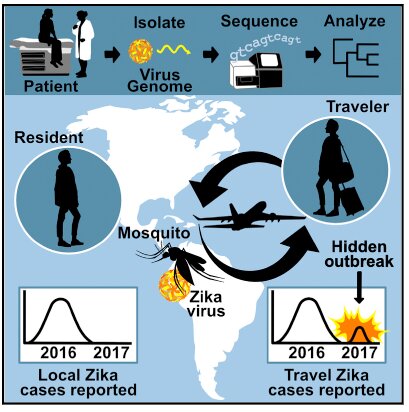 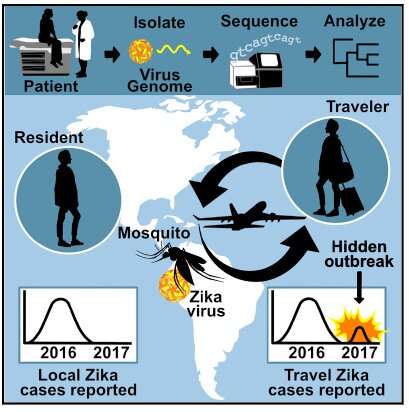 Public health experts report August 22 in the journal Cell that surveillance of international travelers for infectious disease can help reconstruct unreported or undetected outbreaks of Zika and other viruses. By sequencing virus genomes from infected travelers, analyzing travel patterns and mosquito modeling, the researchers unearthed a spike in Zika cases from travelers returning from Cuba during the summer of 2017 that was not captured by local reports, says study co-author Nathan D. Grubaugh, an epidemiologist at the Yale School of Public Health.

Three years ago, a well-publicized Zika epidemic in Brazil was tied to microcephaly and other congenital abnormalities. Zika is also associated with neurologic disorders, including Guillain-Barré syndrome. However, disparities in data make it unclear whether the virus—transmitted by the mosquito Aedes aegypti—is still a threat in the Americas.

“As the larger Zika epidemic in the Americas appeared to be waning towards the end of 2016, we became interested in understanding whether the epidemic was truly gone or whether ‘hidden’ transmissions could still be occurring,” says study co-author Scott F. Michael, a biologist at Florida Gulf Coast University.

Between June 2017 and October 2018, more than 98 percent of the travel-associated cases reported in Florida and Europe came from Cuba. The timing of this outbreak was a mystery: conditions in Cuba could have supported a large Zika outbreak in 2016. Why did Cuba’s cases jump in 2017?

The main resource for reporting Zika cases is the Pan-American Health Organization (PAHO), which relies on local case reporting from member countries. To check the accuracy of PAHO results, the researchers sequenced Zika virus genomes from infected travelers in Florida and detected the unreported spike in cases in 2017.