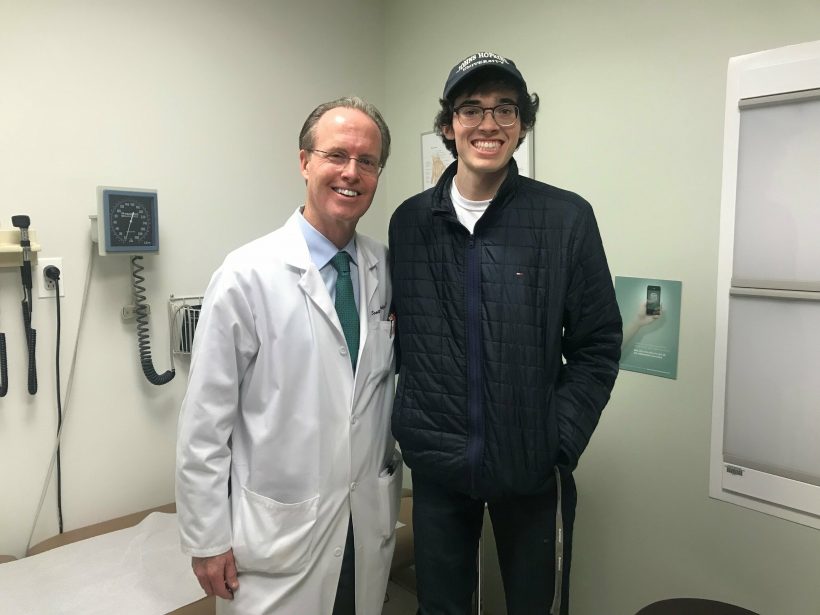 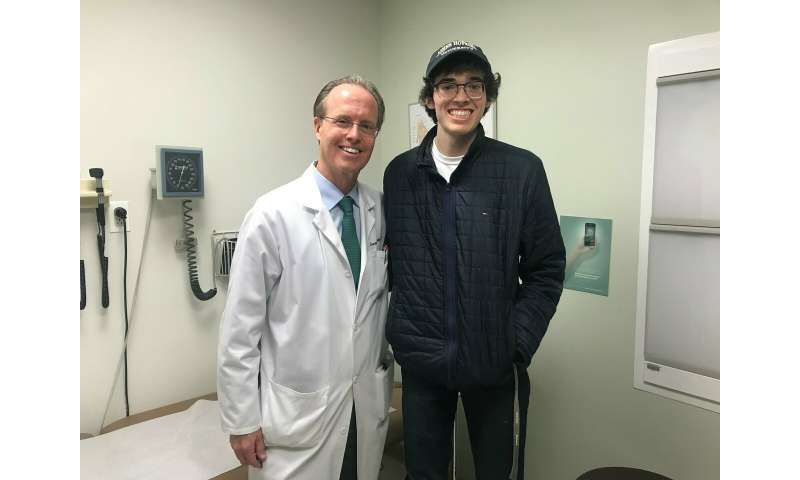 An innovative and complex surgery involving nerve transfers is restoring hope and transforming lives torn apart by a mysterious and devastating illness. Acute flaccid myelitis, also known as AFM, strikes without warning, shows no mercy and frequently results in paralysis. Most affected patients are children, and nearly all have partial or complete loss of muscle function in their arms or legs.

Dr. Scott Wolfe, an orthopedic surgeon specializing in nerve injuries at Hospital for Special Surgery (HSS), has restored arm movement and function in a number of young AFM patients previously told their paralysis would be permanent.

The journal Pediatric Neurology published two AFM case studies by Dr. Wolfe and colleagues. The article was made available online in the summer of 2018, in advance of final print publication in November 2018. The report documents patients, ages 12 and 14, who had suffered partial paralysis and regained movement in their arms after nerve transfer surgery at HSS.

“We published the case studies to raise awareness in the medical community,” said Dr. Wolfe. “Since the procedure is so highly specialized and performed by very few surgeons, most people, even doctors, are unaware that nerve transfer could potentially help AFM patients. But there is a window of opportunity, and the surgery should ideally be performed within six to nine months of disease onset.”

Cases of acute flaccid myelitis, which is considered a subtype of transverse myelitis, have been on the rise in the United States since 2014, according to the Centers for Disease Control and Prevention. The illness, which is most common in children and teenagers, appears to occur after a viral infection. Within a day or two, inflammation within the spinal cord leads to muscle weakness and rapid, progressive paralysis of the arms and/or legs. In 2014, and again in 2018, a disturbing spike in cases was reported in certain regions of the United States.

Patients suffer different degrees of paralysis, and while some regain function, many suffer some degree of permanent paralysis. No nonsurgical treatment has been shown to be effective.

At age 15, Kale Hyder of Davenport, Iowa was not only the picture of health, but an accomplished athlete. At 6-foot-two, the active teenager played on his school’s basketball team and on an elite traveling team in the summer. One day in June 2015, he woke up with a stiff neck and asked his mother for a new pillow. By the next day, he could not move his arms and could barely stand up. His mother rushed him to the emergency room. Soon after, he was paralyzed from the chest down.

Kale was diagnosed with transverse myelitis. After days and months had passed, Kale and his family were shocked to receive a terrible prognosis. “We went to an excellent neurologist in the Chicago area, and he said, ‘I’m so sorry, you’re not going to regain function of your hands.’ It was devastating, I’ll never forget receiving that news,” recalls Marcy Hyder, Kale’s mother. “Here’s my basketball player, sitting next to me in a wheel chair. Everything changed in the blink of an eye. When we got out of there, we all just sobbed.”

At that time, Kale was receiving occupational therapy at Shriners Hospitals for Children in Chicago, and the therapist told them about another young girl in her care who had been helped by Dr. Wolfe at HSS. In March 2016, the Hyders made the trip to New York.

Although several doctors had indicated that Kale would require assistive devices and a caregiver to help with activities of daily living, Dr. Wolfe gave them another option. And he gave them hope.

Dr. Wolfe performed nerve transfers to each arm, followed by tendon transfer surgery a year later to restore function in Kale’s hands and enable him to lift his arm over his head. Nerve transfer surgery entails taking all or part of a working nerve with a less important or redundant function and transferring it to restore function to one or more muscles that have been paralyzed. The delicate and painstaking surgery requires hours of muscle and nerve testing and meticulous planning by the surgeon and his team beforehand. It’s not uncommon for Dr. Wolfe to work much of the day and into the night to plan the surgery. Performed under a microscope, each set of nerve transfer surgeries can take five to seven hours.

“We have been performing nerve transfers for patients with brachial plexus injuries, so it made sense to try it for AFM patients,” Dr. Wolfe said. “But it’s more challenging. Since the disease causes almost random patterns of muscle paralysis, there’s no roadmap to follow and we have to come up with a creative solution for each patient. We take a full inventory of what’s working and what’s not working in each limb by checking each muscle. We look for donor nerves, so if two muscles move an elbow, for example, we can take one of the nerves controlling that function and use it to restore function to a hand or shoulder.”

Marcy says she is extremely grateful to the Shriners occupational therapist and a physician there who told her about HSS and Dr. Wolfe. “We would never have known. We would have missed that window of opportunity for surgery. Without it, Kale would not be functioning as he is today,” she says. “Think of everything you do with your hands; he couldn’t do it. But he can now. What Dr. Wolfe did for him is absolutely amazing. He gave him his independence.”

Now Marcy is on a mission to raise awareness that nerve transfer surgery could be an option for transverse myelitis and AFM patients, but they need to be evaluated sooner rather than later.

Kale, now a freshman at Johns Hopkins University, credits Dr. Wolfe with enabling him to follow his dreams. A pre-med major, he plans to be a neurologist and a researcher so he can help others. He attends classes, engages in volunteer work on campus, types on a keyboard, shops for food and does his own laundry.