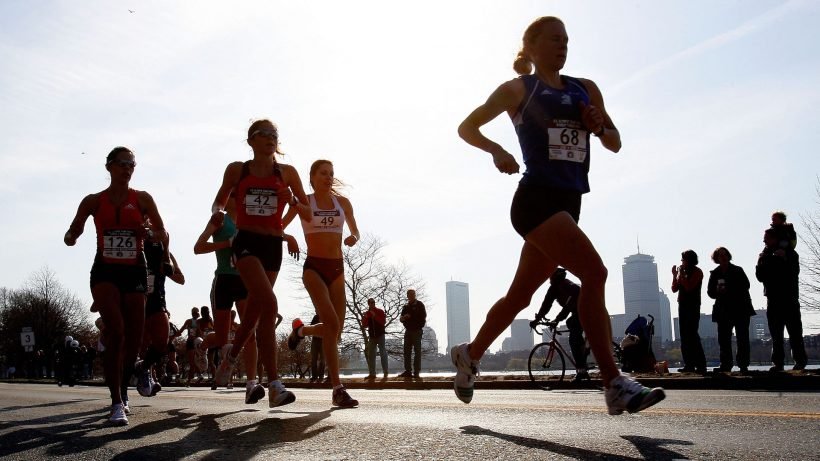 Ultra-running is nothing short of epic. It is mentally challenging, emotionally taxing and physically demanding — which is why ultra-runners train for months at a time. And if you’re a new parent to boot? That training can feel infinitely harder; after all, time on the track means time taken away from your family. But one woman’s hard work recently paid off. Ultramarathoner and new mom Jasmin Paris won a 268-mile race — while pumping breast milk.

Just to be clear, Paris didn’t cross the finish line with a pump in her hand. The veterinarian from Edinburgh, Scotland, told BBC News that, while she had enough frozen milk for her 14-month-old daughter, she needed to pump at checkpoints along the route to ensure she didn’t contract mastitis.

“I had thought I would have stopped breastfeeding by this point and tried when Rowan was 1, but over Christmas she got two viruses and I had to go back to feeding her multiple times throughout the night to soothe her,” Paris said. So she stopped approximately half a dozen times. “Although my milk production diminished throughout the race, I did express at four out of the five checkpoints.”

But that’s not all. Paris didn’t just win the race; she bested it, breaking the course record by more than 12 hours. Her official time was 83 hours, 12 minutes and 23 seconds.

Paris is one of many ultra-moms who has pumped or fed while on the course. In September, ultra runner Sophie Power continued to breastfeed her 3-month-old child during a 166-kilometer event. In 2016, mom of four Emily Sabato nursed while running the TCS New York City Marathon, and countless other mothers have done the same.

Paris also told BBC News the race was hella hard. “The first night was the hardest for me mentally because I was away from my daughter… it was [also] the hardest race I’ve done due to the amount of time and weather wise, but I’m really happy because I gave it my best shot. I raced hard and… it’s been a life affirming experience.”

Now, if you’ll excuse me, this very pregnant runner and writer (who just ate Cheetos and a chocolate bar) is going to go register for New York City Marathon because I just got inspired.