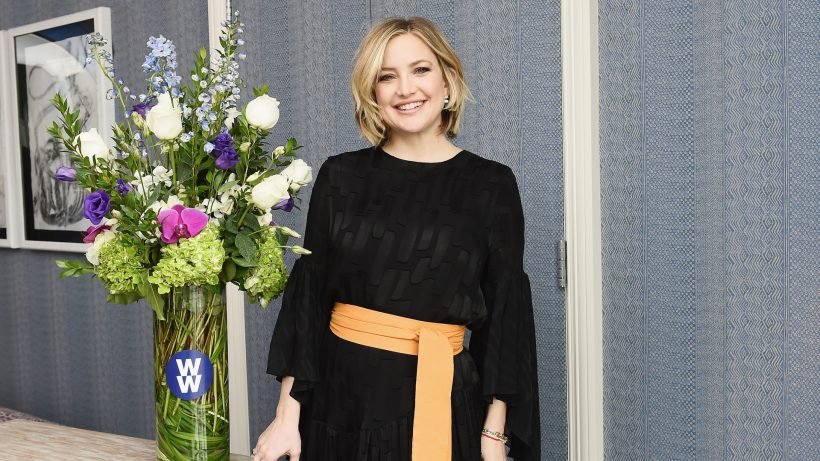 While some stores have toned down the hyper-gender-specific clothing they sell in the kids’ section, we still have a long way to go before society acknowledges gender is a spectrum and not every child identifies as a “boy” or a “girl.” Until then, some celebrity parents are raising their kids in gender-neutral environments — including Kate Hudson, who welcomed the birth of her first daughter, Rani Rose, with boyfriend Danny Fujikawa in October.

Hudson, who has two sons, Ryder and Bingham, from previous relationships, recently told AOL that while she loves having a girl, her parenting style hasn’t changed much.

“I think you just raise your kids individually, regardless — like a genderless [approach],” she said. “We still don’t know what she’s going to identify as.”

It’s great to see a celebrity acknowledging that not only is gender a social construct, but also that kids have agency over their own identities and bodies — no matter how many pink dresses they wear.

Still, Hudson says that she does notice some distinct differences between Rani and her sons.

“I will say that, right now, she is incredibly feminine in her energy, her sounds, and her way,” she added. “It’s very different from the boys, and it’s really fun to actually want to buy kids’ clothes. With the boys, it was just onesies… But with her, it’s a whole other ball game. There’s some stuff that I’m like, ‘I can’t do that to her, because it’s so over the top.”

Hudson better hold onto any gender-neutral kids clothing she has, too; the new Weight Watchers ambassador told Today earlier this month that she wants to have a lot of kids with Fujikawa.

“I always thought I’d have four to six kids,” she said on the show. “That was, like, when I was really little, I thought that. When you come from a big family… you either don’t want kids, or you want a lot of kids. So I always thought I’d have [more kids]. At one point, I was like, ‘Oh, maybe I’m done.’ And then I met Danny and was like, ‘Alright, I got to pump them out for him.’”

And, while she may raise her kids in a genderless fashion, that hasn’t stopped her from already thinking about what she’d like to have next. “[Fujikawa] needs a boy, his own boy,” she added.

Whichever gender her next child identifies with, we’re sure Hudson will handle it with grace. And we’re also pretty sure Goldie Hawn will be all up in there for the delivery (again).