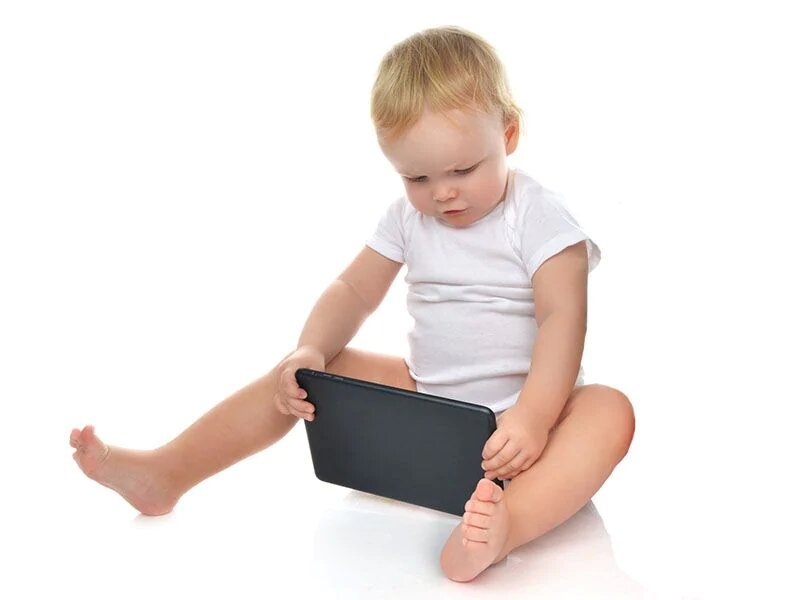 (HealthDay)—The electronic babysitter is alive and thriving in the new digital age.

A new study says it all: Children under the age of 2 spend twice the amount of time in front of a screen each day—almost three hours, to be exact—as they did 20 years ago.

Kids are being exposed to far more screen time than recommended by pediatric experts, the researchers added.

That screen was most often a TV set, with the television viewing of toddlers rising fivefold between 1997 and 2014, the study findings showed.

Children aged 3 to 5 actually spent less time on screens than younger kids, around two-and-a-half hours per day, with no significant change between 1997 and 2014, according to the report.

The American Academy of Pediatrics discourages all media use for kids younger than 2, and recommends limiting screen time for children aged 2 to 5 to just one hour a day of high-quality programming.

The researchers found it “surprising” that television still served as the screen of choice for young children, even four years after the debut of the iPad in 2010, said lead researcher Weiwei Chen, an assistant professor with the Florida International University College of Public Health and Social Work, in Miami.

“It’s possible they are using it in good ways, like for educational purposes,” Chen said. “But also remember that looking at this young age, it’s before they are attending school, so I would think these are not children that are using that for homework.”

For their study, the researchers used data from the Panel Study of Income Dynamics, the world’s longest-running household survey. Directed by the University of Michigan, the study has been tracking U.S. family trends since 1968.

The findings were published online Feb. 18 in the journal JAMA Pediatrics.

TV might have become an easier option by 2014 because streaming services and on-demand programming had largely replaced video tapes and DVDs, said Pamela Rutledge, director of the Media Psychology Research Center.

“By 2014, there were many more choices in children’s television programming following in Sesame Street’s example and with lots of cable channels to fill,” Rutledge said.

“Some shows intentionally build in interactivity that reinforces learning, such as ‘Dora the Explorer’ and ‘Blue’s Clues.’ However, not all programming is suitable for children, and not all children’s programming is truly educational,” she added.

“Research my collaborators and I have conducted indicates that TV may be used to help manage children’s behaviors and allow parents to accomplish tasks at the home,” Domoff said. “Some households frequently leave TV on in the background throughout the day, which may also increase a child’s screen time.”

“We know that having a TV in a child’s bedroom increases a child’s risk for sleep issues and obesity,” Domoff said. “Additionally, research has also indicated children hear fewer words from caregivers and have fewer conversations when TV or other electronic media is on, compared to when it is not on. Therefore, excessive screen time may interfere with important activities or routines essential for a child’s development.”

Chen also pointed out that it’s very likely that tablets and mobile devices have become more used among kids 5 and younger since 2014.