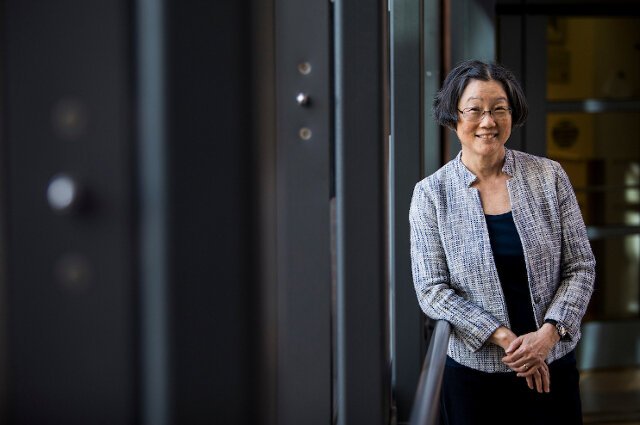 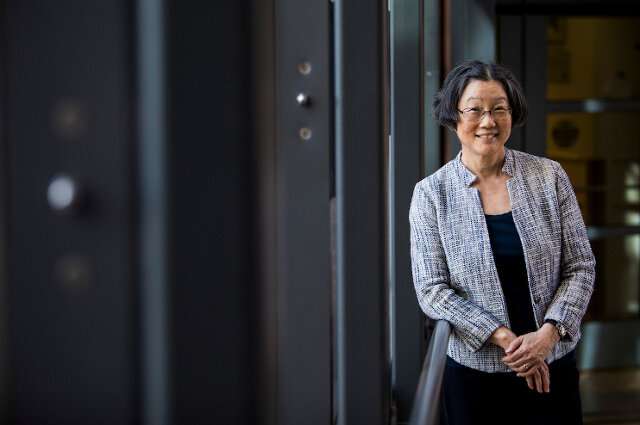 The more we learn about our microbiota—the teeming community of bacteria and fungi that inhabit us—the more complex it seems. Take one of the common fungi, Candida albicans, which can normally be found in our gastrointestinal (GI) tracts and on our skin. In healthy humans, too much of this fungus may only amount to a bothersome yeast infection.

But in at-risk patients, like those hospitalized or immunosuppressed, C. albicans can overgrow, move into the blood and spread throughout the body, resulting in a hard-to-diagnose and potentially fatal disease. Current treatments for fungal infections include a course of antifungal drugs, which can heighten the risk for additional infections and promote drug resistance.

Carol Kumamoto, a microbiologist at Tufts School of Medicine, has studied C. albicans for the past two decades. In 2015, she published a study, along with HNRCA nutrition scientist Alice H. Lichtenstein, that suggested that some dietary fats could reduce the colonization of C. albicans in the GI tract of mice.

C. albicans can also cause infection in preterm infants because of their immature immune systems. Seeking to extend her 2015 study, Kumamoto collaborated with Joseph Bliss, a physician at Women & Infants Hospital in Rhode Island, to study the effects of a dietary fat on preterm infants with Candida colonization.

Researchers supplemented the diet of seven preterm infants with medium chain triglyceride (MCT) oil, a safe-to-consume dietary fat currently used in low concentrations in infant formula. The team measured the level of fungi that grew in the infants’ GI tracts before, during, and after supplementation. The results were striking. The researchers found that supplementing formula with MCT oil reduced the fungus that can cause infections. The research was published last year in The Pediatric Infectious Disease Journal.

Tufts Now recently spoke to Kumamoto about the results and some of the surprising implications that this work has for understanding the balances of bacteria and fungi in our guts.

We found that supplementation decreased C. albicans in the GI tract of infants, which was consistent with the results in mice. In our mouse studies, we used one type of Candida, namely C. albicans. But in the natural world, people have many different organisms that inhabit their microbiome. So, one difference we saw in humans was that the MCT oil supplementation was effective in reducing colonization of several different species of Candida that naturally exist in our gut.

We know that excess Candida in the GI tract raises the risk for infection. MCT oil supplementation in preterm infants reduced that fungus in their GI tracts, suggesting that there would be a reduction of infection risk, but this study was not large enough to measure effects on infection rate.

What are the next steps for your research on this?

This study administered the MCT oil-supplemented formula for only seven days. We are interested in extending the length of administration and we hope to see a similar effect.

Can C. albicans be potentially beneficial despite its reputation as a pathogen?

We know that human susceptibility to infection by a bacterium called Clostridioides difficile—also known as C diff—which affects at least a half million Americans a year, depends on the state of the microbiome. Things that drastically change the levels of its constituents, like a course of antibiotics, increase the risk for C diff infection.

We also know that the presence of C. albicans can affect the way the bacterial microbiome recovers from antibiotic treatment in mice. In a study published in Gut Microbes last year, we sought to find out if pre-colonization with C. albicans would affect the susceptibility of mice to C diff infections, and we found that yes, when C. albicans is present, the host is protected.

What prompted you to look at the good side of C. albicans?

Our bodies naturally acquire bacteria and fungi as we develop. There’s a great study that was done in the 1970s by Russell and Lay which looked at Candida colonization in babies at birth by swabbing their mouths. The babies went home, and the researchers swabbed again a month later, and found that 96 percent of the babies now had fungi, most commonly C. albicans.

So it’s a very natural process for humans to acquire these microorganisms. From an evolutionary standpoint, wouldn’t you imagine that our bodies would have evolved to resist C. albicans colonization since it could potentially cause problems later in life? This made us think that there must be another side to C. albicans that is good for you.

Do you think these beneficial aspects are a product of rebalancing microbiota?

I do think so, yes. One possibility is that the role of fungi in the GI tract community may be to maintain protectiveness when the bacterial community has been destroyed. We take antibiotics, which has a profound effect on our microbiota by decimating bacteria. Because Candida is a fungus, it is not affected by antibacterial drugs and could “hold down the fort” to protect the host. Then, when bacteria can repopulate the gut, Candida would go back to normal—low—levels.