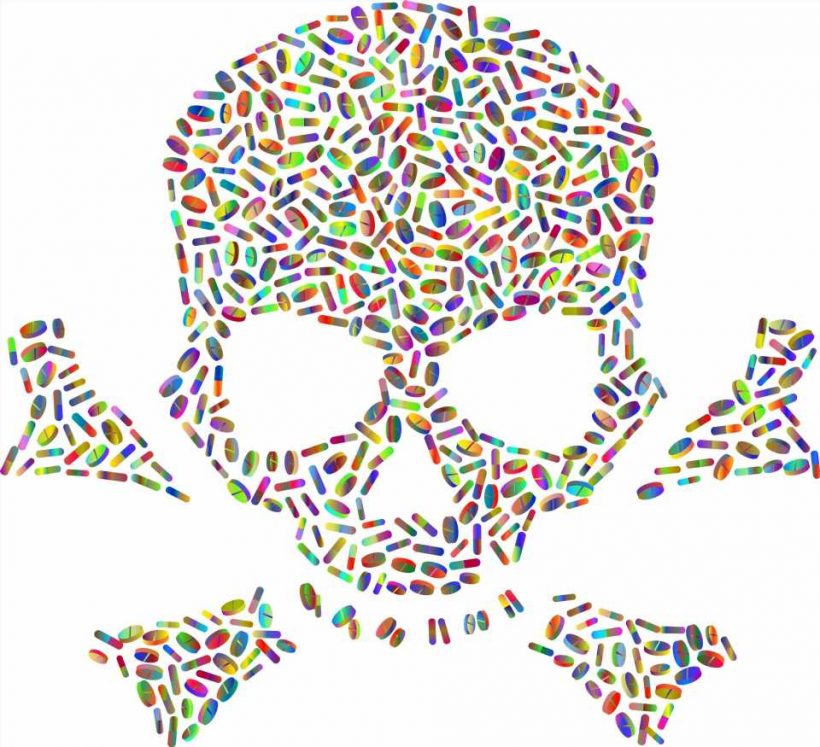 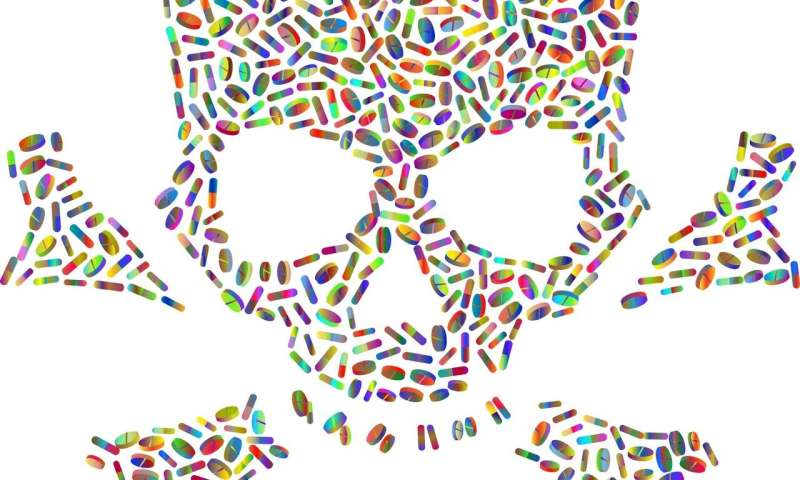 A veritable flood of naloxone helped to slash opioid overdoses since 2017, but the lifesaving tide may be ebbing, at least in Allegheny County.

The amount of free Narcan—the nasal form of the overdose-reversal drug naloxone—supplied by the state to the county has plunged. Some pharmacists, meanwhile, say they are losing money on many of their sales of Narcan kits.

The trend worries advocates who have spent decades trying to reduce the harm done by addiction.

“I absolutely cannot see the rationale, in the face of the deaths that we’re seeing, for reducing state funding for Narcan,” said Alice Bell, the overdose prevention project coordinator at Prevention Point Pittsburgh, which distributes naloxone. “If we’ve seen a significant drop (in overdoses), then we should do more of what we’re doing. … We need to increase, not decrease, our efforts.”

Naloxone has long been available in a cheap, injectable version. Radnor-based ADAPT Pharma Inc. revolutionized the drug’s distribution in 2015 following the federal approval of the easy-to-use—but expensive—Narcan nasal spray version.

Prevention Point Pittsburgh, which provides clean needles to intravenous drug users, primarily gives out the injectable naloxone. Bell said nasal Narcan is also crucial, because there are many people who may come across overdoses who may not be comfortable administering injections.

Since November 2017, the Pennsylvania Commission on Crime and Delinquency has been the main source of free Narcan given to governments statewide, which in turn distribute it to first responders and others likely to encounter overdoses. The commission’s criteria for distributing Narcan depends in part on the change in the number of overdose deaths.

In the fiscal year that ended in mid-2018, the commission gave the Allegheny County Health Department 2,976 kits of Narcan, containing two doses each. It followed that with a flood of 10,176 kits in the fiscal year ending in mid-2019.

In calendar year 2018, overdose deaths in Allegheny County dropped 41% from record-breaking levels—far steeper than the 18% drop in the state as a whole.

This fiscal year, the state has a total of 2,268 kits reserved for Allegheny County, of which it has shipped roughly half, according to Samantha Koch, a senior project manager at the commission. She said the amount is lower this year in part because the money available for the commission to spend on Narcan dipped from $2.5 million in each of the prior two fiscal years to $1.5 million this year.

The county health department “currently has 246 naloxone kits at its pharmacy and will continue replenishing as necessary,” wrote department spokesman Ryan Scarpino, in a Dec. 18 response to questions. The county, he wrote, gives out around 770 Narcan kits per month.

Rachel Radke laughs with her 8{-month-old son, Ari, in their duplex in Wilkinsburg. Radke said she benefited from her experience with the Pregnancy Recovery Center at UPMC Magee-Womens Hospital. Ari is her third child and she said her pregnancy, delivery and parenting experience was enhanced by the support she got from the center, as she continues with medication-assisted treatment for opioid use disorder.

The 246 kits, Bell noted, is “like a 10-day supply. … The Health Department, I’m sure, will do everything possible to meet the gap.”

Scarpino wrote that the county health department is indeed tapping some federal funds to buy more Narcan, and the Allegheny County Jail is using $75,000 from its Inmate Welfare Fund to buy kits to provide to inmates upon release.

He wrote that the county is continuing to work on prevention measures, including increasing the availability of medication-assisted treatment for addiction.

J.J. Abbott, a spokesman for Gov. Tom Wolf, issued a statement that the state works “extremely closely with Allegheny County, which has seen significant progress in Narcan distribution and lives saved after overdose,” and “has additional avenues for individuals and organizations to get Narcan, including give-away days across the commonwealth.”

The state Department of Health has added some Narcan to the local supply, distributing 926 kits in Allegheny County in December 2018, and 1,098 kits in September 2019.

In the counties surrounding Allegheny, there’s no word of a Narcan shortage, said Janice Pringle, a University of Pittsburgh professor of pharmacy who leads the Pennsylvania Opioid Overdose Reduction Technical Assistance Center. “Some counties say they’re awash in naloxone,” she said.

Different parts of the state have adopted different strategies for distributing Narcan, noted Devin Reaves, executive director of the Pennsylvania Harm Reduction Coalition. Some focus on getting the drug into the hands of public safety workers. His coalition recommends that naloxone products be provided first to opioid users—because they are most likely to be present for overdoses—and second to their loved ones, and third to public safety workers.

The goal, he said, “must be naloxone saturation.” Of the Pennsylvania Commission on Crime and Delinquency program, he said: “It’s not that the program is bad. It’s not enough.”

Alexandria Lavella manages Hilltop Pharmacy, in Allentown, in the ZIP code (15210) that annually vies with the North Side (15212) for the title of most fatal overdoses in the county.

“We are in an area struck by this epidemic, and we want to make sure that whether it’s you that has the problem, or a neighbor or a sister or a kid, that you are ready and at least able to help them” in the case of an overdose, Lavella said. She and her staff typically give customers around 10 minutes of counseling on how to use Narcan, and sometimes on where to go for help if they’re in addiction.

In 2019, she sold 185 Narcan kits—and lost a total of $357.14 on those transactions, according to a spreadsheet she maintained.

Most people who buy Narcan are insured through Medicaid programs, typically Gateway Health Plan or UPMC for You, Lavella said. Gateway recently increased its reimbursement rate so the store earns 75 cents on each kit it sells. But she said she loses $3.85 on every sale to a UPMC for You-insured customer.

A UPMC Health Plans spokesman wrote, in an email response to questions, that he could not disclose UPMC for You’s reimbursement rate for Narcan, because “our contractual arrangements with pharmacies can differ depending on a number of variables.”

The health plan spokesman, Jeffrey Davis, went on to say that the insurer’s “goal is to always reimburse pharmacies above the cost of the drug. However, several factors including the purchase price that the pharmacy buys the drug at and the contractual arrangement that we with have the pharmacy can affect the final reimbursement.”

He said he knew of no complaints about the insurer’s reimbursement rate for Narcan.

Pharmacist Pete Kreckel, of Thompson Pharmacy in Altoona, has written to his state senator, Judy Ward, arguing that the state should step in to ensure that pharmacies are fairly reimbursed for Narcan sales. In June, Ward wrote to the Department of Health and the Department of Human Services asking that they consider either mandating a higher reimbursement level, or paying pharmacists for the patient counseling they provide to Narcan buyers.

“How much longer,” Kreckel asked in an interview, “can we continue to be benevolent while we take a beating like this?”

Lavella said she’s going to continue to sell Narcan and eat the loss. “It’s just something worth doing,” she said.