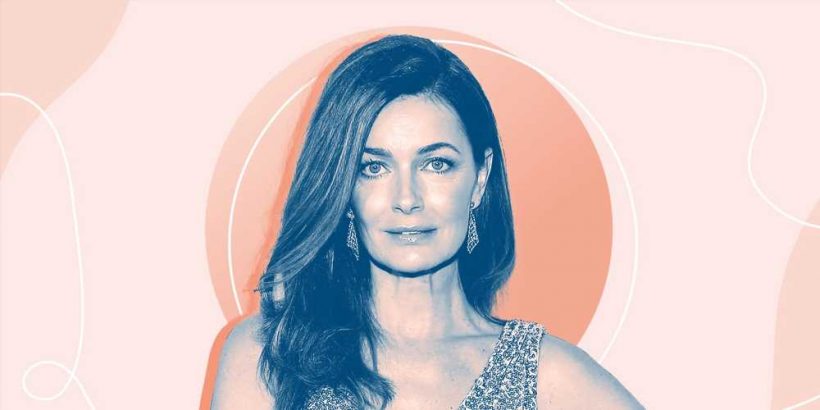 Paulina Porizkova wants to change the dialogue surrounding the natural aging process—and she's using her Instagram platform to spread awareness for the issue.

Days Porizkova praised Sarah Jessica Parker for calling out the "misogynist chatter" surrounding aging as a woman, the 56-year-old former supermodel continued the important conversation on social media. In a new Instagram post, accompanied by a vacation photo of herself in a white string bikini, Porizkova stressed the importance of changing how we talk about aging—especially when referencing women, and how we compare their aging experiences to those of men.

"Being on vacation is wonderful for many reasons, one of which is all the time I have to read—and ponder life," Porizkova started her post, adding that mean-spirited comments on her previous post, which included side-by-side photos of herself and Parker, also 56, made her do some "deep thinking."

"SJP rightly pointed out that in a photo of her and Andy Cohen – he sits there with a full head of grey hair and way more wrinkles, and is considered a sexy guy – while she gets comments about how she should 'fix herself,'" she continued, referencing the Parker's recent cover story for the December issue of Vogue.

She went on to cite a famous quote from former supermodel Carmen Dell'Orefice regarding cosmetic interventions: "If you had the ceiling falling down in your living room, would you not go and have a repair?"

"She has a good point. If you CAN fix it, why wouldn't you? I battle with this all the time," Porizkova wrote. "Because sometimes I DO want to fix it. But more often, I think CAN and SHOULD are two separate things. Or at least, they should be."

But to Porizkova, the most alarming part of Dell'Orefice's quote is that it compares a woman's aging face to "falling down ceilings," which is sexist, insinuates that aging is a bad thing and is simply an outdated concept that should remain in "the cave man" days. "It's called evolution," she concluded. "So come on ladies, let's not be left behind."

Paulina's post immediately garnered praise from several celebrities, including actress Naomi Watts. "It's time to alter the narrative," Watts, 53, commented. "We need these kind of conversations to make that change. One of the positives of [Instagram] is that everyone's voice can be in the mix. Let's be part of that movement and see ourselves reflected in media and all storytelling. We have lived!! And we are still here!!"