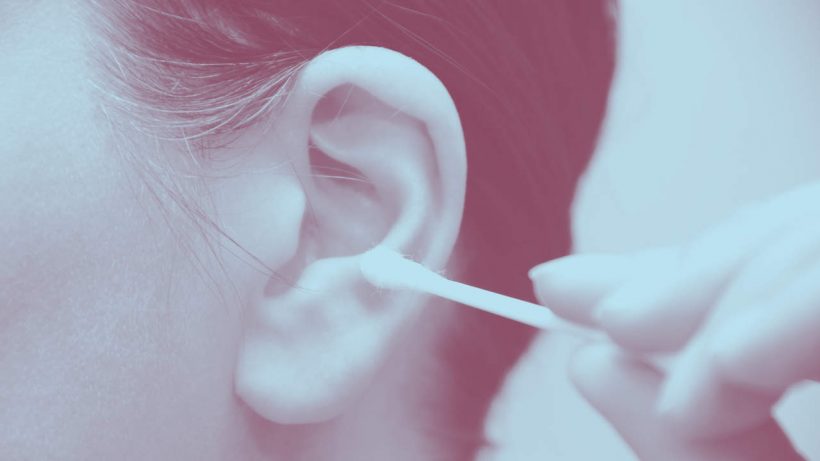 As innocent as they look sitting on your bathroom counter, cotton swabs can actually do more damage than you realize. A man in the U.K. developed a potentially life-threatening infection in his skull after the tip of a cotton swab got stuck inside his ear without him realizing.

A report published in the BMJ tells us the 31-year-old man was rushed to the emergency room after having a seizure and collapsing. The man said in the 10 days leading up to the seizure, his left ear was in pain and was giving off discharge. He also experienced headaches on the left side of his head that were so painful they made him vomit. As things got worse, he even started to forget people’s names.

But at first, he didn’t think much of it. His left ear had caused him pain before, and he had also experienced hearing loss on that side. In fact, he had been treated twice for severe left ear infections within the past few years.

When he arrived at the hospital after the seizure, doctors did a CT scan to take a closer look at his brain. They found two abscesses (inflamed areas filled with pus) in the bones of his skull close to his left ear canal. That meant though the infection likely started in the ear canal, it had spread to other areas.

They later found the infection had even spread to the lining of the man’s brain, but luckily, it didn’t get through the lining to the brain itself.

Doctors then decided to do a minor surgery to inspect the ear canal, and finally, they found the long-lost cotton swab tip. The swab was covered in wax and debris, which led the doctors to believe it had been there for quite a while, likely contributing to the man’s ear issues over the years.

After a week in the hospital and two full months of intravenous and oral antibiotics to treat the infection, the man recovered with no long-term complications. However, the doctors did prescribe him one thing for life: to never use cotton swabs inside his ears again.