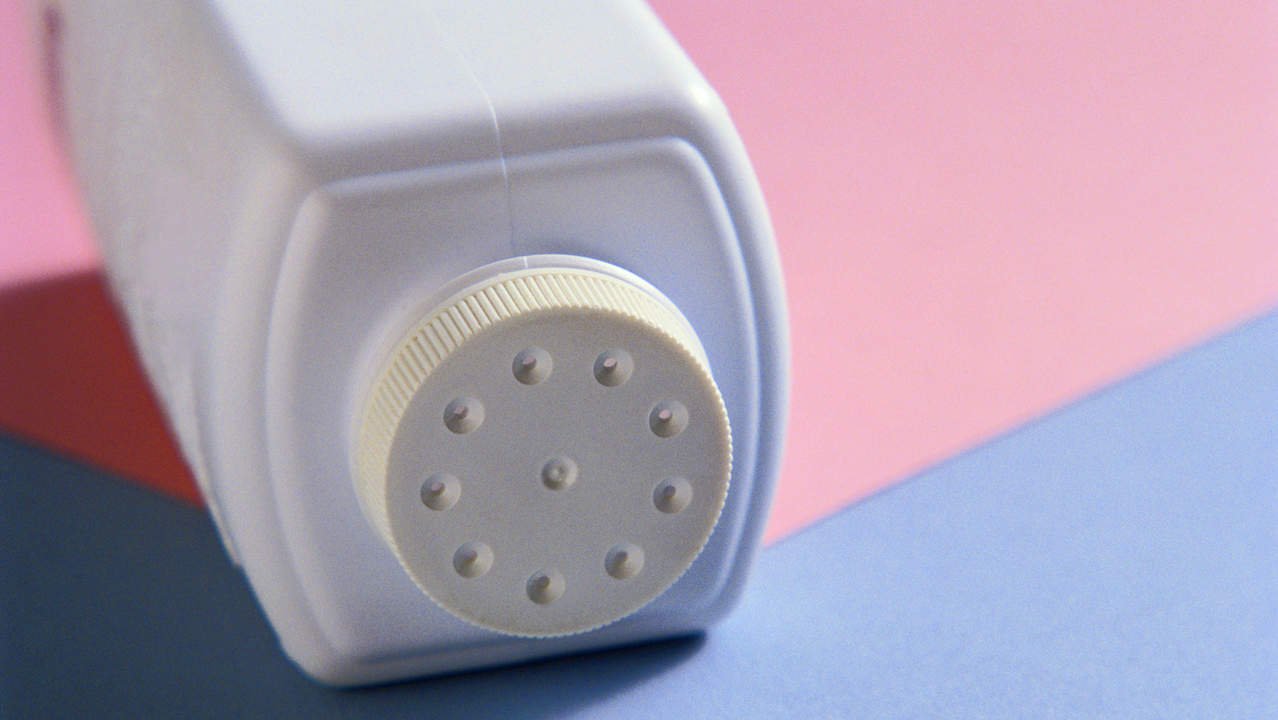 In 2017, a jury ordered Johnson & Johnson to pay $417 million in damages to a 63-year-old woman in Los Angeles who developed ovarian cancer after using the company’s talc-based baby powder for decades. Like many women who use baby powder to freshen up or reduce chafing between their thighs, on their genitals, or in their underwear, 63-year-old Eva Echeverria was unaware for many years of the potential link between ovarian cancer and talc, a mineral used in some types of baby powder.

It wasn’t the first time the company had been involved in a lawsuit over its popular powder, and it wouldn’t be the last. Earlier that year, a Missouri jury awarded $110 million to a Virginia woman who alleged that her cancer was caused by baby powder. In 2016, Johnson & Johnson was also ordered to pay tens of millions of dollars to several other women—or their surviving family members—who had also developed cancer after using the powder.

Now, 16 months and several billions of dollars in lawsuits later, a Reuters investigation has found that Johnson & Johnson knew for decades that its baby powder could be contaminated with asbestos, a carcinogen that sometimes occurs naturally with talc. Documents show that from at least 1971 to the early 2000s, the company’s talc powders “sometimes tested positive for small amounts of asbestos,” according to the news organization, “and that company executives, mine managers, scientists, doctors and lawyers fretted over the problem and how to address it while failing to disclose it to regulators or the public.”

Johnson & Johnson maintains that its baby powder is not dangerous, and includes an article on its website titled “5 important facts about the safety of talc.” The company declined to comment for this week’s Reuters article, although a lawyer representing the company called the investigation’s claims “false and misleading,” and said that tests cited in the article were “outlier” results.

All of this may leave you wondering, “So … can using baby powder cause ovarian cancer?” Well, here’s the thing: We wish we could give you a resounding, emphatic “no way.” But the answer to this question is murky. Here’s everything we know so far.

So what is talc, exactly?

Talc is a naturally occurring mineral found in baby powders as well as other cosmetic and personal care products, and it’s good at absorbing moisture, cutting down on friction, and preventing rashes. For many years, parents used it to diaper babies, until doctors began discouraging it for health reasons. As for adults, many still use it around their genitals or rectum to prevent chafing or sweating, says Mary Jane Minkin, MD, clinical professor of obstetrics, gynecology, and reproductive services at Yale School of Medicine.

As the American Cancer Society points out on its website, talc in its natural form may contain asbestos, a known carcinogen.

The FDA does not allow talc-based products to contain any asbestos. But the trouble is, cosmetics don’t have to be reviewed or approved by the FDA before they land on store shelves, so there’s no guarantee that they haven’t been contaminated.

In light of this concern, the FDA visited several retail outlets in the Washington, D.C. metro area and bought and tested a variety of cosmetic products containing talc across a wide range of prices for a study that ran from 2009 to 2010. They found no traces of asbestos in any of the products.

But of course, that doesn’t prove that all talc-based products are asbestos-free.

Can “asbestos-free” talc cause ovarian cancer?

As of now, it’s unclear. The FDA says that literature dating back to the 1960s has suggested a possible association between talc powders and ovarian cancer.

But “the data is wishy-washy,” says Dr. Minkin. “Some studies haven’t found a connection, and other ones have only shown a small increase in the hazard ratio [or risk]. And there are lots of different variables in these studies for researchers consider.”

For example, one 2013 study analyzed nearly 20,000 people and found that those who used any type of powder down there were 20% to 30% more likely to have ovarian cancer than those who didn’t use any powder. The findings led the researchers to suggest that “avoidance of genital powders may be a possible strategy to reduce ovarian cancer incidence.”

However, the researchers pointed out a few of the study’s limitations: Participants might have overestimated how often they used these products, and not all powders contain talc—some contain cornstarch instead (more on that later).

Then, a 2014 study published in the Journal of the National Cancer Institute looked at data from about 60,000 women and found no link between powder use and ovarian cancer risk.

Back in 2010, the International Agency for Research on Cancer (part of the World Health Organization) concluded that there is “limited evidence in humans” that using talc-based body power on the genital areas is “carcinogenic,” and stated that using it down there is “possibly carcinogenic in humans.”

Robyn Andersen, PhD, an ovarian cancer researcher at Fred Hutchinson Cancer Research Center, says that when she works with women with ovarian cancer, she asks them about their use of talcum powder. “We know it’s a possible risk factor, we just don’t know how [big] of a risk factor it is,” she says.

Andersen says that because the powder is made up of such finely-ground particles, it might be able to travel up the mucus membranes in the vaginal canal and eventually work its way into the ovaries. Once there, the powder might cause inflammation and eventually cancer.

What you should know

On its “Facts About Talc” website, Johnson & Johnson states that “thousands of tests” have repeatedly confirmed that its consumer talc products do not contain asbestos, and cites several studies that found no overall increase in ovarian cancer risk among women who used talcum powder versus women who didn’t. It also cites that FDA study mentioned above, which found no asbestos in Johnson & Johnson’s talc-based baby powder.

That said, if all of this is enough to creep you out—understandably—you’ve got other options besides talc-based powder. Some baby powders (including some by J&J) contain cornstarch instead of talc, and there is no evidence linking cornstarch to ovarian cancer, according to the American Cancer Society.

Something else to keep in mind: when it comes to vaginal health solutions, sometimes less is more.