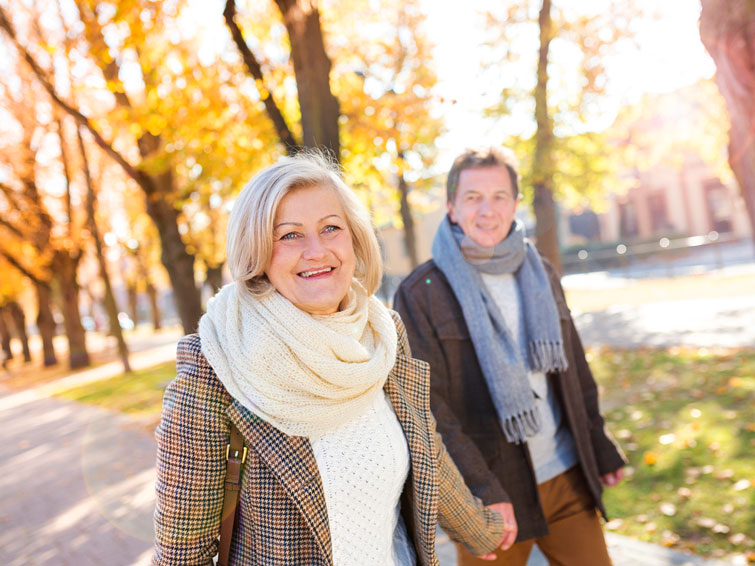 A new study shows that Vitamin D deficiency in adults occurs from the age of 60 often together with poor muscle function. The report, scientists from Trinity College, Dublin, in the international journal "Clinical Interventions in Ageing".

Strength training is trained to and maintains the muscles, but this alone may not be enough: There is increasing evidence that a sufficiently high level of Vitamin D is for muscle function is important.

Thus, muscle weakness in older adults with Vitamin D deficiency occurred twice as often as in the case of a sufficient supply (40.4 percent compared to 21.6 percent). At the same time, muscle performance, Vitamin D deficiency was affected three times more frequently than in individuals with a normal level (25.2 percent compared to 7.9 percent). In the case of seniors who were regularly physically active, the likelihood of poor muscle strength and reduced physical performance overall, however, significantly lower.

Prof. Maria O’sullivan, a nutritionist at Trinity College Dublin, said: "Our results show that Vitamin D deficiency increases the likelihood of a poor muscle function in older adults, and confirm the protective effect of physical activity. The maintenance of muscle function is incredibly important, is often overlooked in the age but often. It promotes independence, mobility, quality of life, reduce frailty and falls."

If muscle function is improved when the Vitamin D deficiency is balanced, but needs to be investigated. In some countries, such as Finland, has been eliminated, the lack of Vitamin D in the population by means of political measures, as well as: There are many foods are fortified with Vitamin D.