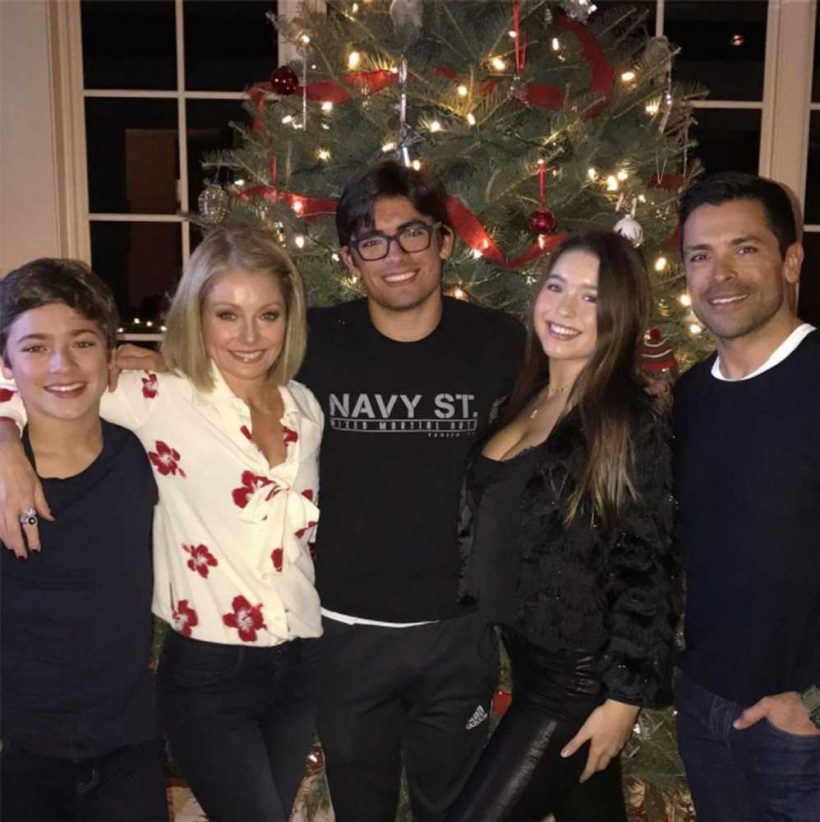 Kelly Ripa and her family are ready to say goodbye to 2020!

On Monday, the Live with Kelly and Ryan host, 50, debuted her family's holiday greeting card on her Instagram, posting two pictures of daughter Lola, 19, and sons Michael, 23, and Joaquin, 17, that was taken by photographer Miller Mobley during their photoshoot for PEOPLE's inaugural Family Issue earlier this year.

The front of the card features Ripa and Mark Consuelos' three children smiling arm-in-arm as a caption reads "Happy Holidays."

Meanwhile, the back of the card shows the couple's two sons facing away from the camera while Lola looks over her shoulder. "Behold the card," Ripa wrote on Instagram, alongside three Christmas tree emojis. "We wish you health, happiness and a break from 2020. Back of the card says it all ✌🏼🤞🏼."

This was not the first time Ripa used an outtake from a PEOPLE photoshoot for her family's holiday card. Last year, Ripa featured photos from her PEOPLE’s Beautiful Issue to commemorate the end of 2019.

The mom of three excitedly shared the Christmas card on Live last December, telling co-host Ryan Seacrest that it was the first time in 22 years she appeared in the family's annual Christmas card.

"I did not run this by the children, my husband — that is me trying to run into the photo to catch myself in the photo, too," she said, proudly showing off the creative pictures, which were also taken by Mobley.

"You guys, I don’t think you appreciate [the fact that] I’m in the Christmas card!" Ripa added. "The fact that 22 years later I finally made it into a Christmas card makes me enormously happy."

Earlier this year, Ripa opened up to PEOPLE about her family and how her parenting skills have improved with age, saying, "As you get older and you learn more, that youngest kid hopefully benefits from a little bit more wisdom … and hopefully fewer nerves." "I think I had definitive ideas about raising girls versus raising boys, even though I don’t really believe in gender stereotyping," she continued. "My sons are just as sensitive as my daughter, and my daughter is as strong as my sons."

Ripa also spoke about empty nesting with Consuelos, 49, when their youngest heads off to college next year.

"We had our kids so young — we’d only been married for one year when we had Michael, so we have had kids pretty much our entire marriage," she said. "So when it comes to an empty nest, we’re looking forward to it, honestly."