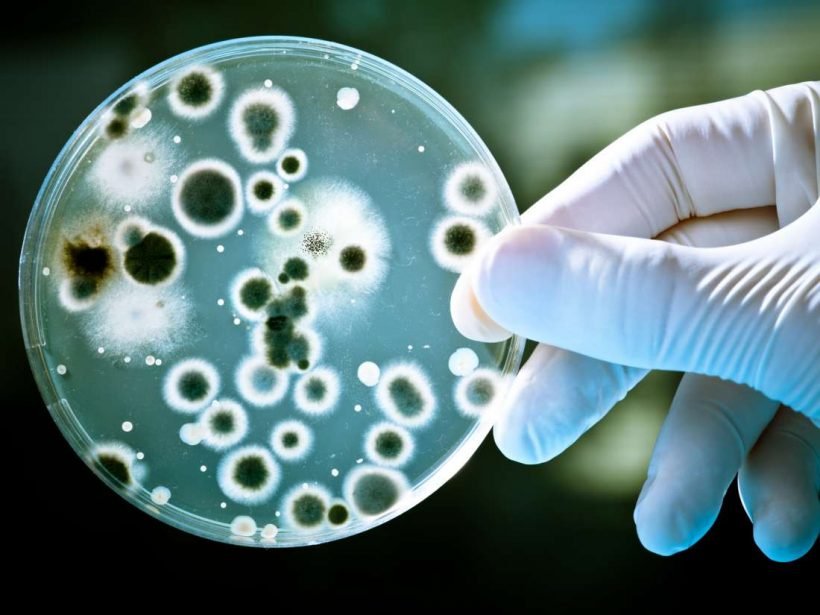 Partly due to natural processes and partly because of the overuse or misuse of antibiotics, many dangerous bacterial strains have become even more threatening by developing resistance to certain antibiotics, the drugs that doctors usually prescribe to treat bacterial infections.

Such potent bacteria, also dubbed “superbugs,” are reportedly responsible for thousands of deaths each year, both across Europe and in the United States.

Prof. Jennifer Roberts from the University of Kansas in Lawrence recently led a team carrying out a study of thawing permafrost in the remote High Arctic of Norway.

The team’s initial purpose was to understand how the methane gas that this melting ice releases may relate to climate change on a global level.

However, when the researchers were analyzing soil samples from the Kongsfjorden region of Svalbard in Norway, where they were based, they found something that surprised and alarmed them: a host of superbugs that, by all accounts, should not have been living there.

“The study offered a good opportunity to test soil samples for antibiotic genes with the hypothesis that Svalbard was such a remote and isolated place, we wouldn’t find any evidence of such genes,” says Prof. Roberts.

“In contrast,” she notes, “we found quite a few, including superbug antibiotic-resistant genes like the New Delhi gene, which first emerged in India not very long ago. This was a surprise — the genes we found clearly had a short transfer time between being discovered in India and our group detecting them in the Arctic only a few years later.”

The scientists recount their findings and the implications of this discovery in a new study paper that appears in the journal Environment International.

‘A possibility human waste was involved’

The researchers analyzed 40 soil samples from eight different locations in Svalbard. The DNA sequencing that they conducted revealed the presence of 131 antibiotic-resistant genes.

One of these genes, the presence of which in the Arctic soil took the researchers by surprise, is blaNDM-1, which scientists first discovered in New Delhi, India in 2007.

In bacteria, blaNDM-1 confers resistance to carbapenem antibiotics, a potent set of drugs that doctors only use to treat infectious diseases that do not respond to other antibiotics.

The question that arose from this discovery was: how did these superbugs get to this remote Arctic region? Prof. Roberts and colleagues hypothesize that there are a few different ways in which antibiotic-resistant strains could have spread this far.

“They likely originated from pathogens that were exposed multiple times to different types of antibiotics — that’s how we get these acutely antibiotic-resistant strains, where they persist even despite the use of ‘last-resort’ treatments,” explains Prof. Roberts.

“Some of the sites where we found the New Delhi strain of gene aren’t terribly far from the main research base, so there’s a possibility human waste was involved,” she notes.

The researcher also mentions two other pathways through which the resistant strains may have traveled. The first is through “colonies of nesting birds” that were present in areas where the scientists observed “the highest concentrations of these genes.” The second is through the movements of small animals, such as foxes, that may pick up the bugs from watering holes that they share with birds.

Superbugs are ‘both native and evolved’

Then, the scientists faced another problem. They wanted to find out which of the antibiotic-resistant genes were native, i.e., occurring naturally in the region, and which ones may have “traveled” to the Arctic from other parts of the world.

“Because the migration of these genes is of such great concern, the next question becomes, ‘Are these antibiotic-resistant genes native — or did they get transferred?'” says Prof. Roberts.

The researchers identified a benchmark for native antibiotic-resistant genes so that they could separate them from the ones that arrived at this region from elsewhere.

“We did that by looking at nutritional supplies in soil, which are very, very low in these Arctic soils. We were then able to link the antibiotic-resistant genes to what appears to be a new source of phosphate being brought in from outside — and the most likely source of phosphate is feces, either in human sewage or, more than likely, bird guano,” the researcher explains.

The scientists believe that some of the antibiotic-resistant genes passed from one bacterium to another via a process called “lateral gene transfer,” in which the harmful bacteria that birds and other vectors carry passed from feces into the water.

Once they die, the bacteria release their genetic material into the environment, which means that other bacteria can then pick up the antibiotic-resistant genes.

The research team warns that the discovery of multidrug antibiotic resistance in the remote Arctic means that the superbug phenomenon has truly become global and may pose a very serious and immediate threat.

“We found both native and evolved antibiotic-resistant genes in the Arctic. The concern is that with resistance spreading on this scale, we may be approaching a post-antibiotic era where none of our antibiotics work because the pathogens we’re trying to fight have picked up resistant genes via evolution or lateral transfer.”

“It’s really important for us to start thinking of water system management and antibiotics use in ways that are global — and to start reducing and controlling some of the spread that is clearly not controlled at the moment,” Prof. Roberts urges.