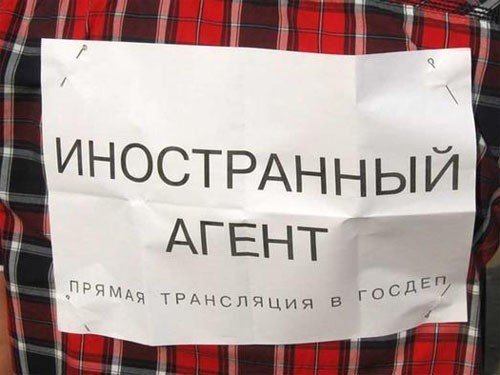 The Saratov public organization for many years helped patients with diabetes mellitus will cease to exist. The liquidation procedure will start immediately after the widely celebrated world day of struggle against diabetes. NGOs did not survive the pressure of the state, accusing diabetics in violation of the law Oberosterreich agents. Last year, the organization spent to fend off questionable status, and to date, no activities does not, of money in her accounts there.

Last week, the October district court of Saratov has satisfied the claim of Prosecutor’s office of compulsory inclusion of the Saratov regional public organization of disabled patients with diabetes mellitus (SROOMS) toregistry NKO acting as a foreign agent. Although de facto the organization no longer exists discredited the existing trial and ruined the fines imposed by the court for administrative Affairs. The organization is no money for the registration as a foreign agent, notary services now all that goes to bills, charged the bailiffs. Moreover, the appeal is considered by the Supreme court, and the people thought that there is still no final decision, they will be left alone.

SROOMS worked since 2004 successfully defended the rights of patients with diabetes, beat them to medications, find the doctors.And analyze problem areas in the supply of drugs and was not silent about it.At the beginning of 2017, the social worker wrote a letter to the Governor and the chief Federal inspector, in which he criticized the system of procurement of medicines in the region, indicated that it is not effective, contains corruption risks, etc. And they even thanked for the tip. The facts were confirmed, and several senior officials of the regional Ministry of health and even lost their jobs.

And then begins a incredible. The district Prosecutor’s office receives a statement from not having any relation to Saratov diabetics student of medical University, which I read on the Internet that the NGO is funded by foreign companies. Later he will take his statement, but it won’t change anything.Prosecutor’s office initiated a case on an administrative offence and shall appoint expert check. Speaking expert, Professor of the Saratov state Academy of law Ivan Konovalov gives the conclusion: the text provides a detailed listing of financial aid received from medical organizations in Europe and the United States. The amount is very small only about 645 thousand rubles received since 2009 from several Russian subsidiaries of foreign pharmaceutical companies. But the Law on foreign agents is no minimum donation from abroad.

In addition, the expert enumerates the signs of political activities of public statements in media interviews about the problems of diabetics in the region, as well as that of patients not satisfied with the quality of domestic insulin.And concludes that ROOMSD forms the background to the discredit of authorities and reports to foreign partners information about the so-called pressure points in the region. As a result, in may 2018 diabetics were convicted of an administrative offense under part 1 of article 19.34 of the administrative code (the organization that is a foreign agent without registering in the appropriate register). The court fined the organization for 300 thousand rubles, and thereby, in fact it destroyed. Another 50 thousand roubles of the penalty was awarded to the head of SROOMS Catherine Rogadinae.

People don’t want to do this anymore

Not helped Saratov diabetics and intercession of other public organizations.In particular, the appeal to the Prosecutor General of the Russian Federation, signed by the heads of the Russian Union of patients of the Russian diabetes Association and other major patient communities of the country.

The question of the elimination of the society of chlamydialinfection will consider on November 23. Immediately after widely celebrated in the country of the world day of struggle against diabetes. We still nedadut to work, said the current official head of the organization Laryssa Sagina. People don’t want to do this anymore. All donations that come of nanash account, write off the bailiffs. We cannot hold any event no school available or conference.

She Sagina now helps people more privately, you can do this, as before, she can’t. For example, last year we were able to help 20-year-old boy from the area who was suffering from a terrible pain in my legs, said the social worker. He had walked on the Saratov doctors, but to no avail. The organization is then able to help him with mom to go for a consultation to Moscow. We agreed with the doctors who examined the man, found the cause of his pain, gave recommendations, and now he has got a job. But if we had addressed on behalf of the organization, wrote collective letters and to achieve something, now I can only recommend to people where to go to explain how to write the letter.

Public organization in Russia is in fact helping the government to carry out its functions come to the rescue when the patients are seeing the problem, sounding the alarm, but to reach officials can’t. And yet, when asked about it cares for patients, but forced to remain silent doctors. When you submit a formal organization that can speak on behalf of many people to get on the same level with Ministers and deputies, – says the mother diabetic girl reporter Saratov news Free news (Saratov) Anna Mukhina. It’s one thing when I’m just a mom, or a sick person. It’s quite another when my back is organized. It’s good that we still have social networks and instant messengers which allow people to organize themselves.

None of the NGOs in Russia have not experienced such pressure

According to the Bureau member of the Public Council of premonstrate of Russia Nikolay Dronov, representing the interests of the organization in court, arranged in Saratov judgment, very similar to revenge because of the complaints of diabetics is broken corrupt system of public procurement of medicines in the region. According to him, there are no legal grounds for the recognition of an organization as a foreign agent was not, and the proceedings were conducted with many procedural violations (for example, procuratorsgeneral ordered examination, without waiting for the appointment of the court, and not even releasing the corresponding definition). At the same time, judging by the unprecedented pressure on the organization, this is clearly not the level of the middle of the region and its activities, Ministry of health of the Saratov diabetics interested even FSB and Ministry of justice. It is obvious that behind all this is someone’s commercial interest. I can’t tell who exactly this small organization crossed the road, but none of the NGOs in Russia have not experienced such pressure. It is usually sufficient inspections of the Department and local authorities, the human rights activist believes.

Well, to protect the rights of diabetics now no one: according to the law it should deal with the Prosecutor’s office, but instead she pursues patient organizations than herself, without any foreign agents undermines the authority of the government, says the drones. Recently became widely known history of the 28-year-old Saratovsky, who died in September from complications of diabetes. The last months of her life she spent in the struggle for vital medication. From January 2018, the employees of the city polyclinic №20 do not write out preferential recipes on the necessary drugs.

As found by the regional Prosecutor’s office, this was done in tacit indication of the regional Ministry of health, not in time to buy drugs for beneficiaries. Auction for delivery was announced only in may, and the contract concluded in August. All this time the girl’s family was forced to buy medicines at their own expense, but the right amount of money is not enough. Desperate people turned for help to the Commissioner for human rights in the Saratov region from which the complaint came to the Prosecutor’s office. But that at this time was busy dealing with a foreign agent.