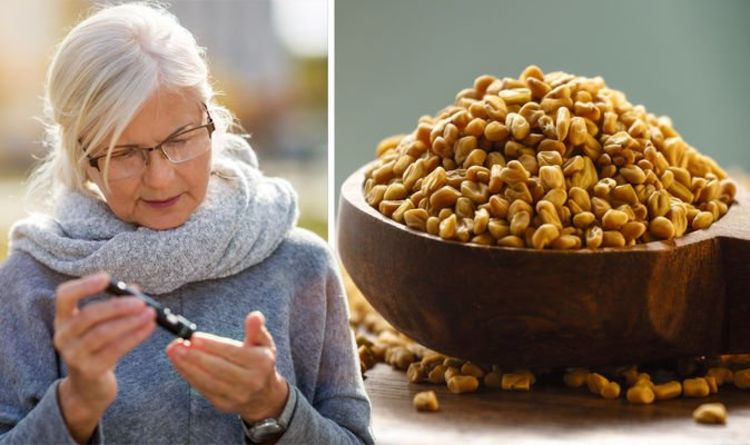 Diabetes expert reveals rise of cases in children during pandemic

Diabetes is proving an insurmountable challenge for health services, with rates rising at full tilt. Researchers have pointed to climbing obesity caseloads as a major cause of the diabetes crisis, but high sugar intake is another culprit. Fortunately, some foods have strong lowering effects on blood glucose, with one herb shown to lower levels by 25 percent when consumed on a regular basis.

Fenugreek has been touted as an antidote for centuries because its benefits are wide-ranging and potent.

It is mainly recognised for its anti-cancerous properties, with a string of studies showing it is able to inhibit the proliferation of malignant cells.

But the edible spice has benefits that stretch far beyond its anti-cancer properties, and some researchers have suggested it may also prevent diabetes.

A study published in the European Journal of Clinical Nutrition bears out such claims, showing that levels of blood sugar drop significantly after fenugreek intake.

READ MORE: How to live longer: 5 habits in middle age that add ‘disease-free’ decades to your life

“There was a 54 percent reduction in 24-hour urinary glucose exertion. Serum total cholesterol LDL and VLDL cholesterol and triglycerides were also significantly reduced.

“The HDL cholesterol fraction, however, remained unchanged. These results indicate the usefulness of fenugreek seeds in the management of diabetes.”

Research suggests these effects are attributable to the spice’s soluble fibre, which helps lower blood sugar by decelerating the absorption of carbohydrates.

The study was carried out to evaluate the lowering effects on both cholesterol and blood sugar of fenugreek over the course of eight weeks.

“Whereas there were no significant changes […] in cases who consumed it mixed with yoghurt.”

In addition to the aforementioned benefits, researchers have suggested the seed may also be effective in the treatment of constipation, male impotence, hair loss and kidney ailments.

But as with other blood sugar lowering herbs, fenugreek could cause levels to drop to suboptimal levels if consumed too frequently, resulting in hypoglycaemia.

Other potential side effects of fenugreek consumption may include diarrhoea, nausea and other ailments of the digestive tract.

How to avoid diabetes

As a rule of thumb, foods consisting of simple carbohydrates or ones sweetened with sugar can cause blood glucose levels to hike.

Drinking water as a primary beverage and avoiding sedentary behaviours is pivotal for warding off the disease.

Regular workouts are impactful because they can lower blood sugar levels for periods of up to 48 hours.

The belief that diabetes can be reversed is also growing among medical circles, with researchers suggesting that obese individuals who lose 10 percent of their body weight could send their condition into remission.