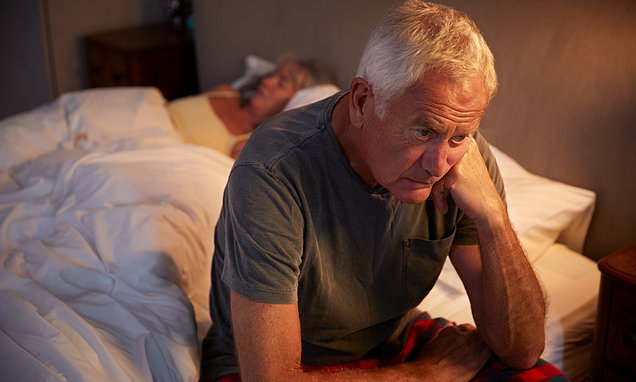 More evidence Parkinson’s can start in the gut: Scientists show mice developed the disease after a mild stomach bug – and believe the same holds true for humans

Mice developed Parkinson’s disease after being injected with a mild stomach bug – a finding that provides yet more evidence of the gut-brain connection.

In recent years, a swathe of studies have shown gut bacteria appear to play a significant role in triggering neurodegenerative diseases.

And this new study by neuroscientists in Canada adds weight to that burgeoning area of research.

After injecting mice with a mild intestinal bug, they watched as it sent their immune systems into overdrive, reducing the release of dopamine from the brain – a chemical that controls movement – and ultimately leading to a form of Parkinson’s.

The team believes the findings will translate to humans, and could lead to the development of a drug that targets the gut to prevent the devastating brain disease. 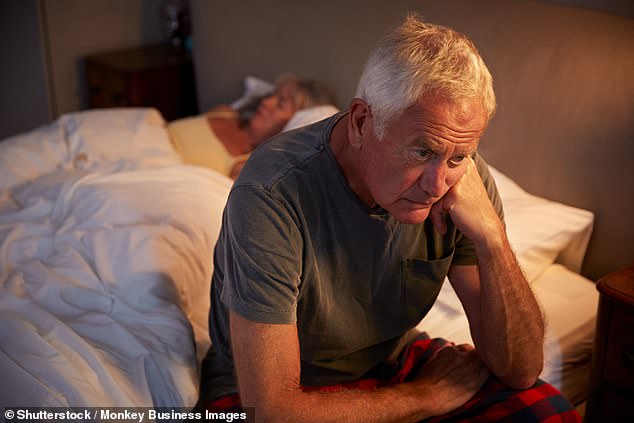 The team believes the findings will translate to humans, and could lead to the development of a drug that targets the gut to prevent the devastating brain disease (file image)

It suggests some forms are an auto-immune condition – in which the immune system mistakenly attacks the body – offering a ‘window of time’ to stop Parkinson’s.

These cases are likely to start in the gut – years before patients notice any symptoms of shaking or rigidity.

Co-first author Dr Diana Matheoud, a neuroscientist at Montreal University in Canada, said it adds to a ‘growing body of evidence’ implicating the gut in Parkinson’s.

She said: ‘This also provides a model to characterise the onset and develop therapeutic approaches.’

The study, published in the journal Nature, sheds fresh light on the degenerative nerve condition that affects a million Americans and 127,000 Brits.

It extends recent work by the same group that identified a connection between Parkinson’s and the immune system.

The disease is now the world’s fastest growing neurological illness – ahead of dementia.

High-profile victims include actor Michael J Fox, who was diagnosed at the age of only 29, and the late boxing legend Muhammad Ali. Other sufferers include Billy Connolly and Sweet Caroline singer Neil Diamond. And just this week the founder of ESPN revealed he, too, has been diagnosed.

Parkinson’s is now the world’s fastest growing neurological illness – ahead of dementia.

There are now about 6.9 million patients worldwide – with the number is expected to grow to 14.2 million by 2040. This would qualify as a pandemic.

About one in 10 cases are due to mutations in genes known as PINK1 and Parkin responsible for healthy mitochondria – the power stations of cells.

They trigger Parkinson’s at a much earlier age. But in lab mice they do not generate disease symptoms – and the reason may lie in their intestines.

These animals are normally kept in germ-free facilities – conditions not representative of those encountered by people constantly exposed to bugs.

In Parkinson’s neurons that produce dopamine are destroyed – leading to the telltale tremors. The causes remain unknown.

Co-author Dr Louis-Eric Trudeau, based in the same lab, said: ‘Most of the current models of Parkinson’s are based on the belief neurons die due to toxic elements accumulating inside them.

‘This does not explain, however, the fact that Parkinson’s pathology is initiated in patients several years before the emergence of the motor impairment and any noticeable loss of neurons.’

The Canadian team believe they have uncovered the reason. They infected young mice lacking the PINK1 gene with a bacterium called Citrobacter rodentium.

The animals went on to develop Parkinson’s-style symptoms as they got older – despite being clear of the PINK1 mutation that kills brain cells.

What’s more these were temporarily reversed by injecting them with a drug called L-DOPA – which is used to treat patients.

In normal mice the immune system responded properly to the gut infection. But in those without PINK1 it over-reacted. This triggered ‘auto-immunity’ – a process that leads the immune system to attack healthy cells.

Rather than dying from toxin accumulation the killing of dopamine producing neurons involves immune cells, say the researchers.

In the infected genetically-engineered mice, autoreactive toxic immune cells called T lymphocytes were shown to be present in the brain.

In lab tests on healthy neurons grown in culture dishes they were able to attack them, said the researchers.

Co-author Dr Samantha Gruenheid, a microbiologist at McGill University in Montreal, is confident of the link between Parkinson’s and infection.

It will stimulate further research – enabling researchers to develop and test novel therapies, she said.

Neuroscientists Dr Mary Herrick, of Emory University, and Dr Malu Tansey, of Florida University, who were not involved in the study, said it provides ‘compelling reasons’ to re-examine the roles of PINK1 and parkin beyond inherited Parkinson’s.

They said the findings suggest all forms might be more similar than previously considered – and probably involve dysfunction of both the innate and the adaptive branches of the immune system, the roles of which in Parkinson’s are yet to be fully explored.