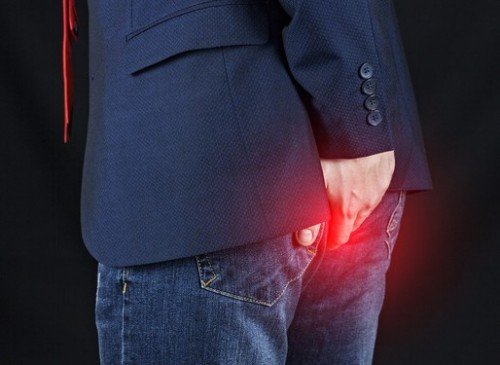 Hemorrhoids problem that are silent. Because talking about it is inconvenient. The causes of the disease may be different, but in the case of ignoring the result is the same – the deterioration of quality of life, long-term treatment. Because how could you not shy and suffered, to go to the doctor and to treat the disease as soon as possible. Especially now that there are modern methods to treat hemorrhoidsthat can help you quickly and permanently get rid of this uncomfortable problem. The most important time to take action!

The causes of the disease in men

Strong floors can suffer from hemorrhoids due to various reasons. A significant role is played by genetic predisposition. One of the most important risk factors a sedentary lifestyle. If a couple of decades ago it was called hemorrhoids disease truckers, today it can also often suffer the IT employees, office employees, freelancers, in short, all whose work is sitting in a chair. If this is also up to the working man gets mostly sitting, the risk increases. The blood in the venous nodes stagnates, they gradually stretched, and the appearance of hemorrhoids only a matter of time.

At risk, but for a different reason, there are those whose activity is connected with high physical exertion and heavy lifting, for example, porters, or athletes-weightlifters. Lifting weights accompanied by an increase in pressure in the abdominal cavity, which contributes to the development of hemorrhoids or can trigger its aggravation.

Poor diet and bad habits only worsen the situation by affecting the bowel. The straining during constipation leads to increased intra-abdominal pressure and contributes to the development of hemorrhoids. Alcohol causes a rush of blood to the pelvic organs. The combination of alcohol Smoking, frequent constipation is almost inevitable path to the hemorrhoids. If beer, crisps are an essential part of your diet, think about the possible consequences.

But perhaps the main risk factor in men is the stronger sex rarely go to the doctor. Often men suffer in silence bleeding, severe pain, without asking for medical help. This aggravates the disease and eventually may require major surgery and a long treatment.

The causes of the disease in women

Sedentary lifestyle, bad habits and unhealthy diets are a risk factor for women. Not less important catalyst symptoms of hemorrhoids becoming pregnancy. During pregnancy most women are first confronted with this disease. Actively generated in this period, the hormone progesterone reduces the strength of the muscles of the vein wall and slows the passage of food through the gastrointestinal tract, contributing to the development of constipation known risk factor the development of hemorrhoids. Pressure on the blood vessels of the pelvis increases due to the increase of the uterus, and during childbirth the load on the body becomes simply enormous. All this often leads to hemorrhoids or its aggravation.

Men tend to just gloss over the problem, women often self-medicate. And instead of having to go to the doctor, experiencing dozens of popular recipes and advice of friends, until the disease will worsen, and without any professional assistance is not enough.

The first and important conclusion about treatment of hemorrhoids for both sexes is simple: do not be silent about the issue and contact the specialists. The sooner you get treatment, the easier it will be to get rid of the problem.

Hemorrhoid treatment is always the whole complex of measures. Needed to affect the blood vessels of the hemorrhoidal plexus, relieve the unpleasant symptoms and eliminate factors that trigger relapses.

For the first problem use of drugs-venotonic, such as a drug , Phlebodia 600. The drug can be used during pregnancy and has a convenient package of 18 pills is specially designed for 7-day treatment of acute hemorrhoids. This course is usually sufficient to reduce the main symptoms of acute hemorrhoids: pain, itching, burning, bleeding. After the relief of acute events is recommended to continue taking the drug, 1 tablet 1 time a day for 1-2 months. The drug can be used during pregnancy only as directed by your doctor in cases when the expected benefit to the mother outweighs the potential risk to the fetus.

The dosage of the active substance in the preparation diosmin 600 mg There are drugs with a higher diosmin content in the tablet, but remember: the higher the concentration of the active substance, the greater the probability of unwanted side effects. Because to decide what to take in each particular case needs a specialist.

If the cause of the disease in your case was not heredity or heavy load and the wrong way of life, the best cure for hemorrhoids it work on this way of life. Adjust your diet so that the food did not provoke constipation, and contributed to the effective work of the intestine. Move more, even in the busy schedule to find the time for charging or Hiking. Ditch unhealthy habits is, by the way, will not only help to prevent the recurrence of hemorrhoids, but in General beneficial impact on your health. And timely visit doctors, leaving an emptiness in side. Any disease easier to prevent than to treat.