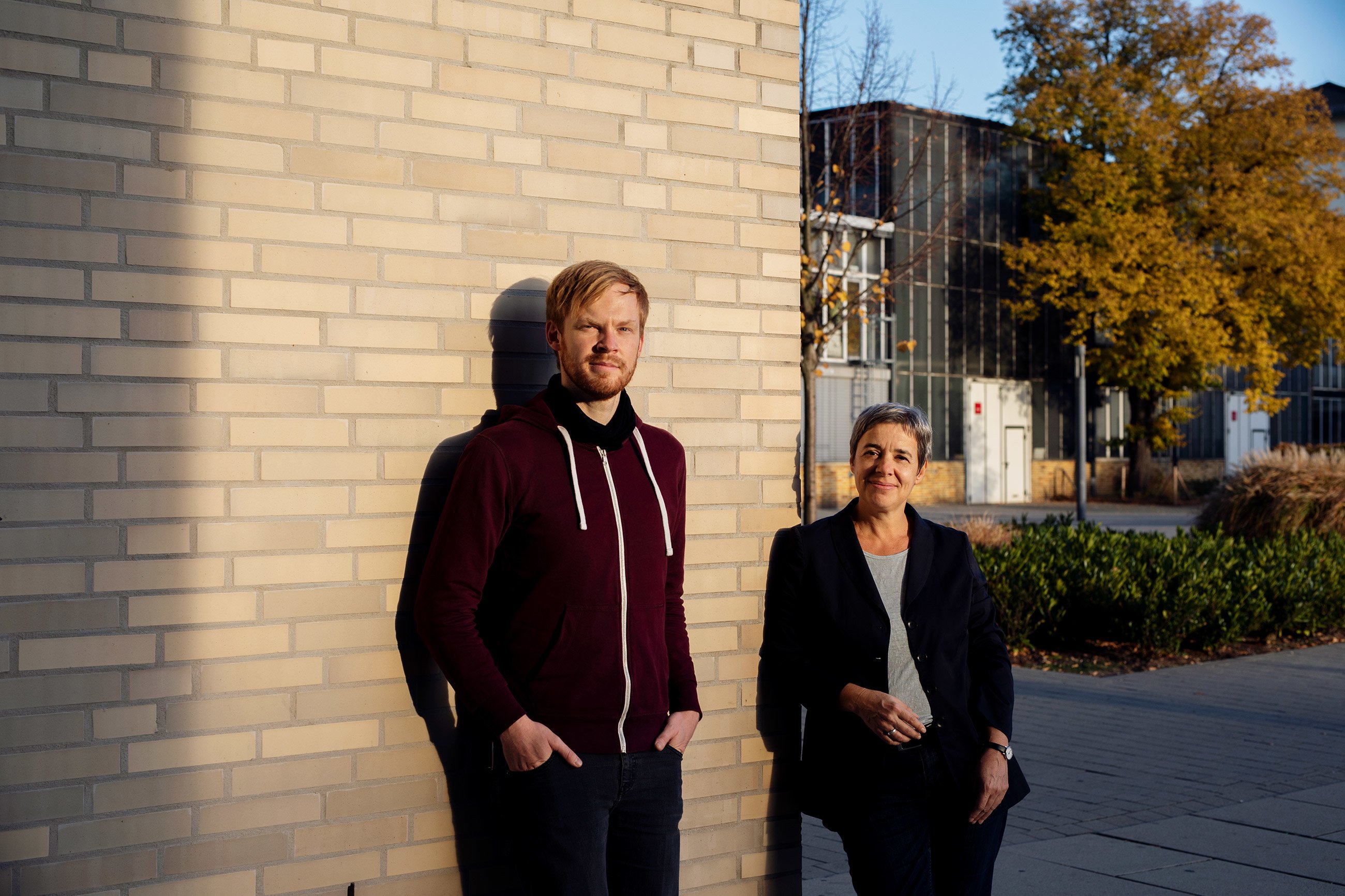 Meat has long been thought to guarantee masculinity. How gender is defined by diet during the “veggie boom” is explained by Professor of Sociology, Tanja Paulitz, and her research associate, Martin Winter.

Professor Paulitz, Mr Winter, you are investigating how masculinity and its embodiment are connected to the consumption of meat. What is the basis for the stereotype that meat “makes you strong?”

Winter: It is closely related to industrialisation and the onset of capitalism. Historical studies show that at that time the idea prevailed that meat ensured the development of the muscles that a man needed to be able to do manual labour. This connotation was true both for the industry and the military. In Germany soldiers were supplied with a lot of meat in the First World War. This took on a life of its own in the eating culture.

Paulitz: In capitalist industrial societies, work moved from the farm to the factory. Here the workforce was divided between supposedly easy women’s work and heavy men’s work. Of course, women worked hard, but were paid less. As, incidentally, were children, too. A family wage was earned. Nevertheless, the idea was that “the hard working (male) breadwinner must be best fed with meat.” Therefore, it is a practice that is embedded in the traditional gender asymmetry in society.

Today, for a variety of reasons, people take a more critical view of meat eating. Above all, vegan foods are booming. How can this be explained?

Winter: The figures are interesting: only one percent of Germans currently are vegans, whilst around 10 percent are vegetarian. The bulk of people – just under sixty percent – are so-called flexitarians who, for a wide variety of reasons, simply want to eat less meat. The actual boom is in the vegan food sector. Here we can observe an ever-increasing variety. Why? Nowadays physical work is in decline. This means that an important justification for eating a lot of meat no longer applies – also for men. The question is rather: “how do I nourish my body properly and well?” To many people, beside (occational) vegetarian meals also vegan meat alternatives seem to be an answer. However, visually and with regard to taste those products are very close to meat. In cultural terms it is significant that the idea of masculinity that is symbolically linked to eating meat can be preserved. This is because vegan products are also promoted with a high level of protein, to which a similar strengthening effect to that of meat is attributed.

Paulitz: Yes. Many people are turning away from the traditional Sunday roast, without wanting to become vegetarian or vegan. In the past diet was predominantly about scarcity. The question was more: “How can I fill myself up? Is there enough? What is there in the first place?” Since the end of the 20th century, for a greater breadth of the population, the issue has become one of moderation and making the right choices. Furthermore, choosing a healthy diet is becoming more important, as the element of welfare state protection in the healthcare sector is becoming increasingly depleted. In digital capitalism, eating a health-conscious diet also promises to remain fit, capable and successful. And proteins play a key role in this.

What does the meat industry have to say about this?

Winter: Actually you would imagine that they might oppose the NGOs connected to the vegetarian movement. However, in recent years a kind of alliance has developed. The meat industry has recognised the situation and signalled that “we want to produce meat substitutes” and the NGOs have said “we will show you what to do.” The meat industry is investing a great deal here and is strategically presenting tofu sausages and seitan steaks as a new trend – although they have existed for a longer time already. All of the big companies now have their own vegetarian lines and know that they can make money with them.

Paulitz: And for the NGOs it is an attempt to move veganism from its niche, market it more widely and utilise the production structures that large companies are able to provide. In so doing NGOs are altering their strategy for stimulating change. It is no longer their primary goal to persuade people to adopt a vegetarian or vegan diet. The thrust is much more that we don’t need to eschew meat altogether, but rather the less meat we consume the better. For them it is much more a matter, in population policy terms, of an overall dietary balance. In contrast to what was previously a case of foregoing meat for primarily ethical considerations, at present the thought process is tending towards optimising the overall balance by reducing meat consumption. It is a classical win-win situation for the alliance.

If meat replacements are socially acceptable, what does this mean for the idea of masculinity and a masculine body?

Paulitz: First of all, we have to say that even if muscle power is no longer so critical for work, muscles today have remained symbolically important to the concept of a masculine body. The development of specific quantities and types of muscles in the “right” places ensures a social differentiation vis-à-vis femininity. This is significant precisely because this differentiation no longer happens institutionally and formally as it used to do, instead the participation of women in society is now beyond doubt. Food and its ingredients and sport too now play a vital role. Artificial meat with lots of protein thus follows the same logic as “real” meat. This is also how it is marketed and received by the general public. We call it a “coproduction of meat, knowledge and bodies.”

Winter: Role models who demonstrate that it is possible to follow a vegan diet and even so have the socially desired rippling muscles are playing an important part in asserting this narrative. Attila Hildmann is a typical example. In his vegan cookbooks, he explains why we should eat this way: for ourselves and to show a nice body. It is a new form of legitimation of nutrition for men.

How will the “veggie boom” develop from here?

Winter: Everyone assumes that the boom will continue. The subject is already becoming institutionalised in many areas. There is, for example, now a degree programme in “Vegan Food Management.” The German Nutrition Society has recently published a policy paper on the vegan diet.

Paulitz: In any case, it is posing plenty more questions for us. What new foodstuffs are being created and what is the goal? How are bodies “made?” Is veganism ultimately cementing outdated gender relations? It’s still an interesting subject.