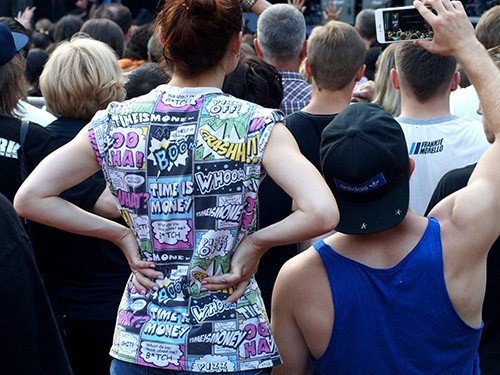 On the eve of the thirtieth anniversary of the world day of fight against AIDS, celebrated on December 1, the European centre for disease prevention and control (ECDC) and the European regional office of who has published the latest data about the HIV epidemic in the European region. To stop the spread of infection can only early diagnosis of HIV and interrupting chains of transmission, according to European and Russian scientists.

The end of the year

The only encouraging fact is that a decrease in the growth rate of new infections from 6.9 per 100 thousand population in 2008 to 6.2 in 2017, stated in the release ECDC. But it remains one of the causes of the continuing epidemic late diagnosis. Every second person diagnosed with HIV has reached an advanced stage of infection. 9 out of 10 (89%) of AIDS diagnoses in 2017 was set within just 90 days since diagnosis of HIV, which indicates that the majority of AIDS cases in the EU/EEA could be avoided by early diagnosis, – the document says.

In the Eastern part of the region registered more than 130 thousand new cases of HIV, which is the highest indicator for all history.About 30 thousand had on the Central and Western part of the region. 59% of infection is due to heterosexual contact, 38% homosexual. The document notes a decline of 20% compared to 2015 in the number of infections associated with homosexulas contacts. However, 70% of new HIV cases are men.

According to the joint United Nations programme on HIV/AIDS (UNAIDS), today, approximately 25% of HIV-infected people do not know about their disease.The main challenge facing the international community, the participants in the Program consider identifying these people and ensuring they have access to quality medical care and prevention. In 2014, UNAIDS has developed a strategy 90-90-90 target, aimed at ending the HIV epidemic. She suggests that by 2020:

However, according to the Director of European regional Bureau Zsuzsanna Jakab, despite the downward trend in the epidemic, and to talk about the possibility of achievement of target indicators of the Strategy 90-90-90 target by 2020 is not necessary. And States should intensify their efforts in this direction.

Rukovoditelnitsej the development of new methods of diagnostics of HIV and viral hepatitis, Central research Institute of Epidemiology, Dmitry Kireev leads 5 facts about HIV that everyone should know:

1. HIV infection is lifelong chronic disease, which can live as long as in the absence of infection. But only if timely and adequate treatment with antiretroviral drugs.

2. To detect the disease allows consistent implementation of blood test methods ELISA (enzyme-linked immunosorbent assay) and immunoblot. In some cases (e.g. in cases of suspected recent infection) is recommended the study of the molecular methods (PCR).

3. Sometimes the virus may have resistance (resistance) to some antiretroviral drugs and science knows how to resist it.

4. The most progressive therapy today is considered to be receiving a combination of antiretroviral drugs in the form of 1 tablet 1 time a day. In the foreseeable future, drugs will be available in the form of injections that need to be done only 1 time every 1-2 months.

5. In HIV-infected families can be born healthy children. Existing prophylaxis (antiretroviral drugs during pregnancy, cesarean section and replace breastfeeding with artificial formula) reduces the risk of transmitting the virus to the child to about 1-2%.

Science in the fight against HIV

In the spring of 2018, the Center for molecular diagnostics, Central research Institute of Epidemiology of Rospotrebnadzor introduced its first and only set for new-generation sequencing, which will allow laboratories to deal with the amount of studies of HIV drug resistance. A new set of reagents will help to gather information on the resistance of the virus across the country and make individual selection of therapy as accurate as possible.

Institute scientists are also working on a HIV vaccine that is able to block the replication of the virus, allowing the bone marrow to restore immune cells. At the beginning of 2019 starts the second phase of pre-clinical trials.

According to official data, today in Russia live with HIV, more than 900 thousand people. And at least another 200-250 thousand field of vision of public health. Just because every fourth HIV-positive do not know their status, the epidemic continues all over the world, experts believe. Annual HIV testing should be for all people from 15 to 50 years, govoriti Kireev. If time does not diagnose the disease and start the therapy in humans, weakens the immune system and AIDS.

Experts urge the Russians to join in the celebration of the world day of fight against AIDS and to contribute to the victory over the plague of the XXI century. In particular, to know their HIV status, passing free analysis for determination of antibodies to HIV in all medical офисахCMDи 80 medical institutions partners of the Center for molecular diagnostics across Russia to popravku#STEPWISE. The promotion is valid from 1 to 3 December.