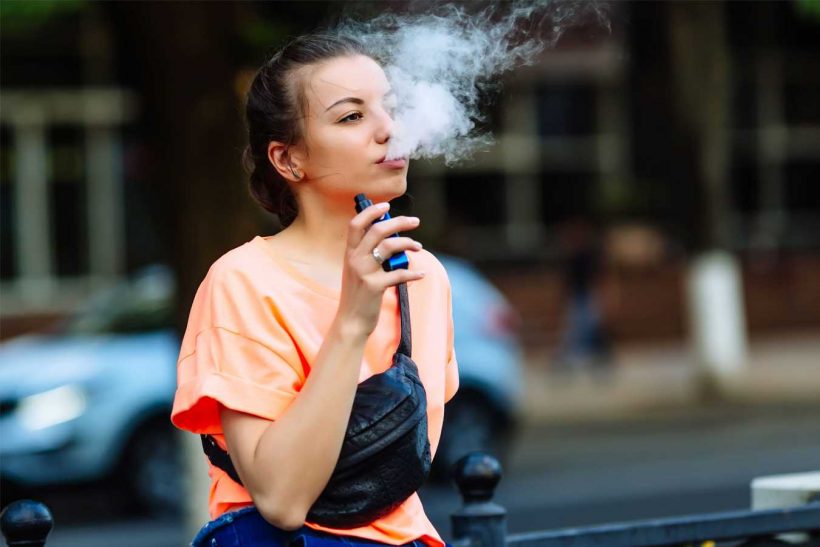 There are now 530 reported cases of severe lung illnesses linked to vaping as well as 7 deaths, the Centers for Disease Control announced Thursday, a steep increase from previous numbers.

The federal health agency, which is currently conducting a large-scale investigation into the rash of lung illnesses nationwide, previously reported that they were looking into 450 cases before reducing that number to 380, but they now say it is once again rising to new highs.

They do not yet know what in e-cigarettes is causing the severe lung illnesses.

RELATED: How Dangerous Is Vaping? E-Cigarette Users ‘Should Worry’ About Rise in Lung Illnesses, Says Expert

Of those 530 cases, the CDC has closely analyzed 373 and determined that that two-thirds of people with severe lung illnesses, or 67 percent are 18 to 34 years old, and 16 percent are under 18. The majority, 72 percent, are male.

The CDC said that stopping teen e-cigarette use is one of their priorities.

“Any tobacco product use, including e-cigarettes, is unsafe, especially for youth,” CDC director Dr. Robert R. Redfield said in a statement. “Nicotine can harm the developing adolescent brain. We must do everything we can to reduce the use of e-cigarettes among middle and high school students to protect them from immediate lung injury and a lifetime of nicotine addiction.”

RELATED: Juul CEO Says Lung Illnesses Tied to Vaping Are ‘Worrisome’ but Has No Plans to Remove Product

Meanwhile, the Food and Drug Administration is running an investigation alongside the CDC’s into “the supply chain” of e-cigarettes, Mitch Zeller, the director of the FDA’s Center for Tobacco Products, said Thursday, the Washington Post reported.

The two agencies have been unable to narrow down the type of vaping products that are causing the severe lung illnesses. The 530 cases include people who used e-cigarettes with THC, ones with just nicotine and ones with both THC and nicotine. The cases also include black market e-cigarettes.

“This is a complex investigation that spans many states and involves hundreds of cases and a wide variety of substances and products,” Anne Schuchat, the CDC’s principal deputy director, said on a media call. “We at CDC are very concerned about the occurrence of life-threatening illnesses in otherwise healthy people reported from around the country.”