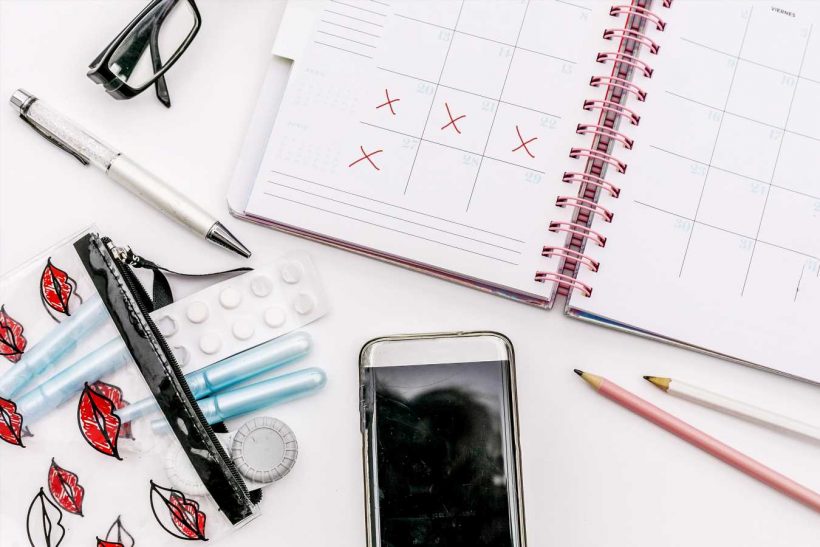 Period tracking apps have allegedly shared their users’ personal data — about everything from the last time they had sex or masturbated to the type of birth control they use — with Facebook, according to a new report.

An investigation by Privacy International, a U.K.-based watchdog non-profit, found that two popular apps boasting millions of users, Maya and MIA Fem, conducted “extensive sharing of sensitive personal data with third parties, including Facebook.” At least one of the apps reports that it has since corrected the issue.

Within the apps, users input information like the start of their last menstrual cycle, any symptoms like cramping, and when they have sex, in order to track their periods and ovulation. According to Privacy International’s report, the apps were then sending that information to Facebook through the social media company’s Software Development Kit, a Facebook-created program to help app developers update their product, track usage and set up advertising.

“When Maya asks you to enter how you feel and offers suggestions of symptoms you might have — suggestions like blood pressure, swelling or acne — one would hope this data would be treated with extra care,” the report said. “But no, that information is shared with Facebook.”

Privacy International contacted Maya about the Facebook sharing issue ahead of the release of their report, leading the company to resolve the privacy problems. John Paul, the company’s founder and CEO, confirmed to PEOPLE that the app no longer shares users’ data.

“Maya does not sell data to Facebook or ANY third party,” Paul said. “We have in the past used tools from Facebook, strictly to improve our product experience. We have proactively removed these tools from all versions of the app due to concerns about privacy.”

“Our terms of service prohibit developers from sending us sensitive health information and we enforce against them when we learn they are,” Joe Osborne, a Facebook spokesperson said. “In addition, ad targeting based on people’s interests does not leverage information gleaned from people’s activity across other apps or websites.”

Facebook is dealing with major concerns over the privacy of users’ info. CEO Mark Zuckerberg apologized to Congress after the company shared the information from 87 million users with Cambridge Analytica, a political research group that worked on President Trump’s 2016 presidential campaign, and revealed last fall that a data hack exposed the personal information of nearly 50 million users.

Zuckerberg said in March that Facebook is working on becoming a “privacy-focused platform.”