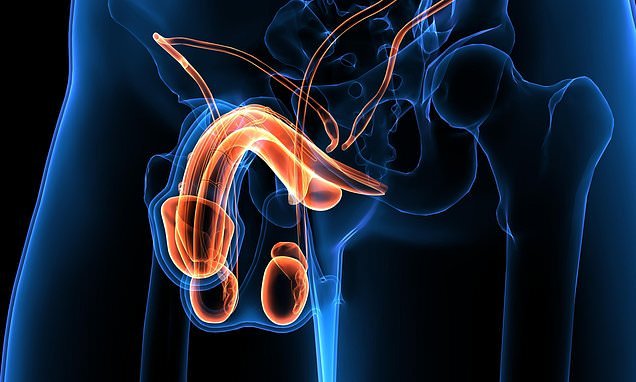 Has birth control for men moved a step closer? Scientists create a cocktail-inspired reversible contraceptive which uses layers of GOLD to block sperm

A male contraceptive could be on the horizon as scientists believe they can stop sperm getting out of the testicles with an injection.

The therapy, which works in mice, was inspired by alcoholic cocktails which form separate layers in the glass.

A concoction of layered chemicals could be inserted into a tube coming out of the testicle to plug it, and they could then be mixed and disappear to end the effect.

If it works in humans the technique could be a ray of hope for the more than a third of men who want male birth control, according to a survey in the US this month. 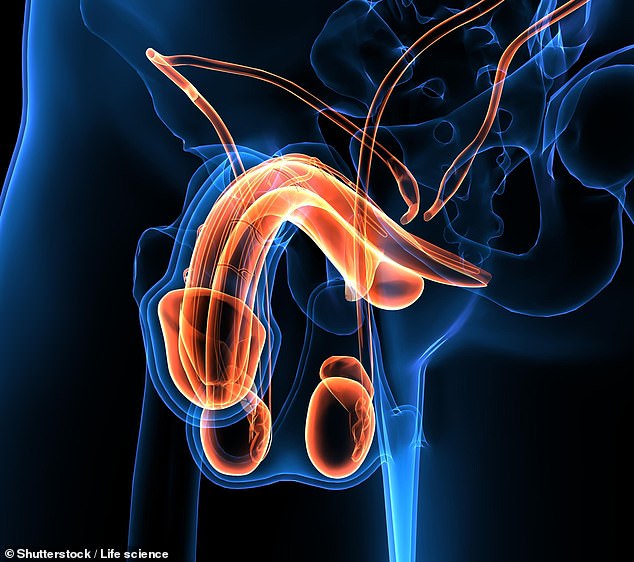 Researchers from Nanchang University in China developed the method using gold particles and two types of chemicals to create a four-layered cocktail.

It includes a hydrogel which acts as a physical barrier to the sperm trying to leave the vas deferens – the tube which carries them from the testicle to the penis.

This is separated with a layer of gold particles from a chemical called EDTA (short for ethylenediaminetetraacetic acid), which kills sperm and later breaks down the hydrogel when the contraceptive is finished with.

Sperm which do not get ejaculated out of the testicles are stored for a while then broken down and reabsorbed by the body.

To make the man fertile again, a near-infrared light is used to heat the gold particles which makes them move and the chemical mixes up and washes away to ‘unplug’ the sperm tubes.

When tested in mice the mixture successfully stopped them impregnating female mice for two months until the heat was used to break it down.

Currently the only options are short-term – condoms – or permanent – vasectomies.

A survey published in the US earlier this month suggested nearly 40 per cent of men want a long-term but reversible form of contraception.

The survey, done by pharmacy website Singlecare, found a hormonal daily pill would be the preferred method.

Past attempts to develop contraception for men have been cut short.

A trial of an injection found to be 100 per cent effective was ended in 2016 because of side effects – men reported depression and pain and in one case a man developed an irregular heart rate, the New Scientist reported at the time.

The National Institutes of Health in the US announced in November it was funding a clinical trial of a hormonal skin gel which reduces sperm production to almost zero.

And the Bill and Melinda Gates Foundation has given Dundee University, in Scotland, more than £700,000 to screen existing medications and chemicals to see if any could work as a contraceptive.

The Chinese researchers who have developed the cocktail method say more tests are needed to confirm the ingredients are safe to use in humans.

Their research was published in ACS Nano, a journal run by the American Chemical Society.

ONE IN FOUR WOMEN SAY THEY ARE SUBJECT TO ‘REPRODUCTIVE CONTROL’

Shocking new research this month revealed a quarter of women claim they have ‘no control over their sex lives’.

In a study of women attending sexual health clinics in the UK, researchers found one in four have been coerced into not using contraception or even into having an abortion.

Some have even had their ‘coils’ violently removed during intercourse, while others had sex not knowing the condom had holes pierced into it.

A desire to have children, particularly sons, along with wanting to ‘maintain a permanent connection with their female partner’ are thought to be to blame.

The research was carried out by scientists from Bournemouth University and led by Professor Sam Rowlands, from the faculty of health and social sciences.

They looked at women in heterosexual relationships who attended a sexual and reproductive health service in studies between 2010 and 2017.

The authors – writing in the journal BMJ Sexual & Reproductive Health – found one of the most common forms of ‘reproductive control’ is for the man to tell a woman not to use contraception or to refuse to wear a condom himself.

‘Contraceptive sabotage’ is also common and can include ‘stealthing’ – when a man secretly removes a condom during sex. Other examples include pretending they have had a vasectomy or failure to ‘pull out’ as promised.