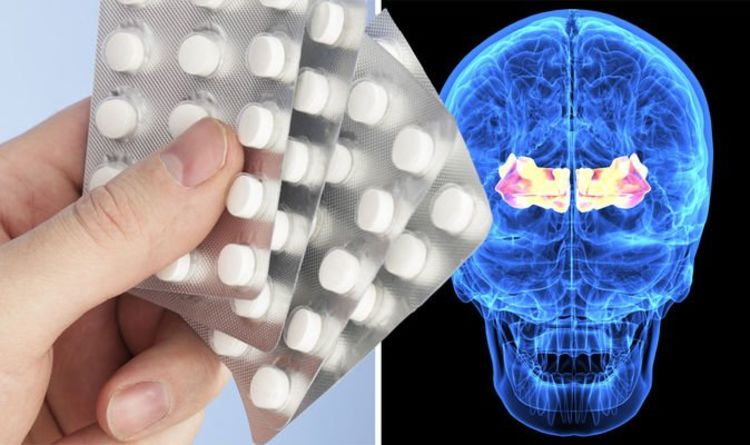 Taken at the right dose, supplements are widely acknowledged by experts to be of benefit across the population. Independent tests carried out on a number of products, however, have raised concerns over the safety of high doses and prolonged use. Vitamin E supplements, for example, may increase the risk of a haemorrhagic stroke and lower the risk of ischaemic strokes, according to one study.

Stroke can be broken down into two different forms.

According to the health body Cedars-Sinai: “A haemorrhagic stroke occurs when blood from an artery suddenly begins bleeding in the brain.”

The health body defines an ischaemic stroke, on the other hand, as a stroke that occurs “when blood supply is cut off to part of the brain”.

According to one study, the risk of the latter could increase in line with prolonged supplementation with vitamin E.

The authors of the study noted: “Given the relatively small risk reduction of ischaemic stroke and the generally more severe outcome of haemorrhagic stroke, indiscriminate widespread use of vitamin E should be auctioned against.

The team noted, however, that vitamin E did not significantly affect the risk of stroke overall.

A total of 223 haemorrhagic strokes were recorded among the 50,334 people who took vitamin E supplements.

The research, undertaken by Marcus Shürks, a researcher at Brigham and Women’s Hospital in Boston, looked at nine international trials that included more than 118,000 study participants.

A total of 59,357 participants took vitamin E supplements, while the rest took a placebo.

Based on their findings, the researchers estimated that there could be one additional haemorrhagic stroke for every 1,250 people taking vitamin E.

One ischaemic stroke, on the other hand, could be prevented per every 476 people taking vitamin E.

The NHS states: “You should be able to get the amount of vitamin E you need by eating a varied and balanced diet.

“If you take vitamin E supplements, do not take too much as this could be harmful.

Separate bodies of research have suggested that regular intake of 400mg of vitamin E, however, may increase the risk of lung cancer.

In research conducted by the University of Washington in Seattle, a team of scientists found that taking 400 mg of vitamin E for 10 years increased the risk of lung cancer by 28 percent.

Taking 100 mg of the vitamin each day raised the risk of disease by seven percent.

Health experts have continuously warned against the use of vitamin pills as substitutes for a healthy diet, stressing that other compounds found in fruits and vegetables are equally important.

According to the NHS, good sources of vitamin E include plant oils, such as rapeseed, sunflower, soya, corn and olive oil. Nut seeds, and wheat germ, which is found in cereals, are also good sources.