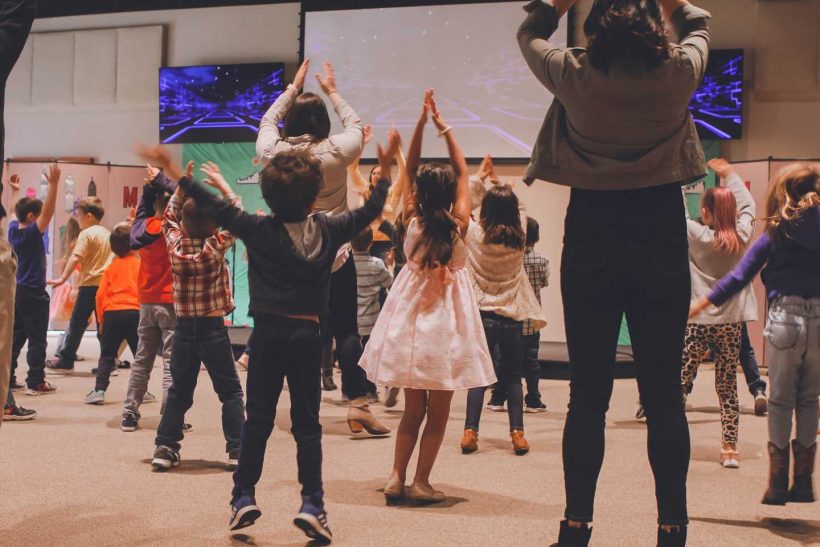 Implementing school-based programs aimed at teaching healthy cardiovascular health habits as early as preschool can achieve lasting lifestyle changes in children, according to a review published today in the Journal of the American College of Cardiology.

Previous studies have found that unhealthy lifestyle habits such as a nutritionally poor diet, sedentary lifestyle and smoking, all of which contribute to cardiovascular disease risk, are prevalent among children and adolescents. Additional research has also found a relationship between poor cardiovascular health in childhood and poor cardiometabolic health in adults.

“The SI! Program (Salud Integral—Comprehensive Health) was developed as a multilevel and multicomponent school-based program for the promotion of cardiovascular health and achieving lasting lifestyle changes in children from preschool age. It was implemented in three countries from year 2009 onwards,” said Valentin Fuster, MD, Ph.D., general director at Centro Nacional de Investigaciones Cardiovasculares (CNIC), director of Mount Sinai Heart and principal investigator of the project.

“The school environment is a great area to introduce lifestyle interventions, because children are spending so much of their time there,” said Rodrigo Fernández-Jiménez, MD, Ph.D., group leader of the cardiovascular health and imaging lab at CNIC and author on the study. “There are specific times in a child’s life when improvements can be made to enhance long-term cardiovascular health status. Our review, and previous studies, suggest that 4-5 years of age is the most favorable time to start a school-based intervention focused on healthy habits.”

The authors reviewed the 10-year results of the SI! Program, which included more than 3,800 children, aged 3-5 years, from 50 schools across Colombia, Spain and the U.S. Children were assessed on how their knowledge, attitudes and habits changed toward a healthy lifestyle. Those who received the program showed a significant increase in knowledge, attitudes and habits after the implementation of a four-month health promotion program.

To evaluate the success of the program, assessment tools were adapted to the maturation of the children. Questionnaires included simple pictures and were modified to the sociocultural contexts of each country by using names and pictures of local foods, pictures of local playgrounds and images reflecting ethnic diversity. Compared to children who received less than 50% of the program, children who received more than 75% of the program were found to have a significant change from baseline in overall knowledge, attitudes and habits.

To review the lessons learned from the SI! Program, the authors looked at dissemination (conveying information about the program to the school), adoption (the decision by the school to try the program), implementation (executing the health intervention effectively), evaluation (assessing how well the program achieved its goals) and institutionalization (long-term incorporation of the program).

“Most preschool interventions focus solely on physical activity and diet. The SI! Program breaks down cardiovascular health into four components. Through the first two components, children are learning how a well-balanced diet and physically active life are directly connected to a healthy heart. Next, they learn about emotion management, which seeks to instill behavior mechanisms against substance abuse—mainly smoking—and dietary decisions later in life. Finally, the children are taught about how the human body works and how it is affected by behavior and lifestyle,” said Gloria Santos-Beneit, Ph.D., scientific coordinator of the SHE-la Caixa Foundation and lead author of the study.

In order to accommodate the learning styles of preschool-aged children, the SI! Program used a heart-shaped mascot named “Cardio” to teach about the recommended healthy behaviors, along with the Sesame Street character Dr. Ruster, a Muppet based on Dr. Fuster, to introduce and convey messages and activities. Other materials include video segments and printed materials (a colorful storybook, an interactive board game, flash cards and a teacher’s guide). The activities and messages used were tailored based on the country in which the program was implemented, keeping in mind cultural health beliefs or practices related to food, facilities allocated for physical activity, transportation methods to school, meals provided in school, popular songs or stories, and local everyday rituals and celebrations.

Some of the challenges to be considered in implementing the program include family involvement, family socioeconomic status, the amount of time dedicated to the program and long-term adherence strategies.