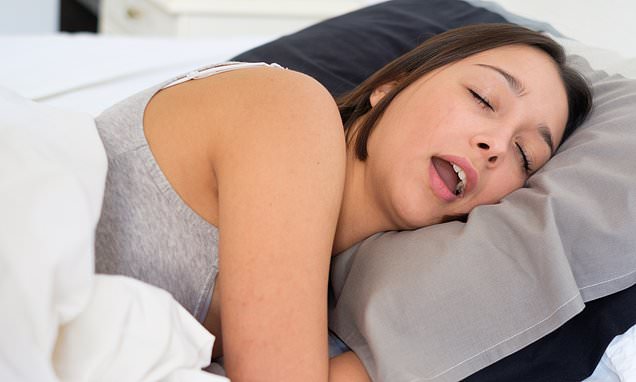 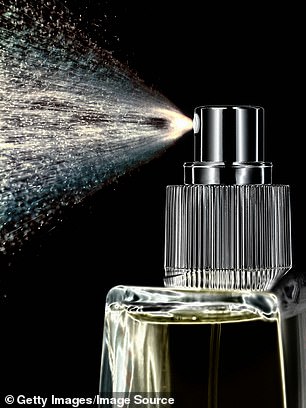 Aid: The spray contains a hormone called leptin, which is thought to regulate breathing

A spray squirted up the nose could be a new treatment for sleep apnoea, a leading cause of snoring.

The spray contains a hormone called leptin, which is thought to regulate breathing.

In a recent study in mice, scientists at Johns Hopkins University in the U.S. found those that received a single squirt of leptin experienced less snoring-related sleep disruption during the night. They are now planning human trials.

Sleep apnoea affects millions in Britain. It occurs when throat tissue collapses repeatedly during sleep, blocking the airway for ten seconds or more.

As well as disturbing sleep, the condition, if left untreated, can raise the risk of serious long-term problems such as heart disease.

When the airway is shut off, oxygen levels in the body fall. The brain then sends a message to blood vessels to tighten up in order to improve blood flow to the heart and brain — instantly driving up blood pressure.

If this happens regularly, blood pressure tends to remain raised in the day, too, increasing the risk of a stroke or heart attack.

This is effective, but some people find the mask cumbersome and research suggests nearly a third of patients never use it. Scientists hope the leptin spray could be an effective alternative. Leptin is best known as one of the body’s ‘hunger hormones’.

It is released by fat cells, predominantly in the abdomen, and tells the brain when the stomach is full. But in recent years scientists have also discovered the hormone plays an important role in other vital functions — including breathing.

Research shows leptin is involved in the development of lungs during childhood and adolescence, and its presence in the lungs stimulates the breathing process. 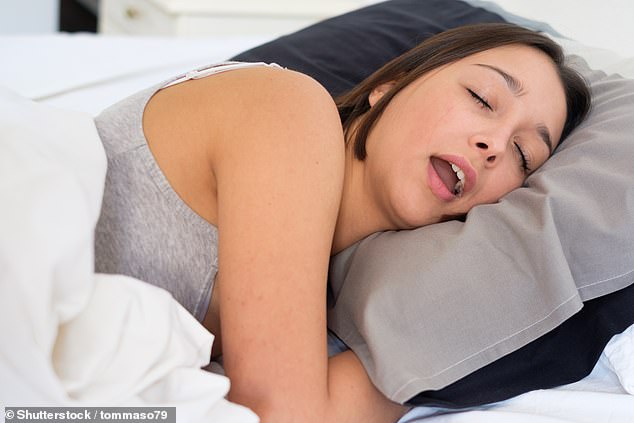 Relief: In a recent study in mice, scientists at Johns Hopkins University in the U.S. found those that received a single squirt of leptin experienced less snoring-related sleep disruption during the night. They are now planning human trials

Researchers were drawn to investigate whether it could help snorers, as sleep apnoea is a breathing-related disorder. Leptin is thought to work by strengthening the reflexes of muscles in the collapsed airway, making them contract more effectively. This opens up the airway, reducing the number of apnoea episodes.

In a study, mice were fed a high-fat diet for four months, and one group was given the leptin spray up the nose. They were then monitored for a few days.

The results, published in the American Journal of Respiratory and Critical Care Medicine, showed the mice given leptin inhaled more air into their lungs during the night, and experienced less snoring-related sleep disruption. Blood oxygen levels — a measure of how much air is inhaled — were 40 per cent higher in the leptin group than in the mice not given the hormone.

The U.S. scientists say they are setting up human trials. If successful, the nasal spray could be available as a treatment within the next three to five years.

Dr Neil Stanley, an independent sleep expert and a member of the British Sleep Society, says that although the research found leptin appeared to increase oxygen intake in mice, there is no guarantee it will have the same effect in humans.

‘There is a long way to go before this could be considered a viable treatment for sleep apnoea,’ he says.