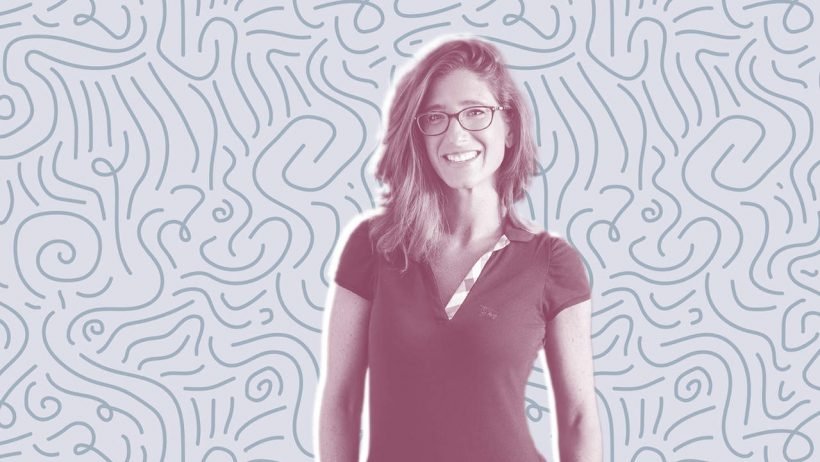 When Stephanie Sena was studying for her master’s degree in the early 2000s, a professor made a casual comment that she never imagined would resonate with her today.

Sena was studying prosthetic limb technology, and her professor told her that he’d recently seen an amputee remove her prosthetic limb at a pool before going swimming. “It was disgusting,” the professor remarked at the time. Sena thought the comment was insensitive, but as a healthy woman in her 20s, she didn’t feel personally offended.

That all changed in 2010, when Sena fell down a flight of stairs, causing a life-changing injury. The fall left her with severe nerve damage, or neuropathy, in her left foot, which made her foot totally numb. Even after she otherwise recovered from the fall, she would often injure her foot and have no idea, since she couldn’t sense discomfort or pain.

Even worse, the nerve damage from the fall made it nearly impossible for her foot to repair itself. Any foot injuries she sustained would then become infected. The infection would eventually spread to her bloodstream, resulting in sepsis, a severe response by the body to a dangerous infection that can itself be deadly.

In the years after her fall, Sena had developed sepsis an incredible five times. Last year, she took a drastic step to stop the constant bouts: She had half of her foot amputated.

“When doctors started saying I needed an amputation, my first thought was, ‘I don’t want to offend anybody,'” Sena, 39, tells Health, thinking back on the insensitive comment her professor had made years earlier. An adjunct professor of history at Villanova University, Sena has two children and also runs a social services nonprofit for the homeless.

Sena’s feelings of embarrassment about her amputation weren’t unfounded. Friends have actually told her that they’d be forced to leave the room if she took her sock off and exposed what remains of her foot. Their shaming comments, however, aren’t nearly as difficult as her fear of going into septic shock for a sixth time.

Septic shock is the end result of sepsis. As the body releases inflammation in the bloodstream to try to fend off the infection, it causes a chain reaction whereby organs can shut down. If sepsis progresses, blood pressure can become dangerously low. That’s when septic shock sets in, and it can be lethal.

After her fall, when she was still battling foot wounds, Sena would feel completely fine in the morning and then go into septic shock by night. “When I get it, it’s like wildfire through my body,” she recalls. “I never feel safe.”

During the time, Sena had tried everything to get the wounds on her foot to heal, including countless medications and a pressurized oxygen chamber she sat in for eight hours a day. But nothing helped stave off another bout of sepsis.

Amputation was Sena’s last option. In 2016, doctors first amputated just her big toe. Subsequently, they followed up by taking off her second toe, and then her third. In late 2018, after another bout of sepsis, they removed half of her foot to get rid of infected bone.

The amputation was the last time Sena was in the hospital. “Right now is the longest I’ve gone without a wound in many years,” she says. “I have to say, though, I’ve said that before, and then I’ve come to regret it. I have a very hard time planning anything in the future because it’s all a question mark for me. I really can’t believe I’ve survived this many cases of sepsis.”

To further complicate things, Sena’s health insurance plan has left her with massive medical debt. As an adjunct professor, she wasn’t eligible for coverage through Villanova. So on her own she’d signed up for an accident and sickness hospital indemnity plan that paid only a set dollar amount for a limited list of services. Unfortunately, most of the services Sena ended up needing weren’t covered. She says that was not made clear to her when she enrolled in the plan, and she’s accumulated over $20,000 in medical bills.

Needless to say, Sena has been angry about her situation. “My lifestyle is so healthy,” she says. “I eat ridiculously well, I work out, I get a lot of sleep. I do a lot to make sure my body is as healthy as it can be, and I was angry because I was like, I do all of this, but my body just keeps failing.”

She realized, however, that she needed to shift her narrative to one of gratitude. “My body is working so hard to keep me alive,” she now tells herself. “I now thank my body, not yell at it.”

To get our top stories delivered to your inbox, sign up for the WomenIRL newsletter